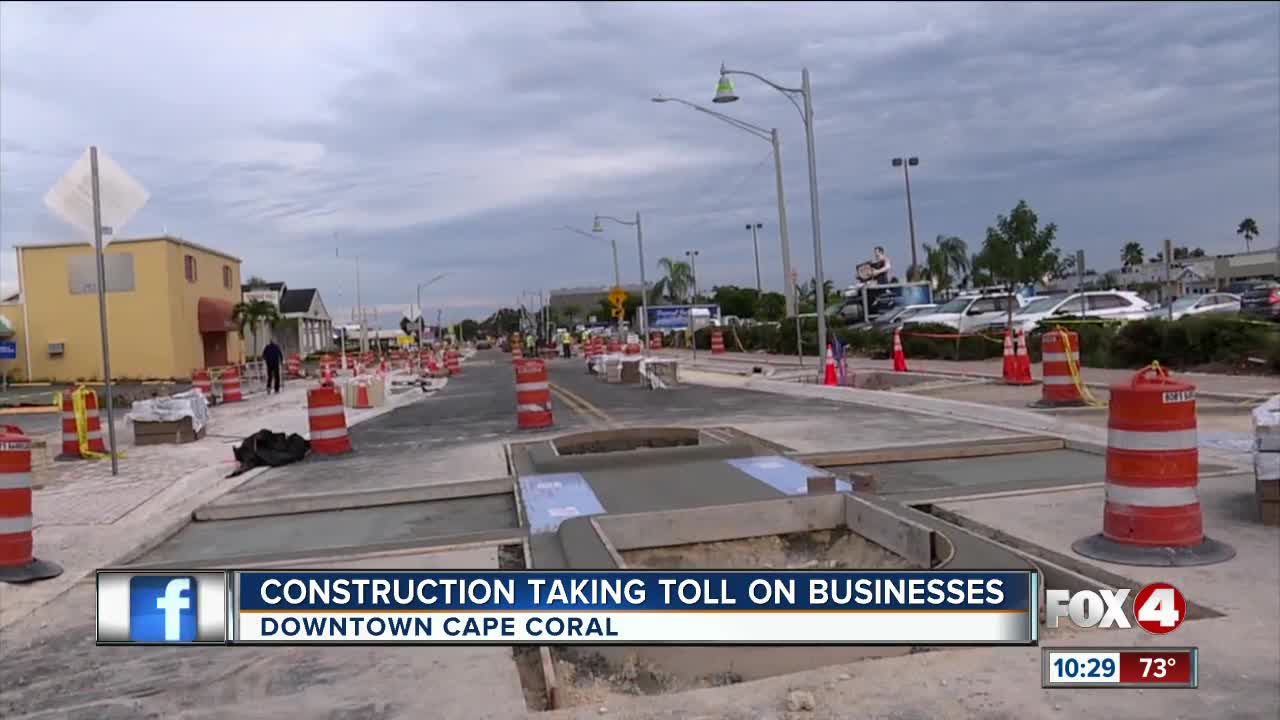 The 47th Terrace Streetscape Project has been dominating downtown South Cape roads since February of this year. Local residents claim they avoid visiting the area because it's a hassle to get around.

CAPE CORAL, Fla. -- The 47th Terrace Streetscape Project has been dominating downtown Cape Coral roads since February of this year. Local residents claim they avoid visiting the area because it's a hassle to get around.

Roundabouts, sidewalks, and roads are under renovation. The project Public Information Specialist, Yvonne McClellan, says the construction is beneficial for a couple of reasons.

McClellan says the first is to install needed utility infrastructure. The specialist tells us "the second is to make the area safe a beautiful for pedestrians, bicyclists, and drivers traveling to downtown south Cape."

On the other hand, Fish Tale Grill employee, Shelby Estevez tells Fox 4 the construction has been a huge hit to the business. "Instead of people coming in and saying stuff like 'oh, we're so excited to be here,' it's more so like 'when is this gonna be over?'"

Cape Coral resident CeCe Fastrich says elderly people are having a rough time adapting to the construction because of the major detours. "There's a bunch of barrel signs. Then you gotta cut across where there's no cross walk."

Last week, one woman told Facebook users she tripped and fell on 47th Terrace. She claims her foot hit the raised part of the curb, causing her to fall and bruise her knee.

McClellan released a statement saying "to our knowledge no injuries have occurred as a result of this project."

According to the specialist, the construction should be finished by the end of this year.