Concerns over dogs on the loose in Cape Coral 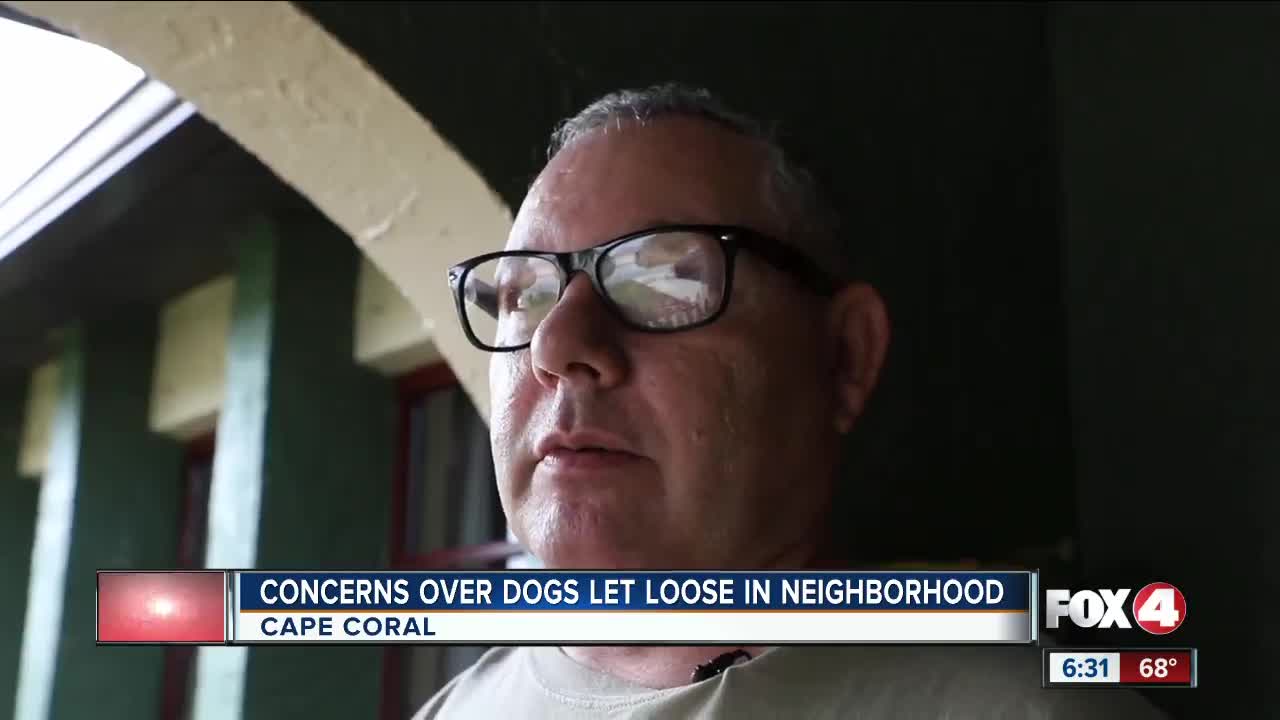 Who let the dogs out has a whole new meaning for one Cape Coral neighborhood. Residents are trying to get the city to do something about it.

LEE COUNTY, Fla. -- Who let the dogs out has a whole new meaning for one Cape Coral neighborhood. People in the area are fed up with having to worry about potentially being attacked by dogs that are constantly loose roaming the area.

From the naked eye SE 31st lane in Cape Coral looks like a quiet street.

But they have a dog problem.

“We need to be able to live in our neighborhood peacefully without fear of getting attacked by a dog,” Michael Welchman, resident,

Michael posted a video on the Cape Coral Residents Group Facebook page of a few of the dogs approaching his fenc and more than 240 people have commented.

His neighbor Joel also has video of a couple pit bulls and another dog approaching his house.

According to the 4 complaints filed through Lee County Domestic Animsl Services, Kimberly Garnett is the owner of the dogs.

Neighbors say she leaves from time to time and leaves her dogs home alone.

"They won't do anything unless we get video evidence of the dogs being out, and i think that's where there’s a big problem, it almost seems like we have to do their jobs for them," said Welchman.

The videos have been sent, but the dogs are still at the home.

Lee County Domestic Animal Services has certain protocol they have to follow when it comes to something like this.

“So anytime dogs are off leash or off property what needs to happen is we either need to see the dogs off property to be able to cite the owners or to impound the dogs or we need someone to videotape and fill out a sworn statement or take a picture and fill out a sworn statement,” said Karen Fordiani, Public Information Officer for Lee County Domestic Animal Services.

Fordiani says as of Thursday afternoon, no one from the neighborhood has filled out a sworn statement.

“I guess we are going to have to do that, but I don’t know if how many of these people have the time to do that,” said Welchman.

According to city ordinance your dog has to be on an 8 foot leash if it’s off your property.

“…it’s not only for everyone’s protection, but for your own dogs protection as well,” said Fordiani.

The owner of the dogs could face up to 3 fines totaling around 500 dollars.

“We care we don’t want to see anything bad happen to her, but this is not our, it’s beyond our resources as a neighborhood as a street,” said Welchman.

Fordiani says if the owner ends up getting a fine, they can fight it in court. If people signed a sworn statement they would have to testify.