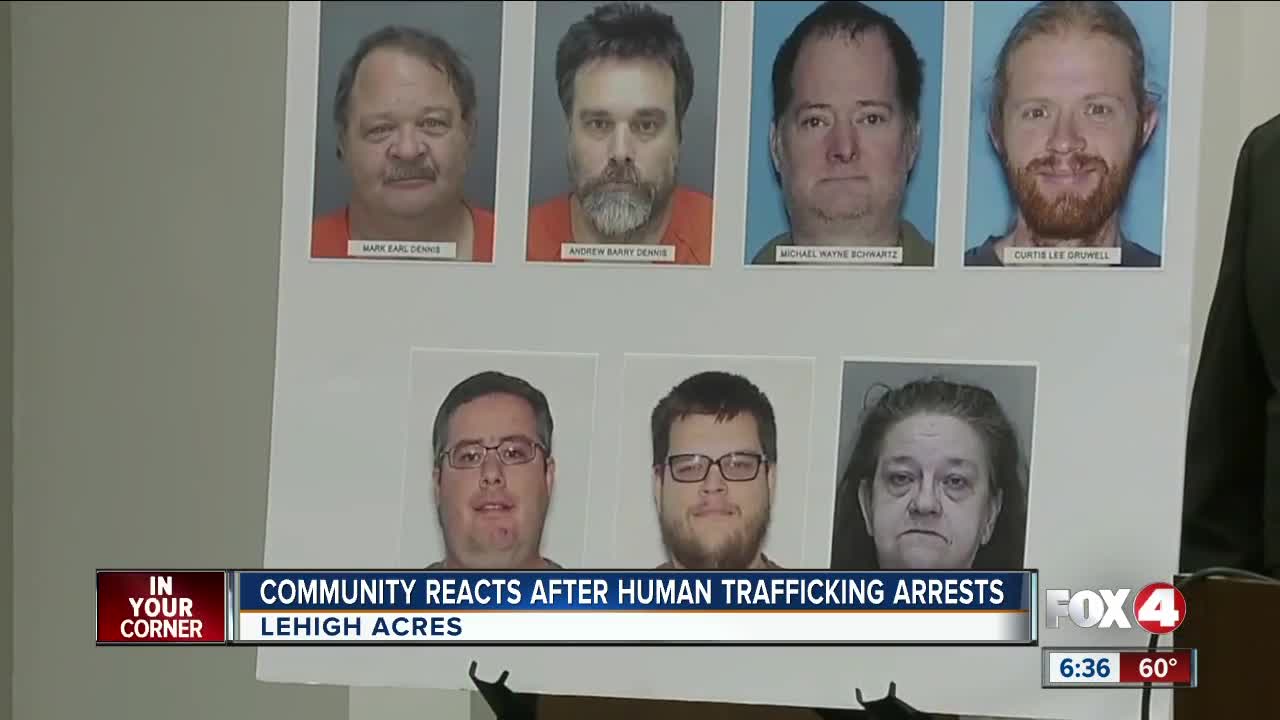 Lehigh Acres, Fla. -- A Southwest Florida community is in disbelief that several men accused of kidnapping a teen and forcing him to act as a sex slave were living right in their neighborhood.

“It’s very scary to know that this is so close, " said Danieal Roman, Neighbor.

Six men and one woman were arrested Monday and Tuesday in an 8 month long human trafficking investigation that started in Saint Petersburg.

Neighbors had no idea four of the suspects had moved into their Lehigh community.

“Its just so scary to know that it’s so close, so they’ve been watching them for 6 months, I hope and pray that they can get to the bottom of it, I hope justice is developed here, ” said the Peterson Family.

Mark Dennis, his husband Andrew Dennis, Curtis Gruwell, and Michael Schwartz all were living at one point in Lehigh Acres.

Michael Schwartz was arrested at the home on Moore Avenue, Monday morning, the other three were not there.

"I think they’re using the fact of them being gay to make it look like something big. I would absolutely be shocked to find out if any of it were true,” said Linda Dennis, mother of suspect.

Linda says the 15-year-old boy that was being trafficked had stayed with her. Mark and Andrew told her they were planning on adopting him.

“He seemed happy with him, he had no problems, now with all this I don’t know what’s going on,” said Linda Dennis.

Nola Theiss from Human Trafficking Awareness Partnerships explains how this might have gone on for so long.

“That is called protecting himself, if he had acted abnormally, if he had asked for help, who knows what would’ve happened to him,” said Nola Theiss, Executive Director.

“It’s very difficult for people who love you to accept that you did something to put somebody else in danger and because you did it you are in danger, so that’s just a mother coming out I think,” said Theiss.

The suspects in the case also trafficked another boy through the video game app Discord.