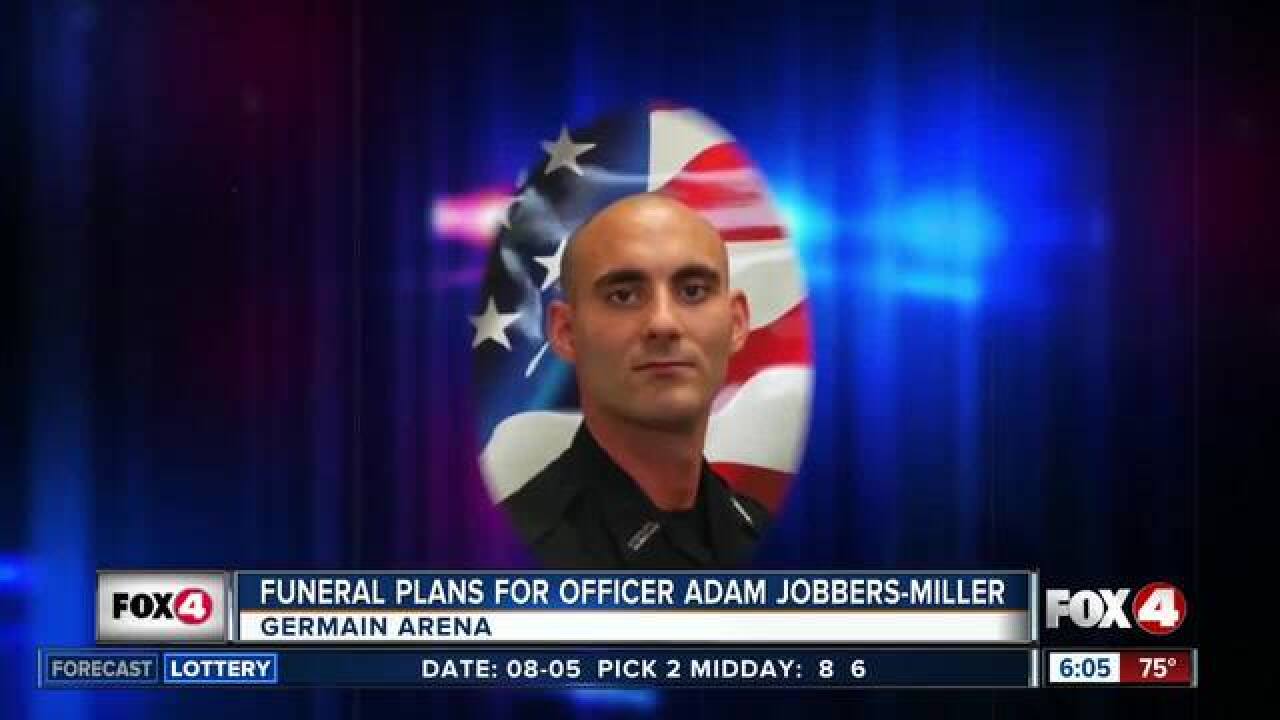 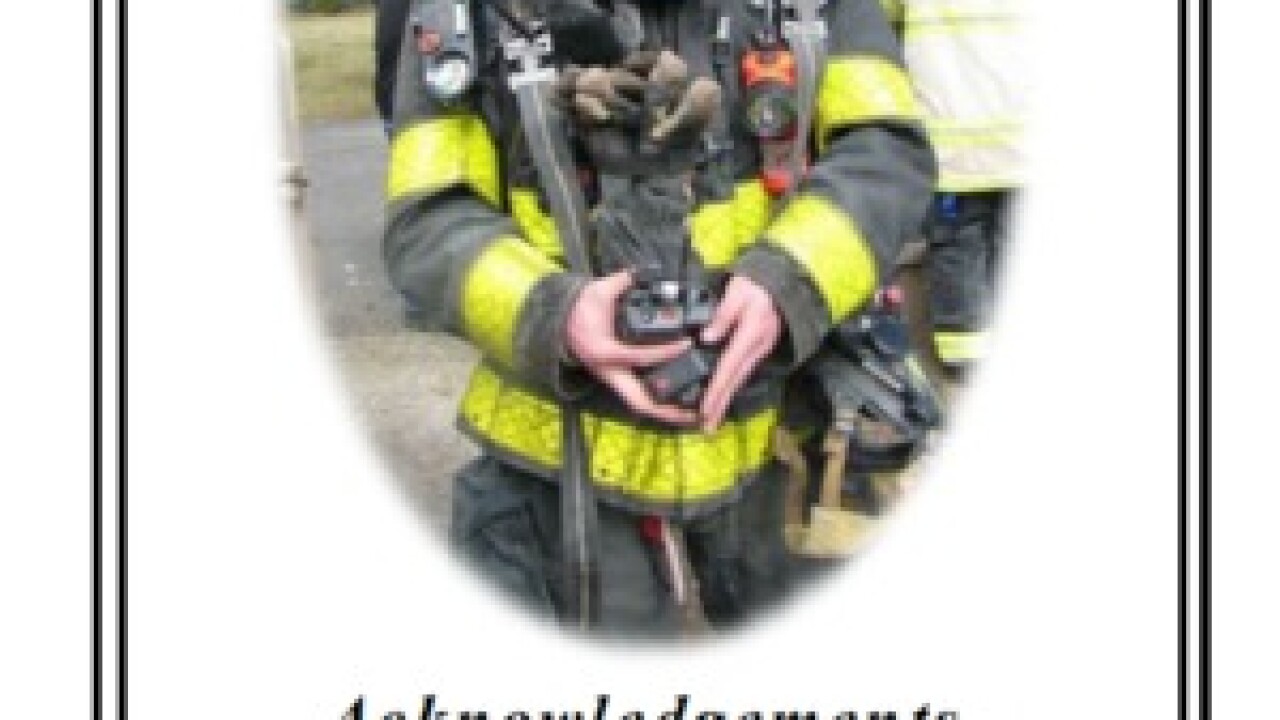 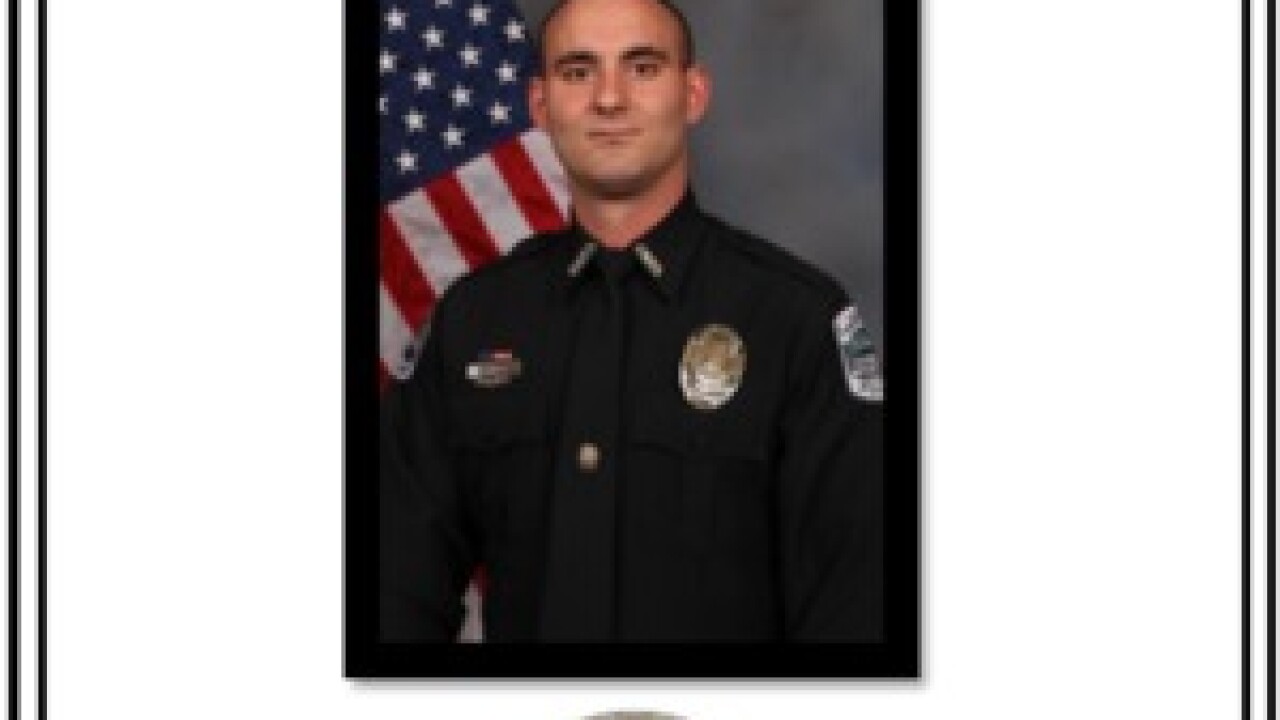 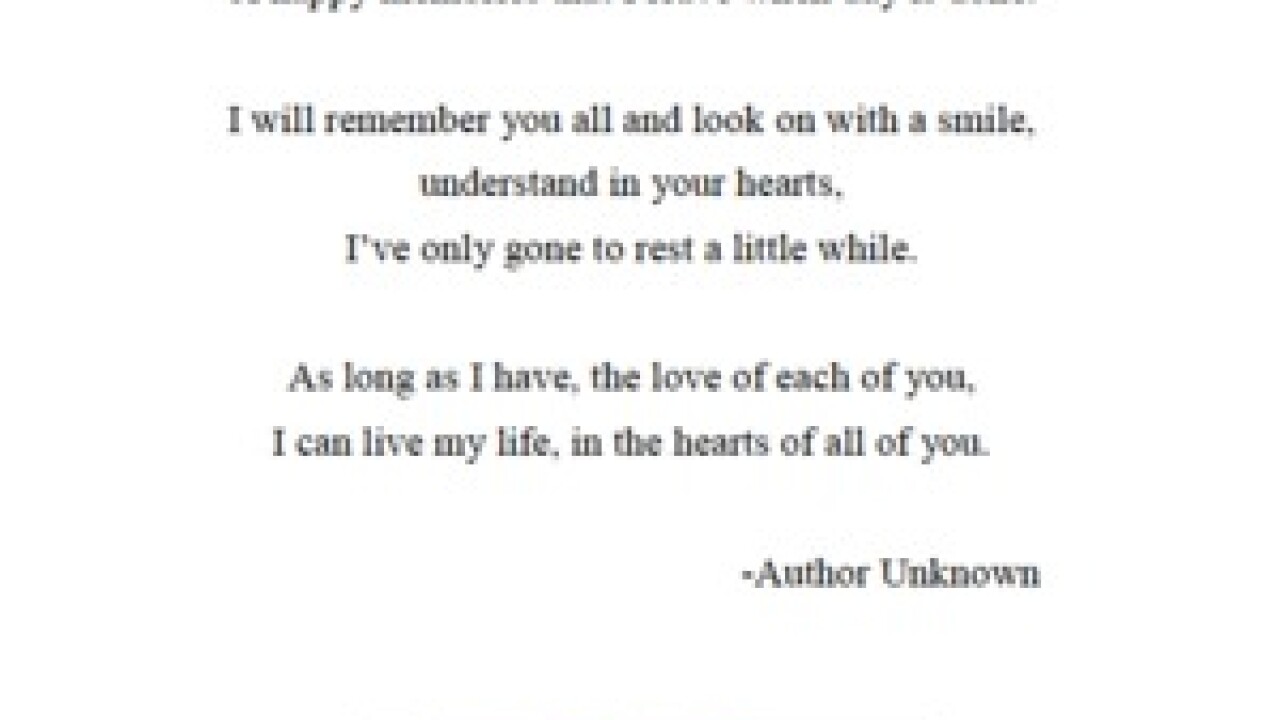 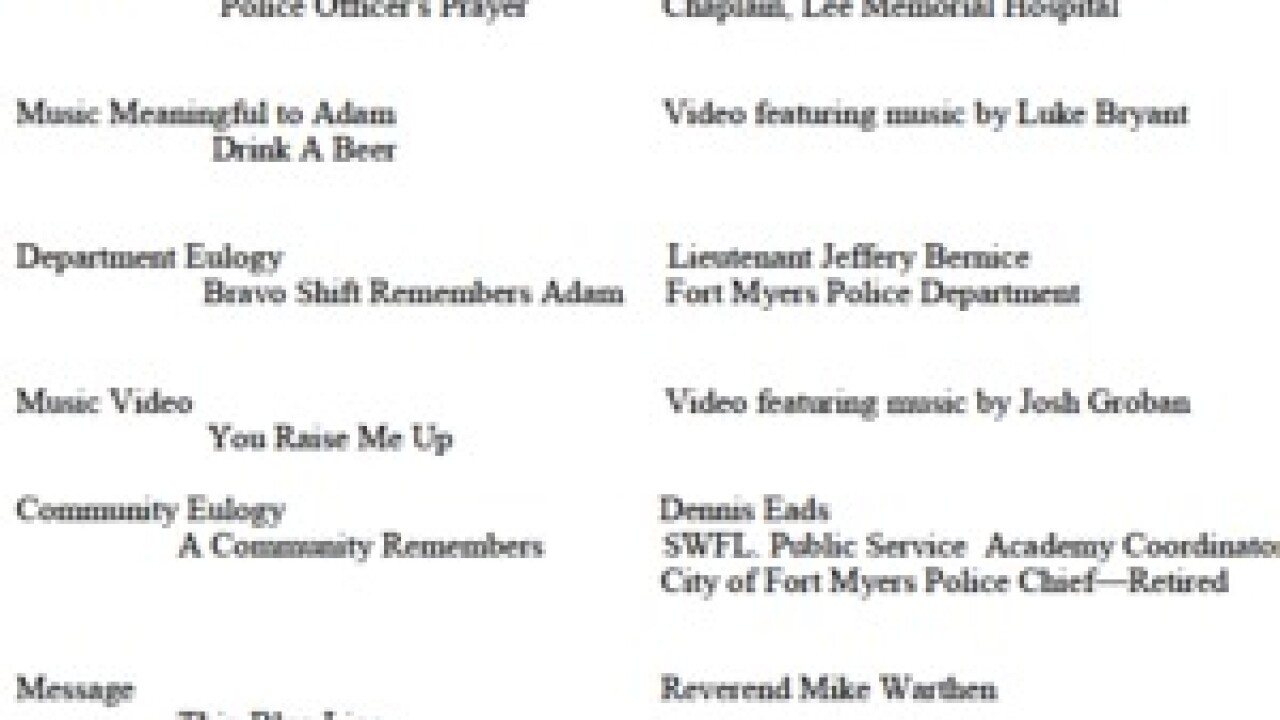 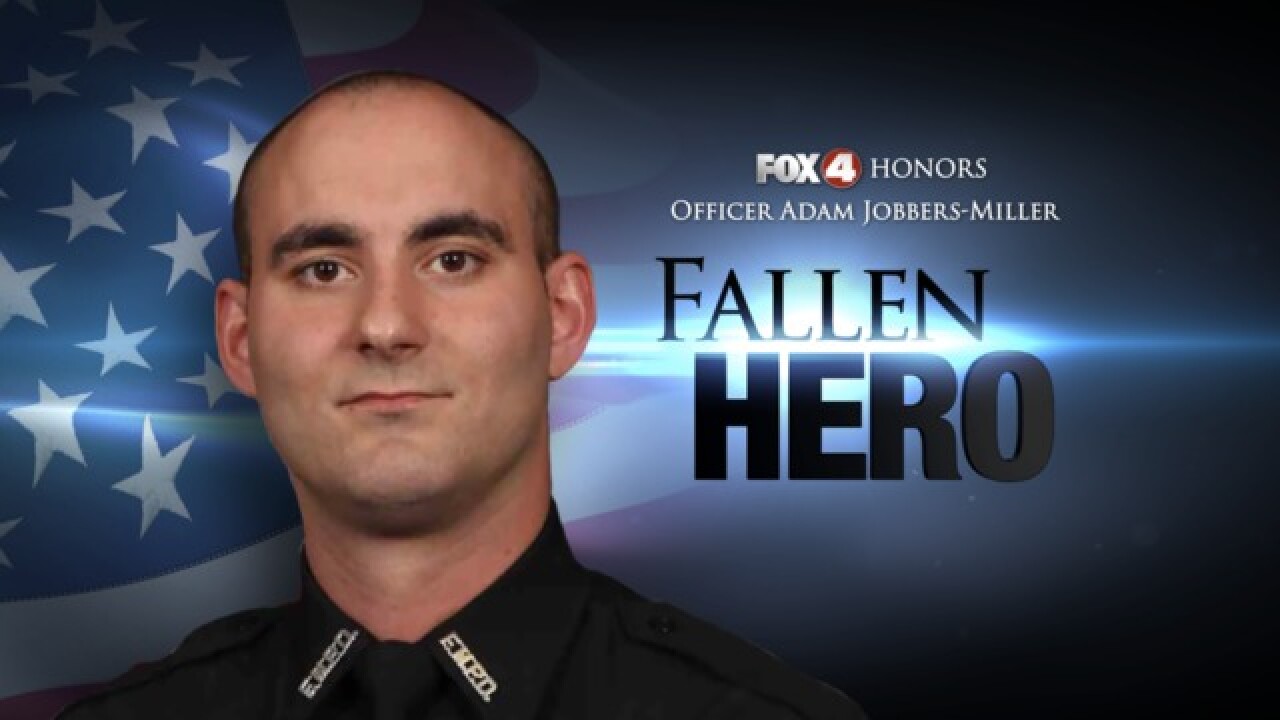 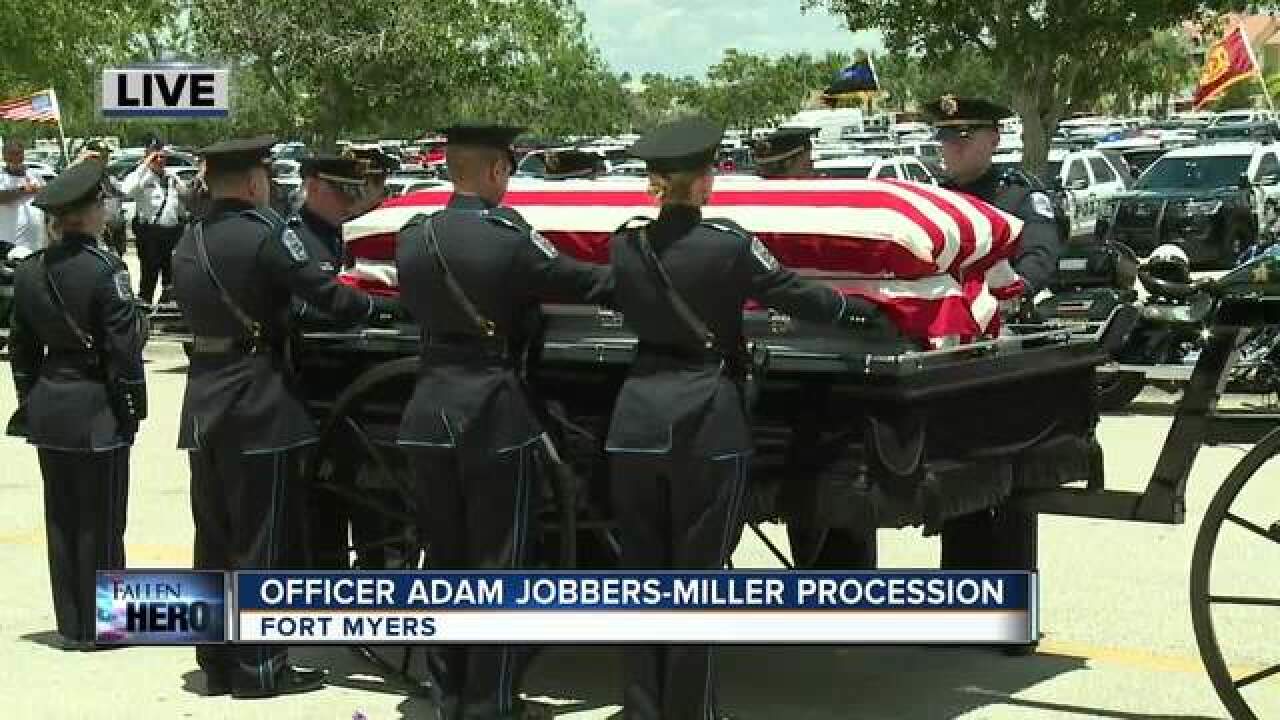 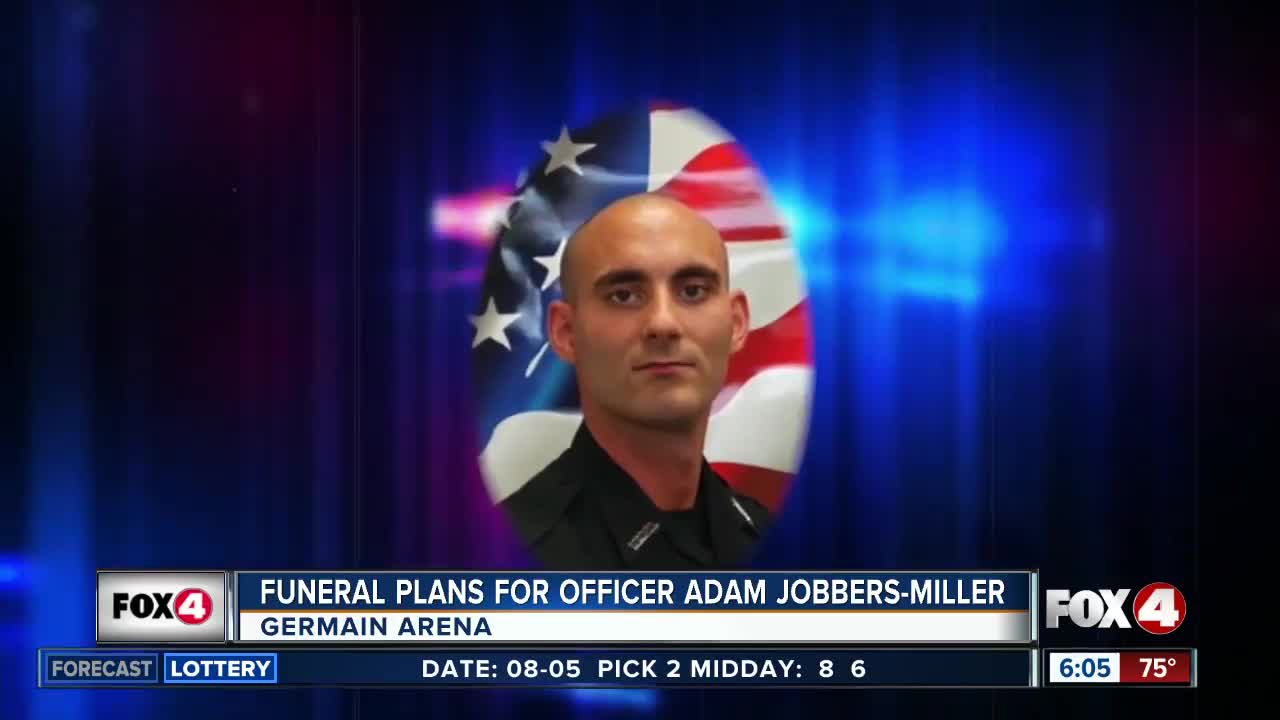 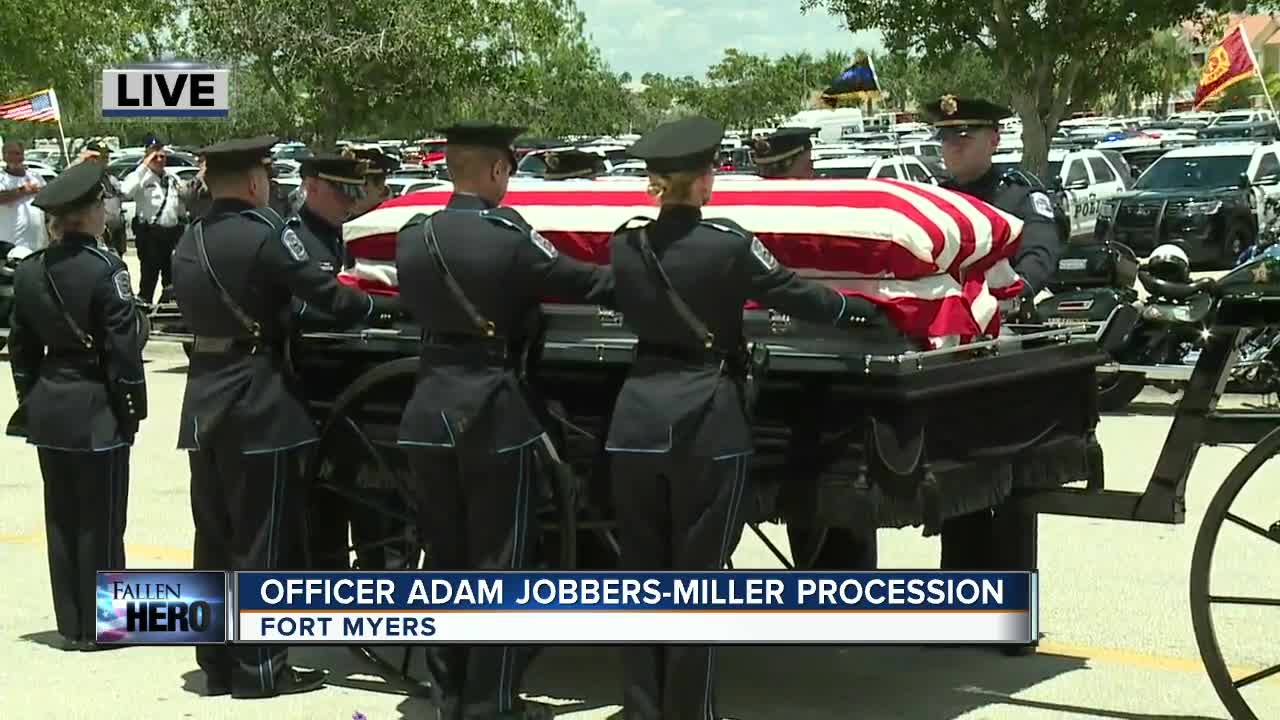 The Southwest Florida community is invited to attend the funeral of fallen Fort Myers Police Officer, Adam Jobbers-Miller, who was shot in the line of duty last month.

Officer Jobbers-Miller, 29, was shot on July 21 after responding to a call at the Marathon Gas station on Dr. Marin Luther King Jr., Boulevard in.

Jobbers-Miller died one week later from his gunshot wound on July 28.

The procession will leave Gendron Funeral Home in Fort Myers between 10 a.m. and 10:15 this morning and plans to arrive at the Germain Arena at 11 a.m.

Doors will open for the full honors ceremony at 9 a.m. and will begin at noon. Germain area can hold around 5,500 people.

Tune in to Fox 4 News, online and on air on Monday for complete coverage of the funeral.

RIBBON IN REMEMBERANCE: LCSO is handing out blue & black ribbons to honor fallen Officer Adam Jobbers-Miller. Volunteers made more than 15,000 ribbons. They will be given to people attending the funeral ceremony at Germain Arena. @Fox4Now pic.twitter.com/ZXSzmqsc6H

HAPPENING NOW: Officer Adam Jobbers-Miller’s family is inside the funeral home. The procession starts at around 10AM. The ceremony begins at noon at Germain Arena. The service is open to the public so everyone is welcome to pay their respects. @Fox4Now pic.twitter.com/1FIBNL6xwh