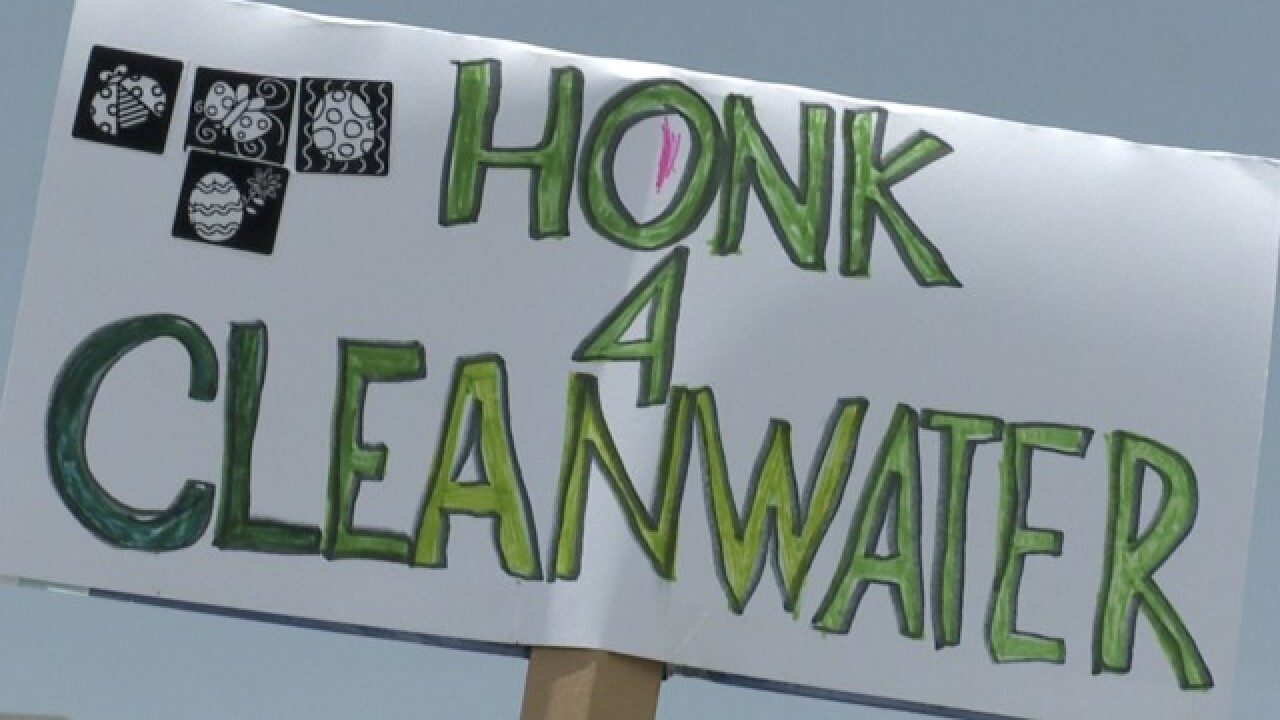 Community members took to the Matanzas Pass Bridge beaded toward Fort Myers Beach this weekend to speak out against the release of water from Lake Okeechobee into the Gulf of Mexico.

Heim said he's been speaking out on the issue for some time. He told Fox 4 he put the event together to allow other people who were passionate about the water the opportunity to publicly speak out as well.

One of those people was Lorraine Mazzucco, who told Four in Your Corner that she's seen a drastic change in the water quality in the time since she's moved to Southwest Florida.

“It's atrocious what's happening to our ecosystem”, she said.

Mazzucco also told Fox 4 that she's been doing activities she enjoys less and less because the increasingly brown color of the water makes her nervous about going in.

Mazzucco is hoping that small demonstrations like this one will attract more people to speak out against the water being released into Lake Okeechobee.

Mazzucco, Heim and the other people on the bridge also expressed their determination to keep up the momentum. They told Fox 4 they intend to put more pressure on elected officials as well, attending city council meetings and reaching out to other elected officials until something is done.