Comedian returns to Naples comedy club after cops were called 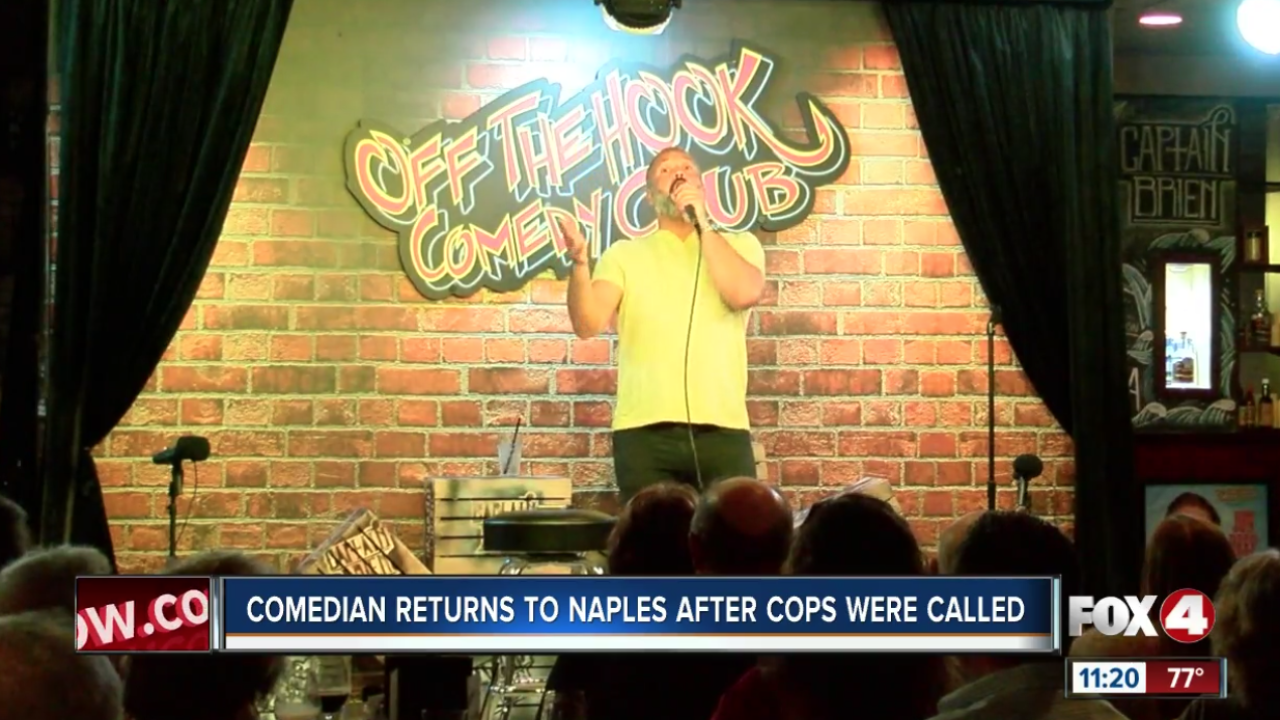 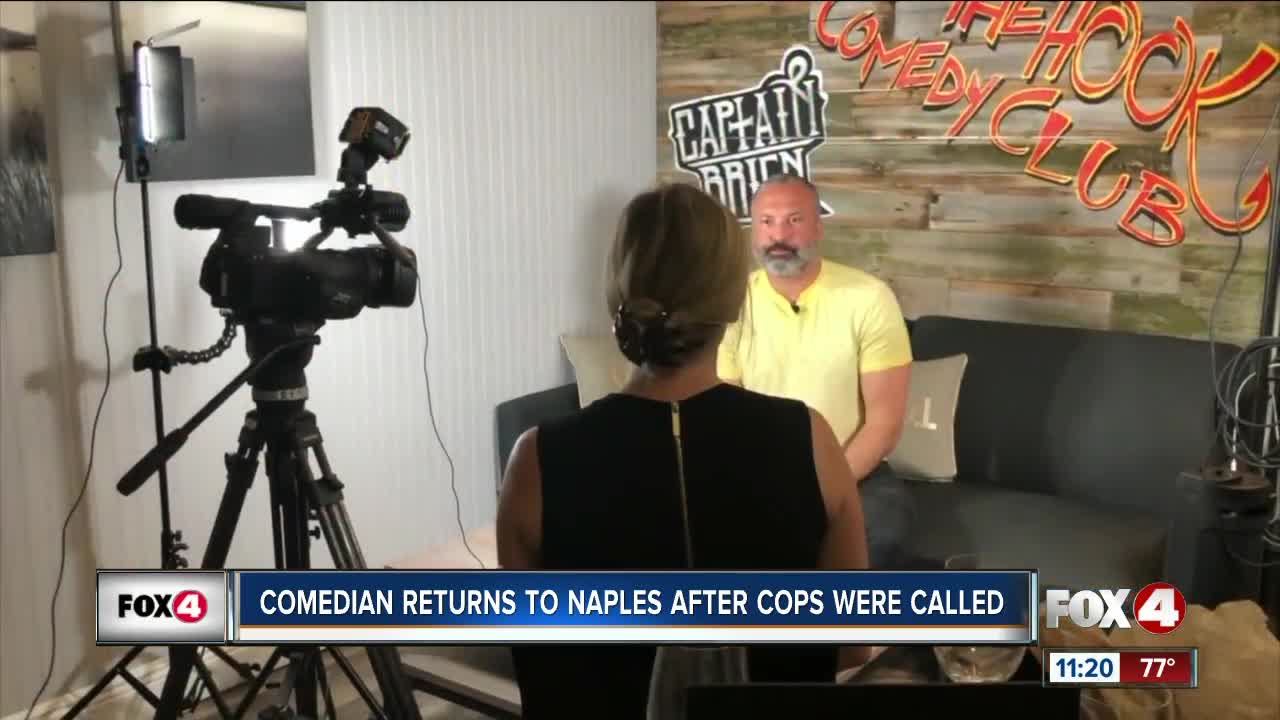 NAPLES, Fla. – The last time comedian Ahmed Ahmed performed in North Naples, he had deputies called on him for one of his jokes.

The funnyman returned to the stage Wednesday’s night at Off the Hook Comedy Club and of course, there was an elephant in the room.

The comedy act kicked off with the 911 call that gave this comedian national attention.

“Look if the 911 caller is watching this, I want to hire you as my publicist,” said Ahmed.

The anonymous caller told the Collier County Sheriff's office that Ahmed said he wanted to start his own little terrorist organization in last week’s stand-up routine.

We caught up with the comedian before Wednesday’s show and he said the guy had it all wrong.

“What I said was, ‘Oh there’s a small group of us in here but hey, it only takes one of us and then everyone chuckled, and I said to tell a joke,’” said Ahmed.

It’s joke he’s told a thousand times around the world, so we went around the club to see what others thought about it.

“I was laughing my butt off, I had tears in my eyes and everything, I mean we are at a comedy show, people need to lighten up,” said Ryan Lake.

Lake was at last week’s show and there again Thursday, in the front row and hoping for more laughs and another selfie with the comedian.

Others said they heard what happened and immediately got tickets.

“We heard he was doing an encore show, so I figured why not, I’m always up for a good comedy,” said Christy Morrow.

The club owner said they never censor the comedians, it’s part of their job to make people laugh.

“It’s a freedom of speech, it’s an art and that’s what they do and that’s how they come across with their jokes,” said Brien Spina, the Off the Hook Comedy Club owner.

The club was almost at full capacity and sources said the 911 caller was at Thursday’s night show. Ahmed said he hopes he had a good laugh.