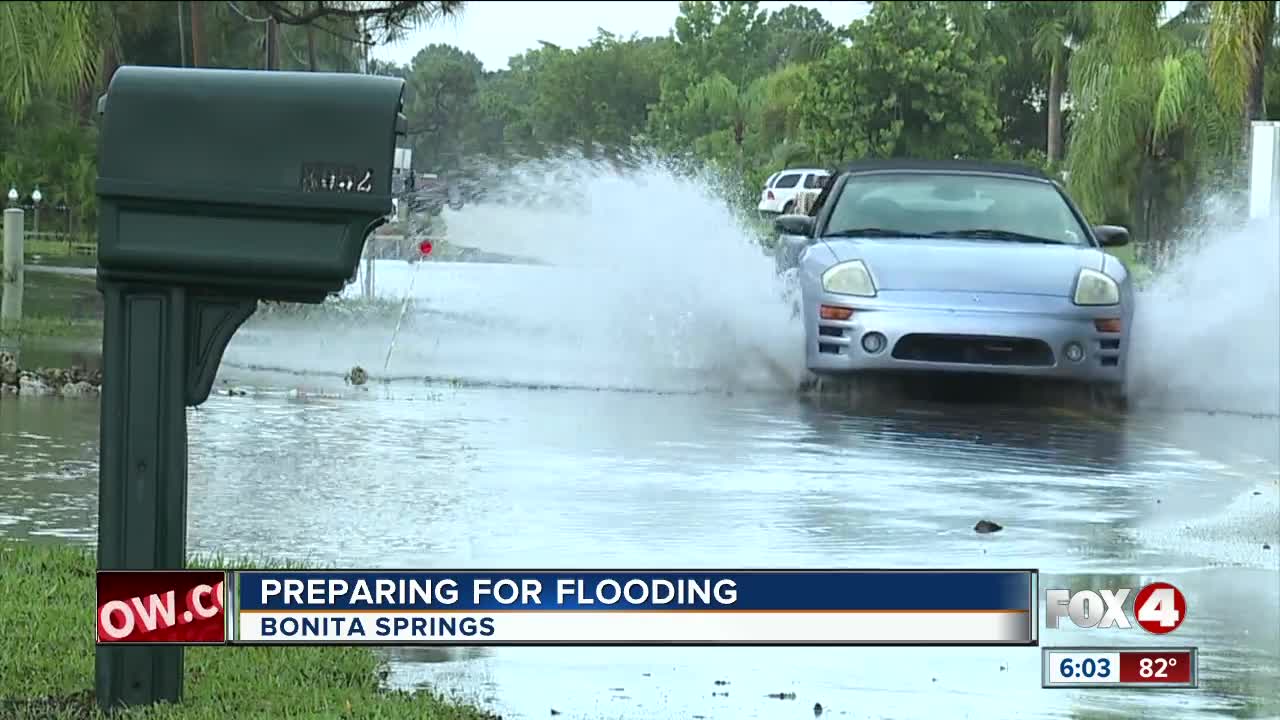 BONITA SPRINGS, Fla. — It was a soggy morning Tuesday across Southwest Florida, with several communities experiencing flooded roads. One of those communities was Bonita Springs, where two years ago, residents dealt with serious flooding that stuck around for weeks and damaged some homes.

Mango Drive in Bonita was flooded over Tuesday morning, with drivers splashing through the standing water on their way to work. The water drained off the road after several hours, but the front yards of many homes were still rain-swollen throughout the day.

Debbie Roberts' front yard on Esplanade Street looked like a lake by afternoon.

"This flooding is just from a regular rain day," Roberts said. "It's very slow to go down."

Lora Taylor, a spokeswoman with the City of Bonita Springs, told Fox 4 by email that dealing with storm water is the city's number one priority.

"Council has retained a firm to assist the city with a storm water utility study," Taylor wrote. "Bonita Springs is working with the Lee County Local Mitigation Strategy Committee to prioritize projects that were identified in the city's flood reduction study for funding through FEMA's Hazard Mitigation Grant Program."

"Additionally, we continue our outreach to our state legislature to assist in funding for study and implementation of flood prevention improvements," Taylor added.

Roberts said that while she's gotten used to a flooded yard, she'd like to see those improvements soon.

"I would hope that maybe eventually they might figure out something that would make this area a little better," she said.

The City of Bonita Springs has posted information on flood protection here.