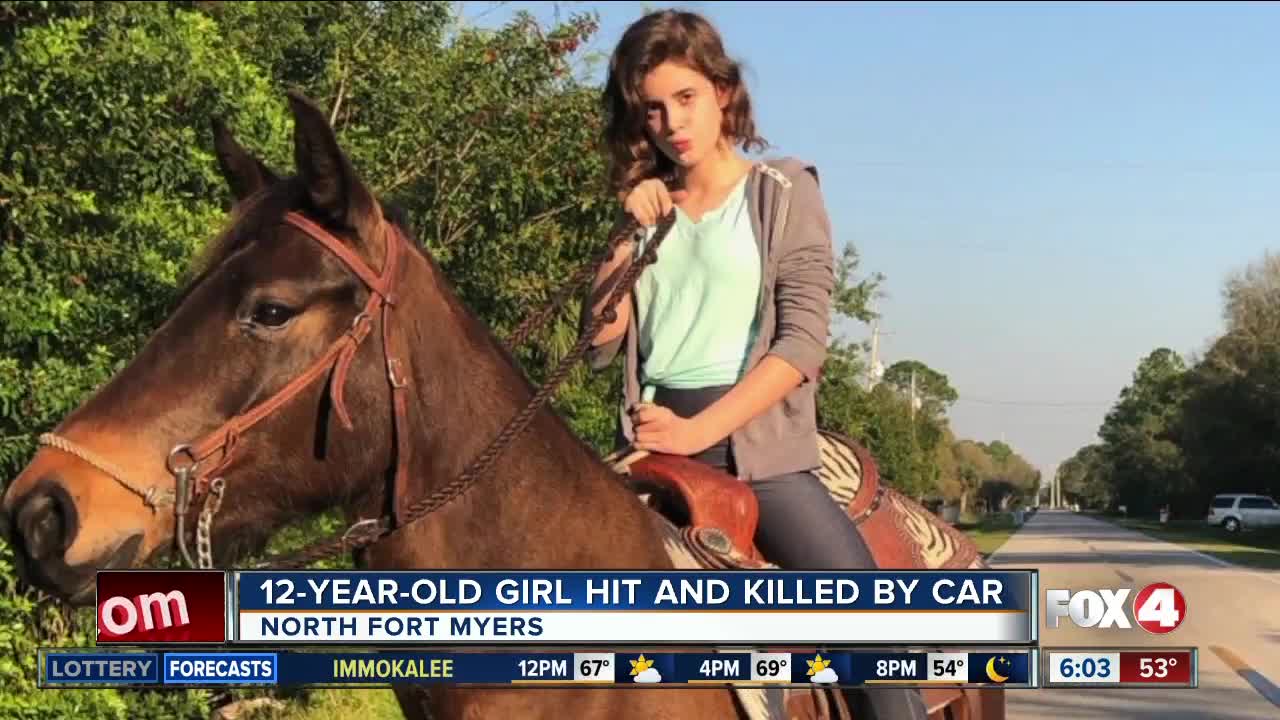 It happened in a rural section of North Fort Myers just after 7 a.m. Monday, along Durrance Road. 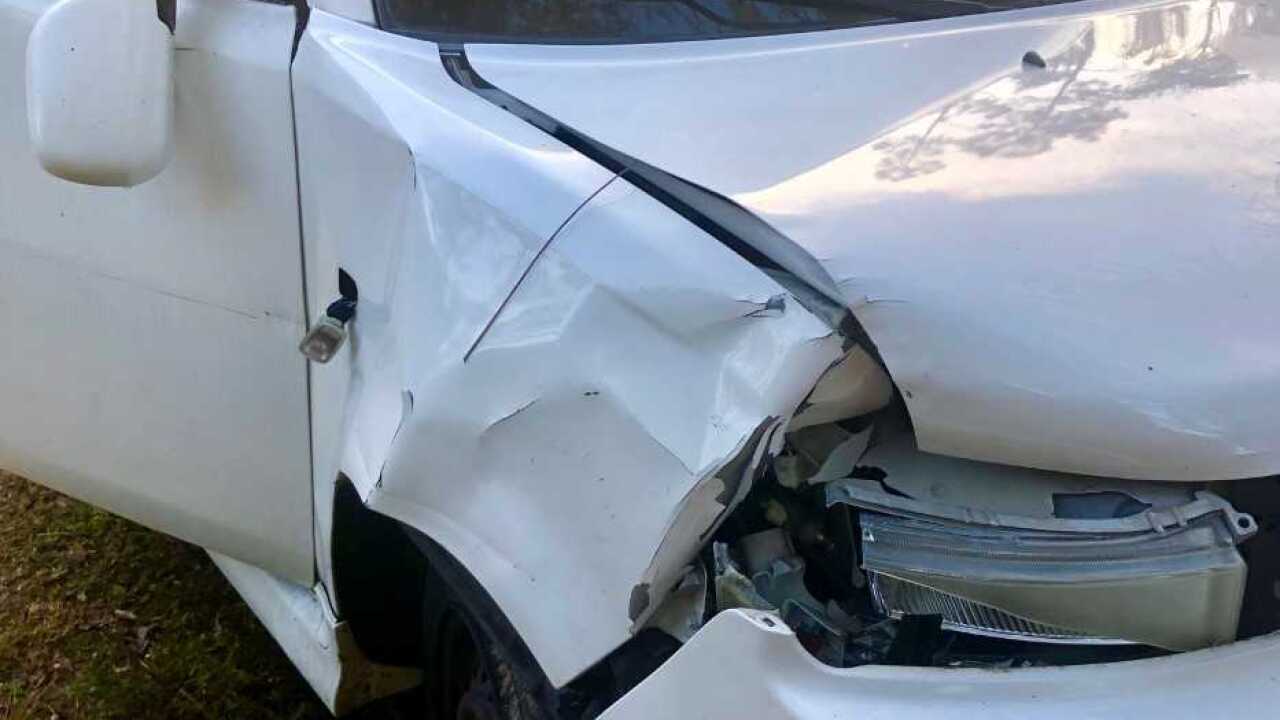 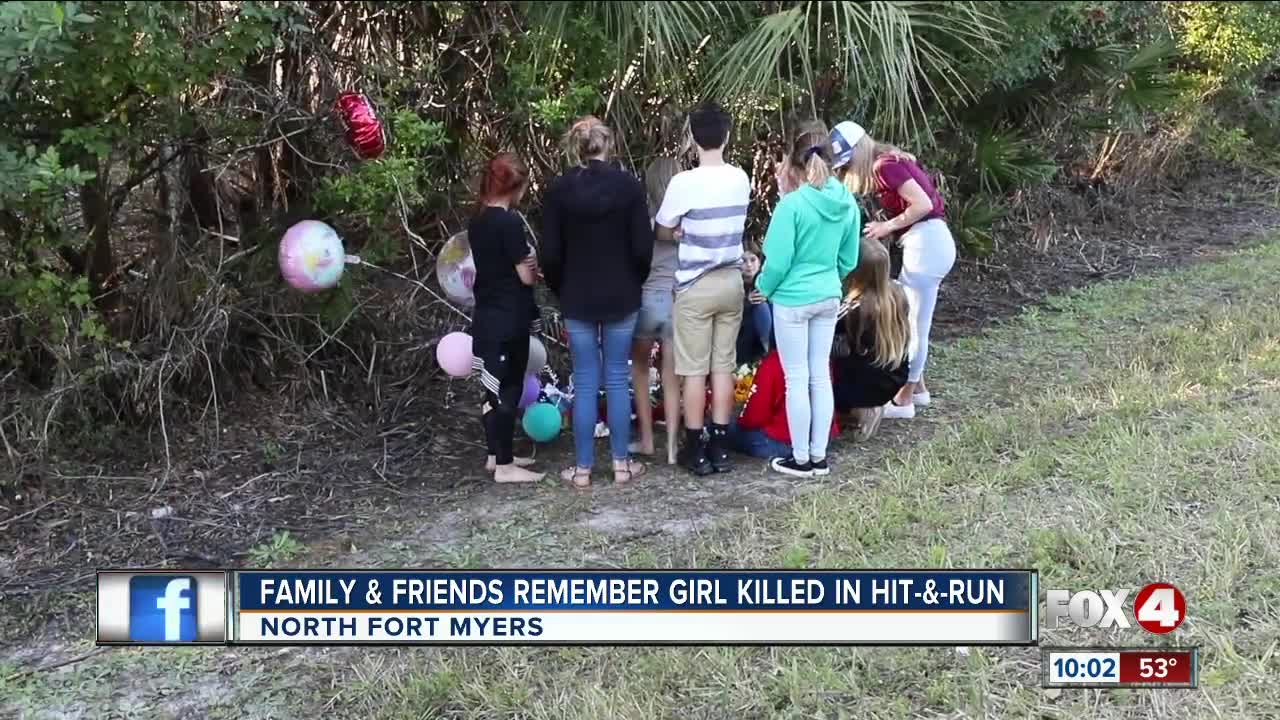 NORTH FORT MYERS, Fla. -- Troopers are investigating the death of a 12-year-old who was hit by a car early Monday morning.

“It’s heartbreaking. We are troopers and we respond to incidents like this everyday, unfortunately, but ya know this tugs at you, it tugs at your heart. This is just a little girl,” said Lieutenant Greg Bueno, Florida Highway Patrol.

It happened in a rural section of North Fort Myers east of Interstate 75 just after 7 a.m. Monday, along Durrance Road.

According to Florida Highway Patrol, 12-year-old Alana Tamplin was walking southbound along the road edge with another juvenile. That's when a car headed southbound approached them and struck Tamplin and sent her into a ditch. She was taken to Lee Memorial Hospital, where she was pronounced dead.

The other pedestrian was not hit.

Troopers say the driver, 62-year-old Mary Miller of North Fort Myers, stopped after the collision but left the scene. She returned to the scene a short time later.

“We are going to take all these factors under consideration and do our due diligence and try to best of our ability determine exactly what occurred, when, and where, so we can come to a conclusion,” said Bueno.

This isn't the only pedestrian vs. car incident in the area recently.

This is just heartbreaking. FHP says today would’ve been Alana’s 13th birthday. If you want to help her family, donate to this GoFundMe page➡️ https://t.co/PpX3pjh1PP pic.twitter.com/m9o11Us2fc

The incident is still under investigation.

A GoFundMe page was created to help Alana's family through this tough time.