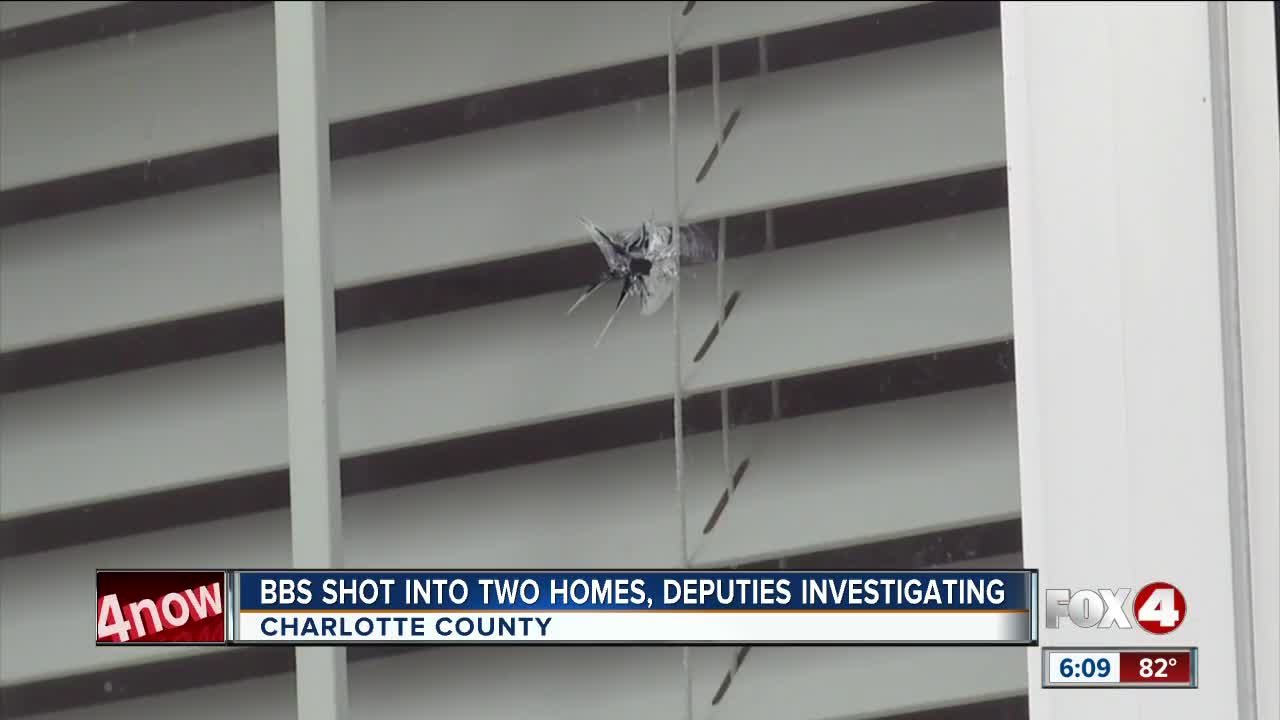 Elglewood neighbors woke up to find holes from BB gun pellets in their windows this week.

ENGLEWOOD, Fla. — Englewood neighbors woke up to find holes from BB gun pellets in their windows this week.

Susie Markel and her husband said they thought the noise they heard Monday night was their dog or their bird and went to bed, but when they woke up the next morning they found a hole in the window.

“When you think that you live in a nice, safe community, you don’t expect this,” she said.

Charlotte County detectives said a BB gun left that hole. Markel said she’s only lived on Rotunda Circle for a year now. Her husband Mark said after they woke up after they found the hole, their options are limited.

“There’s not much at this point that we can do about it, except for replace the window, and pay the money,” he said.

Deputies were called to Sportsman Place about a mile away Thursday for the same reason. Another hole left in someone’s window by a BB gun pellet. Anne Tomlinson has lived in the area for six years and said this is the last place they expected to hear something like this.

“I was just so surprised to hear that someone had their windows shot. Hopefully they catch the people who are doing this because it just worries everybody. Who would do this, and why?” she asked.

Southwest Florida Crimestoppers are offering up to a $3,000 reward for tips leading to an arrest. Charlotte County SHeriff’s Office spokesperson Katie Heck said find whoever shot the BB gun could keep people in the area safe.

“If there is someone that is shooting either from a vehicle or walking down the street there is that possibility that someone could be behind one of those windows or just be in some other way be in danger,” she said.

She added as of now deputies are investigating this as a random act.

“At this time it doesn’t appear that the specific houses that were hit were targeted for any other reason other than a random shot being fired,” she said.