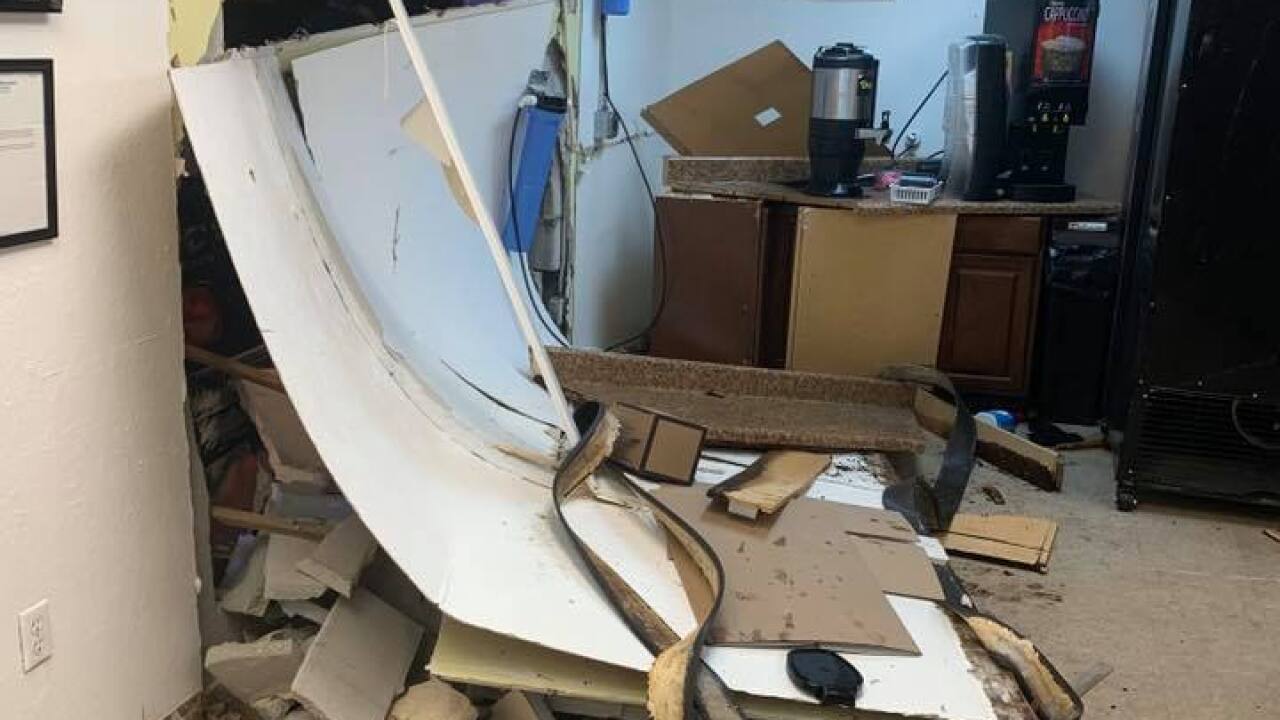 VENICE, Fla. — Two teens driving a stolen car lost control and hit the building of Yummies Donuts and BBQ in Venice, Florida, late Saturday night. According to Yummies, Sarasota County Sheriff called at 11:38 pm to notify them of the incident.

Posting on their Facebook page, they say the crash was hard enough to leave a massive hole in the concrete wall and knock over a full Coke cooler. The water line was severed and flooded the dining room.

Sarasota County Firemen helped remove all the water and remove debris inside the building. "We were surrounded but so many amazing people that were there offering help and support, late on a Saturday night. They all knew we

needed to open at 6 am Sunday. They chose to help us make it happen," they said in their Facebook post.