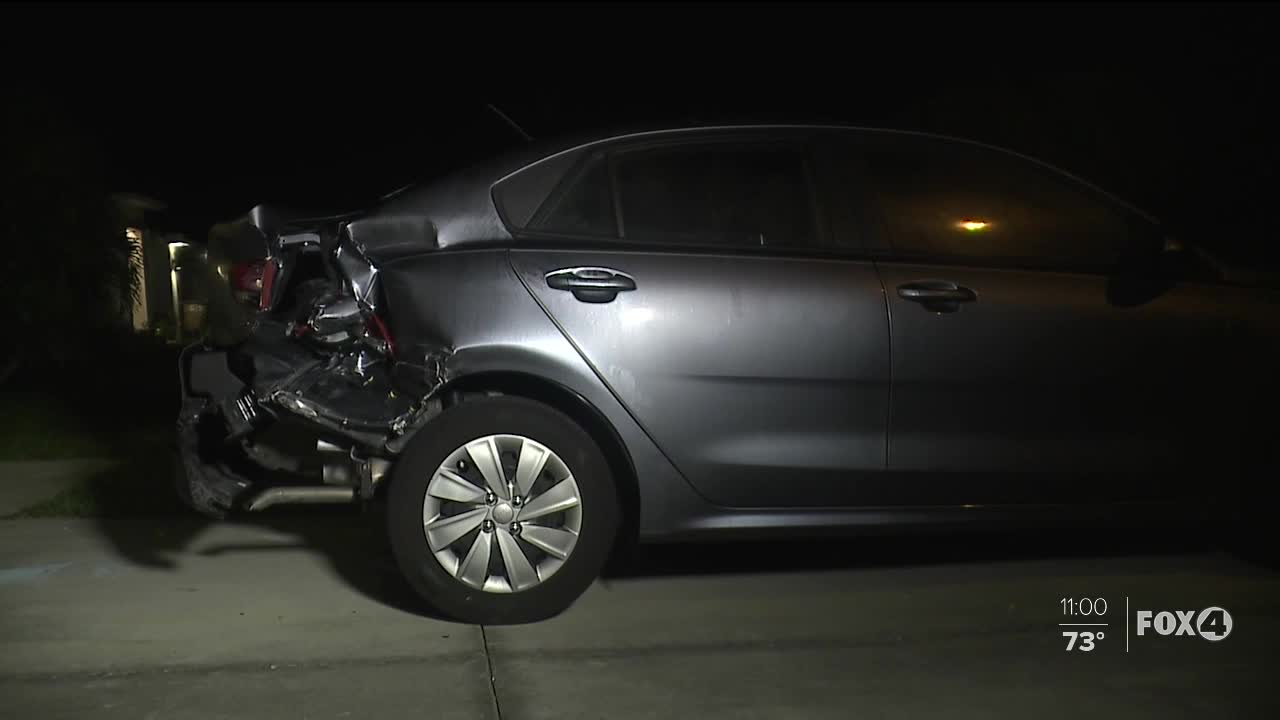 A Cape Coral woman wants harsher punishments for those who cause hit-and-run crashes.

CAPE CORAL, FLA — A cape coral woman says police are looking for the person who hit her car from behind Thursday morning and then took off.

The accident happened around 10:30 this morning near the intersection of Santa Barbara boulevard and Northeast 20th street.

Charlee Scott says she was on her way to work when a white pick up truck came flying at her, while she was stopped at a light.

The impact sent her flying into the direction of oncoming traffic, but she was able to get her car out of the way before the light changed.

Her car is busted up, but thankfully she walked away with some soreness and minor injuries.

In light of her experience, she adds that after seeing a recent rash of hit and runs in Southwest Florida, some of which have been deadly, she'd like to see stiffer penalties and higher bail amounts for those who commit the crime.

"The one on cape coral bridge he could have been easily saved and because he didn't stop something else happened. And because of it a death happened. I don't think they're pushing it hard enough," said Scott.

At this point we're told Cape Coral police is still investigating this crash.