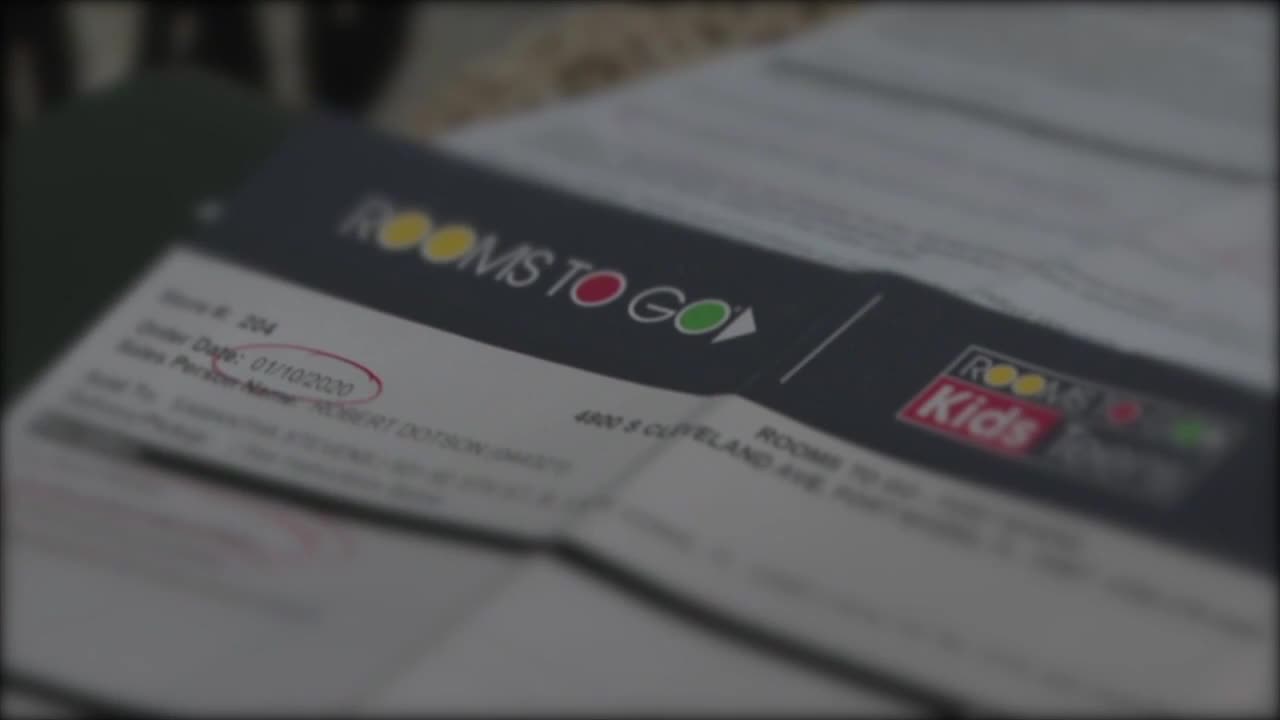 A Cape Coral woman is upset with Rooms to go for delivering damaged furniture to her house that she paid for.

The President of Rooms to Go, Eyal Rappoport, has reached out to Fox 4. In a statement, Rappoport said in part "Delivering furniture and decorating homes is of the utmost importance to the company. Right now, Rooms to Go is working to make it right. We've made multiple calls to her (the client) and have been unable to make contact. We stand ready to make it right."
----

That's the quality of furniture that a Cape Coral woman says she's received from a Fort Myers Rooms To Go.

"I paid seven-thousand and something," said the woman.

The store came highly recommended from friends, but the process has been nothing but a nightmare since the pieces were delivered on January 14, 2020.

That woman involved in the story asked not to be identified because she has previously been a victim of domestic violence.

She tells Fox 4 that she ended up being a little distracted during the delivery process, because she ended up having to call the store to ask about a bed that didn't get dropped off.

But when she got off the phone and saw what the delivery crew had left behind she was shocked.

Since then she says she's been playing phone tag with the company, trying to get them to replace the furniture.

"The assistant manager was like 'Oh we'll give you $250 off,' and I'm like 'I don't want money off, I want non-damaged furniture,'" she said.

Frustrated by the customer service response, she is also trying to cancel the three remaining pieces she's ordered.

And she is begging the company to step up and help.

"I just want them to replace the stuff that's here and then refund me for the bed and take off the ottoman and stuff that hasn't been delivered yet," said the woman.

Fox 4 has reached out to Rooms To Go and is waiting for a response.