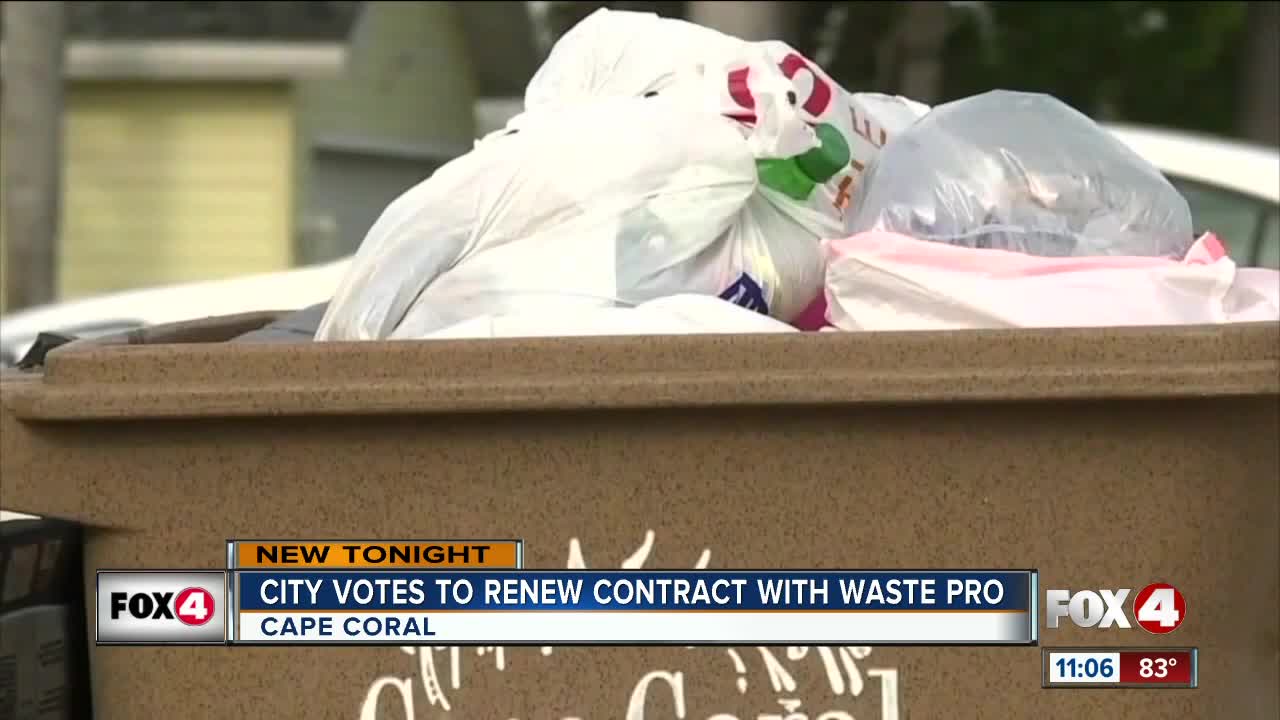 Barbara Anderson said during public comment she wants Waste Pro out. She’s lived in Cape Coral for 30 years and said she hasn’t had a problem with her recycling getting picked up until the city hired Waste Pro in 2010.

“They should have other options. Not just renew Waste Pro’s contract,” she said. “They’ll pick it up one week. Then they don’t pick it up for two weeks.”

Fox 4 tried to ask a Waste Pro representative how he plans to address Anderson’s recycling issue, but he declined to comment. He did meet with Anderson after the meeting.

“Some of the bulk trash is compliant with the code today, but we want to try to reduce the number of non-compliant violations,” said Carr.

Carr said the city’s considering another solution to keeping renters in compliance, even if they decide to partner with a company other than Waste Pro, mandatory renter registration.

“That would require all rentals to register with the city so we’re aware of where their locations are and it would open up a better communication opportunity with us to gain compliance with some of these issues,” he said.

Mafe Zuleta who lives in Southeast Cape Coral said Waste Pro comes hours after scheduled pickups. But, she said renter registration could benefit her in the long run.

“We’re the ones basically getting the experience more than anybody else, because the owners are far away, we’re just renting. That’s an awesome idea,” she said.

As far as keeping waste pro around, she said that depends on their performance.

“If they’re on top of their game then I agree. If not then we gotta go look for another company!” said Zuleta.