Cape Coral Police warn 'Driver Sober or Get Pulled Over' 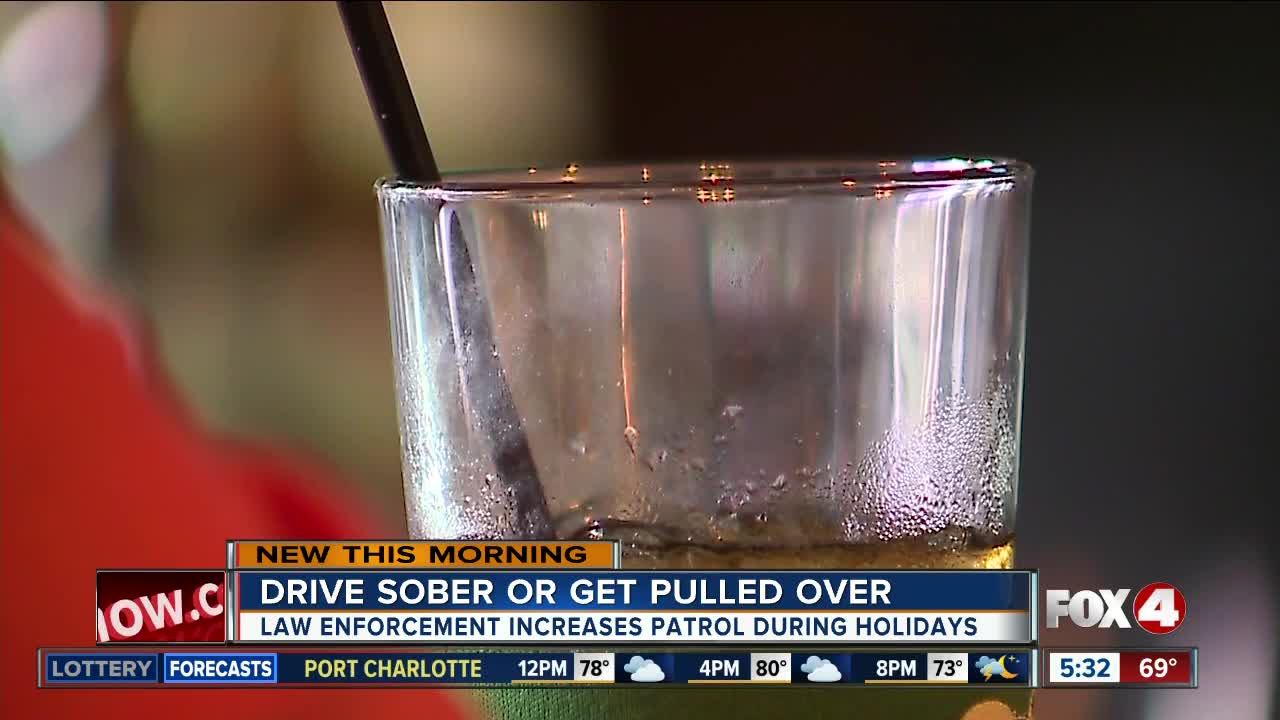 CAPE CORAL, Fla. -- The holiday season is a time for friends and family to get together to celebrate but whatever party plans you may have for the holidays, it's important to drive sober.

The Cape Coral Police Department is warning people about the dangers of drunk driving. They said from Dec. 13-31, law enforcement will be cracking down on drunk drivers. More officers will be on the road during that time, making sure drivers are sober behind the wheel to help save lives. This is all part of a national law enforcement campaign called, “Drive sober or Get Pulled Over.”

Cape Police is teaming up with the Department of National Highway Traffic Safety Administration to push the message. According to the NHTSA, 10,874 people were killed in drunk driving crashes in 2017. That means 1 person was killed every 48 minutes. Even more concerning for officers, that number is higher than it has been in the past 4 years.

They are focusing on the holidays because their data shows in December last year, 885 people lost their lives in drunk driving related crashes.

Drunk driving is not the only problem, police said drugged driving is on the rise. They said it’s a big problem across the country. Police are seeing an increase in marijuana use and drivers getting behind the wheel high. They said if you feel different, you drive different so don’t drive high. Law enforcement said drivers who are caught will get a D.U.I.

You should plan to have a designated driver before going out to a party. If you don't have one, call a ride-sharing service like Lyft or Uber or call a taxi. Police said if you see a suspected impaired driver on the road, call 911.

If you have a friend who is about to drink and drive, take their keys and make arrangements for them to get home. The NHTSA also has an app that allows you to call a taxi or a friend to pick you up at your location.