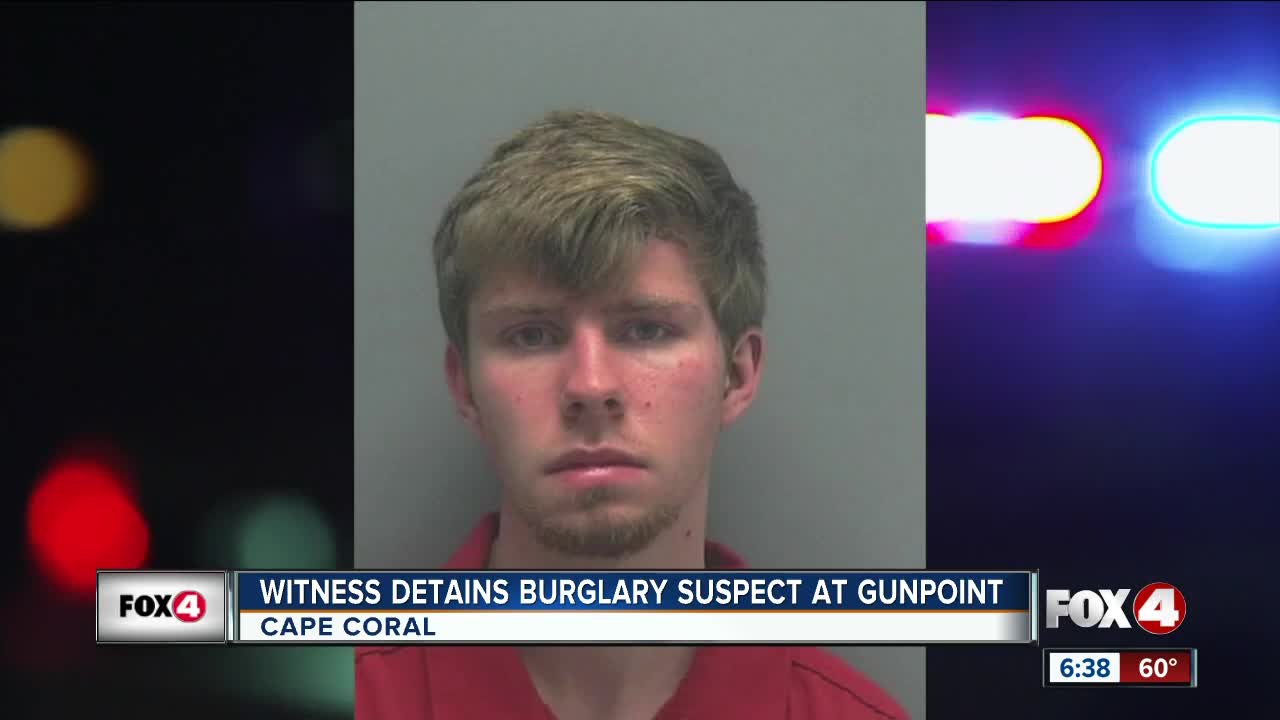 CAPE CORAL, Fla. - Another one of your neighbors is taking matters into their own hands when it comes to catching the bad guys.

First it was a person who stopped a hit-and-run suspect. On January 9th, a homeowner went face to face with another man who had a lot of ammo.

Police reports say it happened on SE 29th Terrace in Cape Coral, around 11:30 PM. Reports say the owners of the homes called police because they saw a suspicious man on their ‘Ring’ home security system. The owner did not wait for the cops, police say when they arrived on scene the owner was outside shirtless with a pistol in his hand, arguing with a man dressed in all black with several guns a his feet, along with ammo.

Although no one was injured during the incident, officers say things could’ve escalated quickly. "Taking matters into your own hands we can’t say that you can’t do that due to the fact the he was checking his own house but you have to be aware of your safety,” said Cape Coral Master Sergeant, Allan Kolak.

Police say if you do feel the need to check things out for yourself, call the police first and make sure someone is going to give the description of you to the police department.

"One of the last things we want to do is show up on a scene with someone holding a gun and we don’t know if you’re the suspect or the victim,” said Kolak.