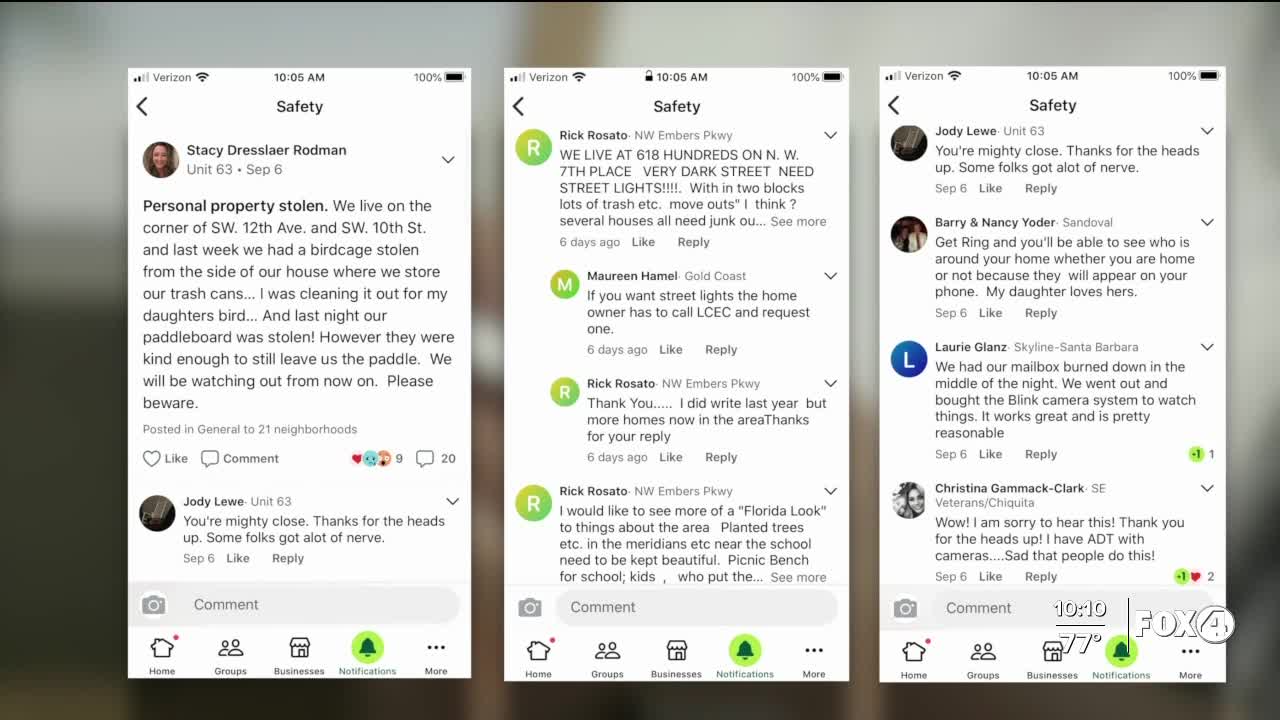 A Cape Coral woman is spreading the word after two items were stolen from her property in about two weeks time.

CAPE CORAL, FLA — Stacy Rodman is the market for a camera.

But not the kind for fun, family snapshots.

She's looking for the kind that can catch people who are up to no good.

Her new need comes after a late August theft at her Cape Coral home.

"They took the bird cage, they left the tray and the stand which was nice, but they took the actual cage," she said.

And an early September one too.

"My husband he put it on the side, it was visible because it's right up next to our air conditioner. And the next day he asks, 'Did you move the paddle board, did you bring it inside?' and I was like 'No.' and he was like 'Well it's gone,'" she said.

She recently hopped on the Nexdoor app to share the news and several others chimed in that they'd had some thefts in middle of Cape Coral too.

Cape Coral police aren't quite ready to call it a trend just yet, but Master Sergeant Patrick O'Grady did have this to say:

"You'll get that from time to time in different areas of the city," he said.

If you have items you have to leave outside, he recommends using a fence or heading to the hardware store.

"It's a simple a maybe screwing a lock of a eye bolt into your house and getting a chain and locking that up to whatever you have. That may actually stop someone because it's going to require work to get it and it's going to make noise as well," he said.

Rodman agrees. She adds that she wanted to put the word out to warn others.

She also wanted to put this word out to the thief or thieves who took her stuff.

"I just think it's hard times for everyone and maybe they were needing the extra money. That's all I can think of. Hopefully they did something good like buy food for their family," she said.