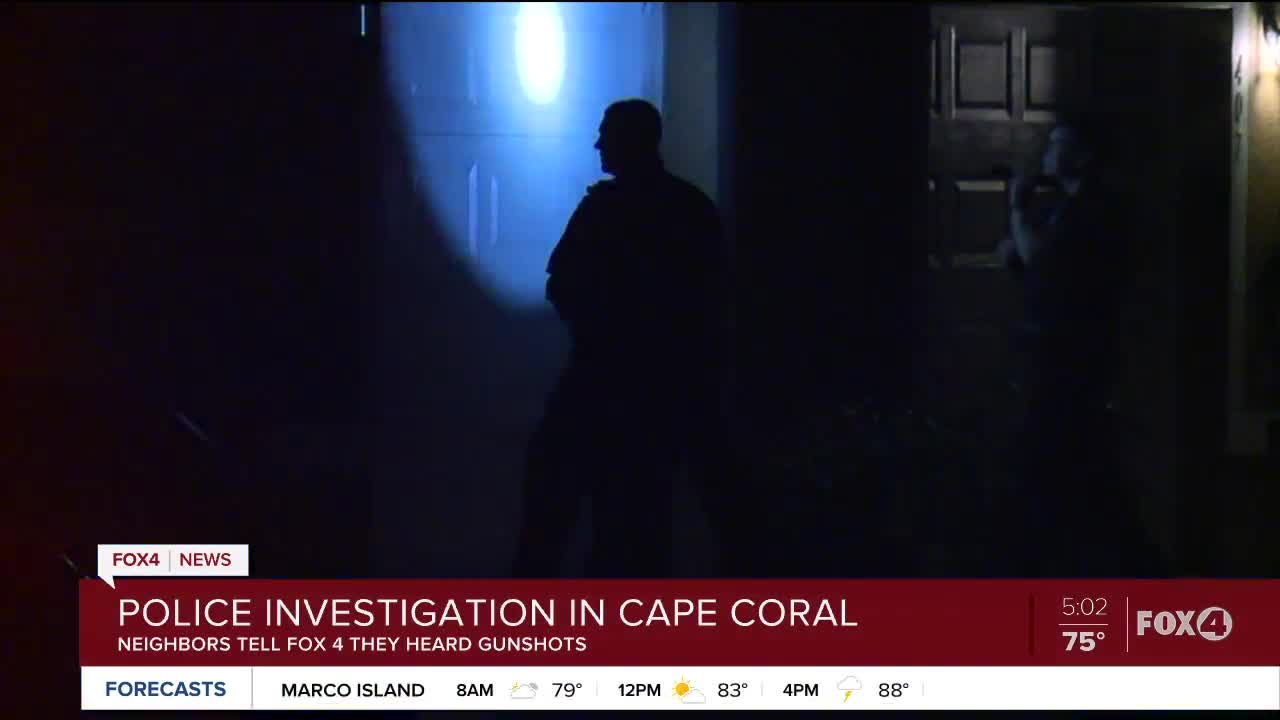 Police are investigating a scene in Cape Coral. Neighbors say it was a drive-by shooting.

CAPE CORAL, Fla. – Cape Coral police are investigating a crime scene from Tuesday morning, that those living near by say was a drive-by shooting.

This happened around 1:20 a.m. at a home on SW Fourth Street, near Nicholas Parkway.

Officers wouldn’t confirm what they were investigating, but did say no one was injured.

However, one woman who lives nearby said she heard several gunshots, and a car speeding away.

“I was actually inside my home, and heard, like, three shots,” said Judith Franco. “And as soon as I came out, unfortunately I couldn’t see the car, but I heard the car just run very fast to Pine Island Road.”

Cape Coral Police say they will provide an update on what happened later Tuesday morning.