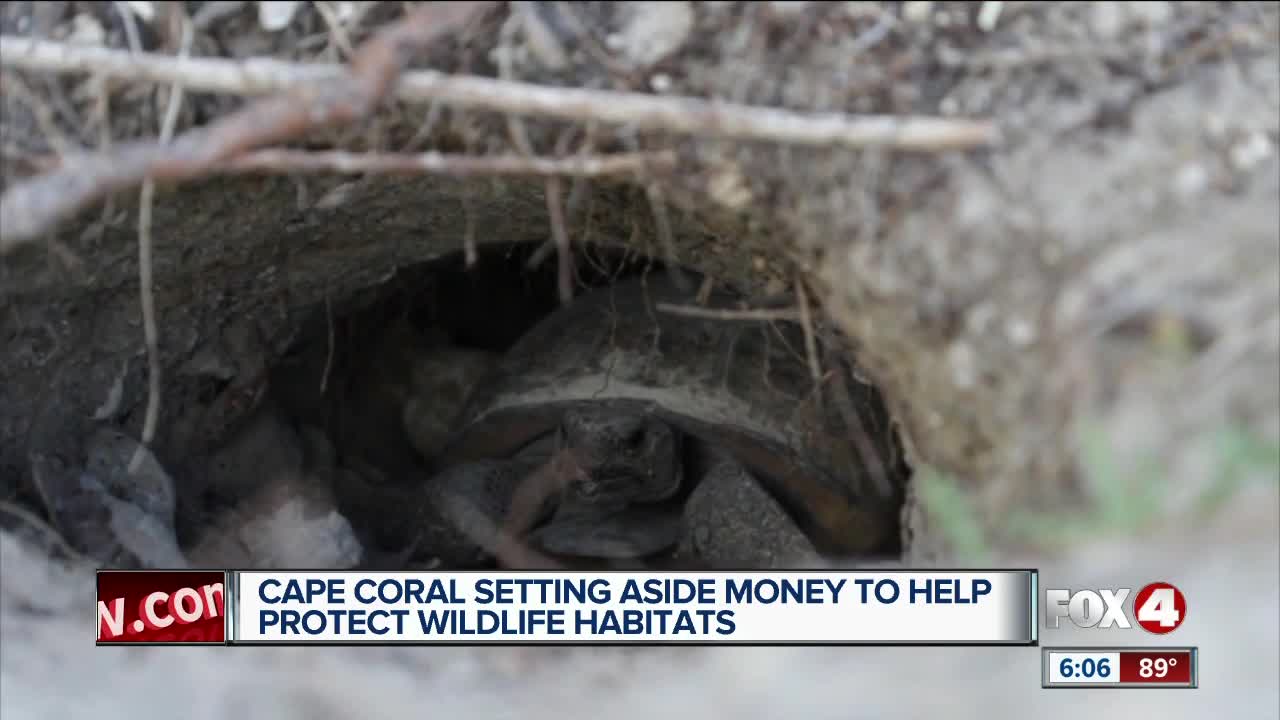 Cape Coral officials recently voted to create a $100K fund to protect local wildlife. They did it in partnership with local non-profit Cape Coral Friends of Wildlife.

CAPE CORAL, Fla. — The city of Cape Coral is setting aside $100,000 to help preserve the habitats of several local animals.

On Monday, the city announced that it has created a fund to help local non profits protect animals like gopher tortoises, burrowing owls, and even bald eagles.

One of those groups, who plans to take advantage of the fund is the Cape Coral Friends of Wildlife.

They've been buying up plots of land around the cape, where these animals live, but say they've been forced to slow down because most plots of land, especially those near the Utilities Extension Project, come with thousands of dollars worth of utility fees.

Now with help to pay those fees, the group's president, Pascha Donaldson, hopes to see both the animals and the city benefit from their work.

"Eco tourism, which brings dollars to cape coral is a very important part of cape coral. We don't have the beaches of Fort Myers, so if we can bring tourists over the bridge because of gopher tortoises, because of burrowing owls, it's a win-win for everybody," said Pascha.

Pascha adds that if you want to help them, the best ways are to volunteer with them or to donate a plot of land.