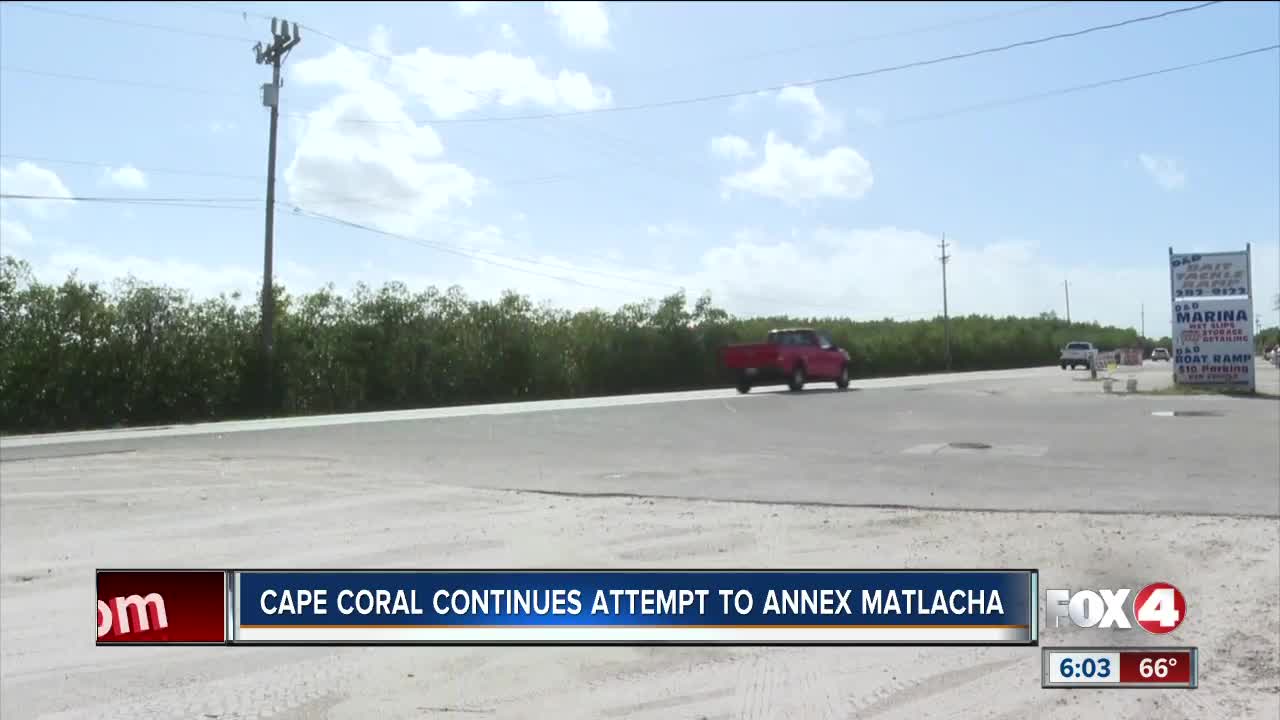 Cape Coral sets public hearing to prove to a judge that they can legally annex the land where D &amp; D Bait and Tackle sits.

MATLACHA, Fla. — The City of Cape Coral is making another attempt to annex part of Matlacha. It’s the land they purchased in 2012 that’s currently occupied by D & D Bait and Tackle on SW Pine Island Rd.

Matlacha Civic Association sued the city in 2017, in an attempt to block the annexation. In September 2019, Judge Keith Kyle ruled in favor of MCA, stating that Cape Coral failed to meet legal requirements to take the land.

So, now the city’s planning a public hearing to prove to Judge Kyle they can legally acquire the land.

But, residents like Michael Hannon with MCA said they’re not going to let that happen.

“We don’t want Cape Coral on our land,” he said.

Hannon said the association plans to prove the city can’t legally annex the land at the hearing.

He said the half-truths are from the City not being upfront and honest about plans for the land if it’s annexed. In a statement a City spokesperson said they plan to improve the existing boat ramp, and establish a restaurant.

“I don’t know why they’re trying to find more property that’s already developed. And it doesn’t make sense to annex it at all,” he said. “Matlacha has been established for such a long period of time, and I think there are a lot of residents here who are happy with what they have right now.”

Michael Dreikorn, the Matlacha Pine Island Fire Commissioner has also come forward in support of the association. He said he’s against the annexation. He added since the judge’s recent ruling, Matlacha fire will continue to provide services to the D & D area, rather than Cape Coral fire sending crews.

“We don’t want Cape Coral to provide fire services to our area. We want our own fire district to handle this,” he said.

The public hearing is set for Monday, December 9th.