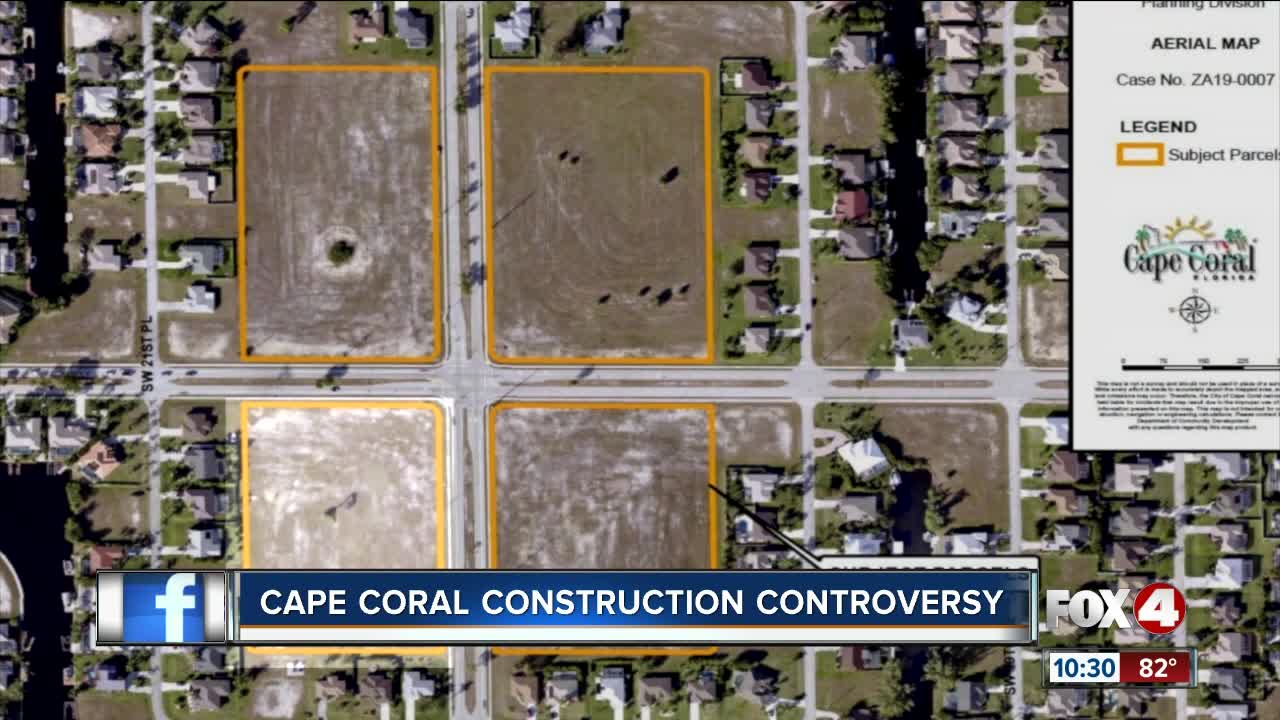 CAPE CORAL, Fla. — People near the Four Corners lots in Cape Coral are not happy about upcoming proposed zoning changes.

Cape Coral City Council will vote on Monday to rezone the four empty properties that makeup “Four Corners” off Agualinda Boulevard and Beach Parkway. They want to change three properties from Marketplace Residential to Residential Multi-Family Low zone and one to a Commercial zone, which could mean a gas station or retail store.

Neighbors living near the four corners voiced their concerns to the city council in the past, including Michael Cooper who lives across the street.

“I’m disappointed, I’m angry, I think it’s wrong,” Cooper said. “Doesn’t surprise me that they’re trying to take another bite of the apple because it’s about money.”

“They’re going to pull the rug right out from under my feet as far as the investment is concerned,” Cooper said.

People like Darrell Daraitis likes the area the way it is now.

“It’s peaceful, it’s quiet, and the birds chirp, and it’s a great place to ride a bike,” Daraitis said.

He says it won’t be the same if developers move in.

“It changes the flavor or character of the neighborhood,” Daraitis said.

Daraitis says he understands the need for more housing but thinks the city’s push for rezoning one of the properties to commercial is going too far.

“It’s kinda like to a certain amount I can accept that, but they’re moving beyond it, and I don’t think a lot of people are behind that,” Daraitis said.

The city council meeting is on Monday, August 12.