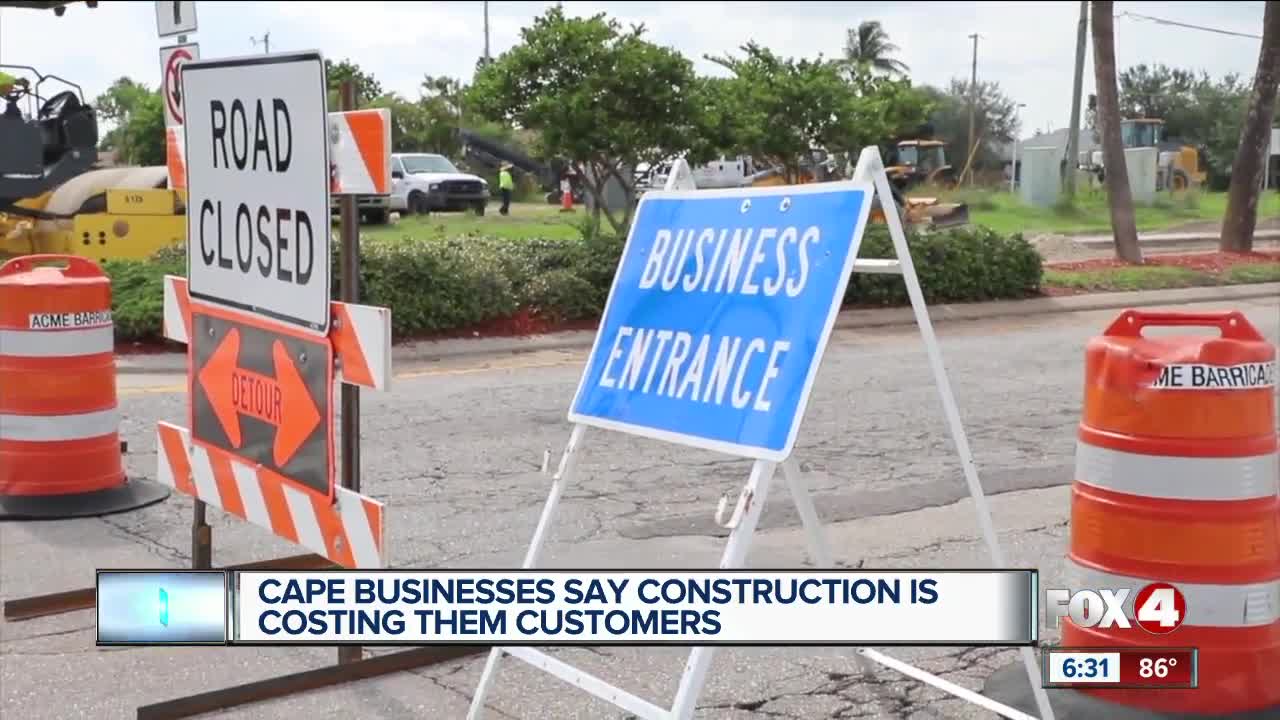 CAPE CORAL, Fla -- Construction woes in Cape coral Strike again, this time from a few businesses who say they’re losing customers because of the resurfacing project on Coronado Parkway, and SE 47th Terrace. Several Cape coral businesses on the corner of Coronado and SE 47th terrace, are telling four in your corner they’ve had enough.

"Yesterday was the worst day I’ve had in almost six years," said Cape Barbershop owner, Cheryl Knapp. Knapp, says there was no one in sight working on the construction on July 9th, when she says she was told people would be working on the resurfacing project. She blames the roadblocks in front of her store for not getting any business.

"This intimidates them, they’ll go right on past it because they don’t wanna deal with it," Knapp said.

The city told the businesses about the resurfacing project last week. So in response to those complaints, the city has opened one lane of traffic for customer access to the parking lot, but that won't last for long.

The city gave Fox 4 this response Wednesday: “As construction progresses, the lane will eventually be closed again to allow this section of the roadway to be rebuilt. Staff and the Contractor will work to provide access throughout the project to these businesses either from a partially opened right lane either south or north of the businesses.”

The owners of the local barbershop and computer store said they want some sort of collaboration with the city before these projects start, but they say it's been hard lately with minimal clients coming through the door.

Businesses like the cape coral barbershop understand the road needs to be resurfaced, but want something more concrete, so they can serve their customers.

"I’m just coming off a big loss from last year for them doing this and then to have this right back again is just ridiculous," Knapp said.