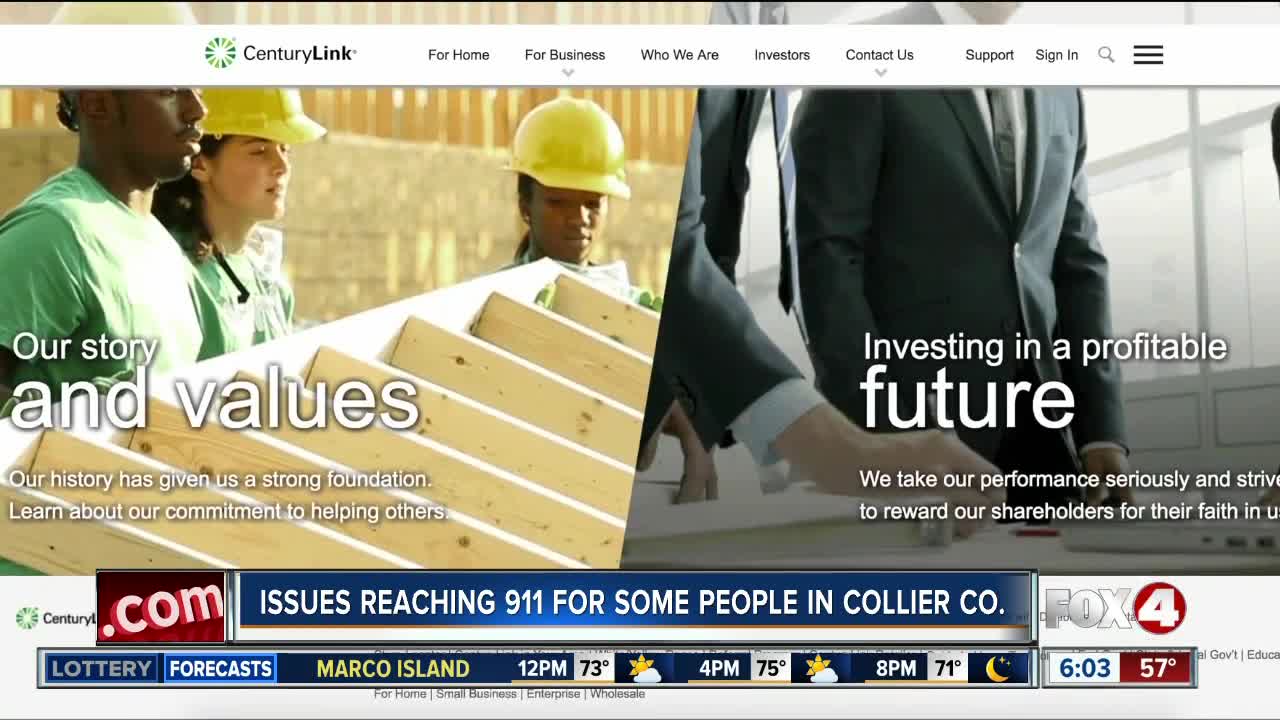 CenturyLink is an American telecommunications company.

It provides internet, television, phone and security services to homes, businesses and government offices across the country.

Right now, the company is experiencing an outage in parts of the country, including Southwest Florida.

There’s been reports of Wi-Fi, internet and television issues. Plus, there’s been serious problems with phone service.

The sheriff’s office said only Verizon customers are affected and may not be able to reach 911.

The sheriff's office has not released an update saying if the problem has been fixed.