Parents urge drivers to slow down 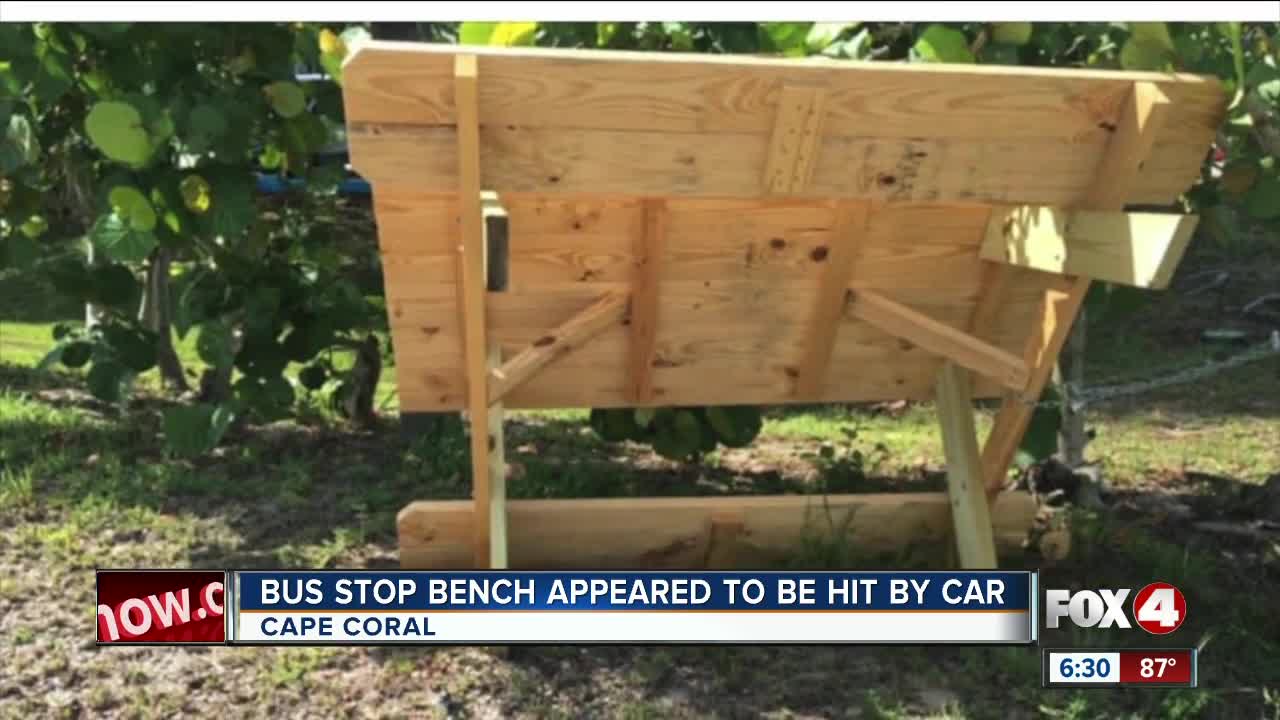 Bus stop bench appeared to be hit by car

CAPE CORAL, Fla -- A bench intended to keep young kids safe now flipped over and damaged. The evidence certainly appears to show that someone hit the bench with their car. That's not sitting well with some people. As you know, many of your neighbors came together to place these benches at local bus stops after a hit-and-run crash killed Alana Tamplin in North Fort Myers and Layla Aiken in Cape Coral.

One parent, Betsy Arithion took to social media to show the bench that was chained to a tree 20 feet off the road on SE Santa Barbara Place and SE 19th Ln in Cape Coral, flipped over with pieces of someone's bumper left on the ground.

"The logical assumption would be, someone crashed into it and just left," said Betsy Arithion. My youngest is about to go to this bus stop and he’s 5, so that makes me a little nervous to let them sit here."

Fox 4 did reach out to the Cape Coral Police Department, and they told Fox 4 there wasn’t an incident report about this apparent crash, and say it might have been a hit and run.

Arithion says it's in an area she says people speed in all the time, and as a parent that's a little troubling. "It sucks to feel like you can’t have your kids be outside and be safe because people are driving like this and not caring about it," Arithon said.

These benches are a symbol of change from the 'Benches for our Babe's,' group, and administrators say they weigh more than 150 pounds and say so it did its job with little to no damage. But if a kid were here, it could have been much worse.

"We're just trying to make sure that it doesn’t happen to anyone’s children," said Christy Iwanow, an administrator for 'Benches for our Babes.' Iwanow has helped place more than sixty benches around North Fort Myers, she says she knows these benches aren’t a permanent solution, but she’s pleading for drivers to slow down.

"This is asking for everyone to just really guide your children to you know to be off the road because not everyone is paying attention," Iwanow said.

Parents like Betsy Arithion say they wish they didn't have to be so cautious. "We still have to worry about stuff like this so it’s kind of frustrating."