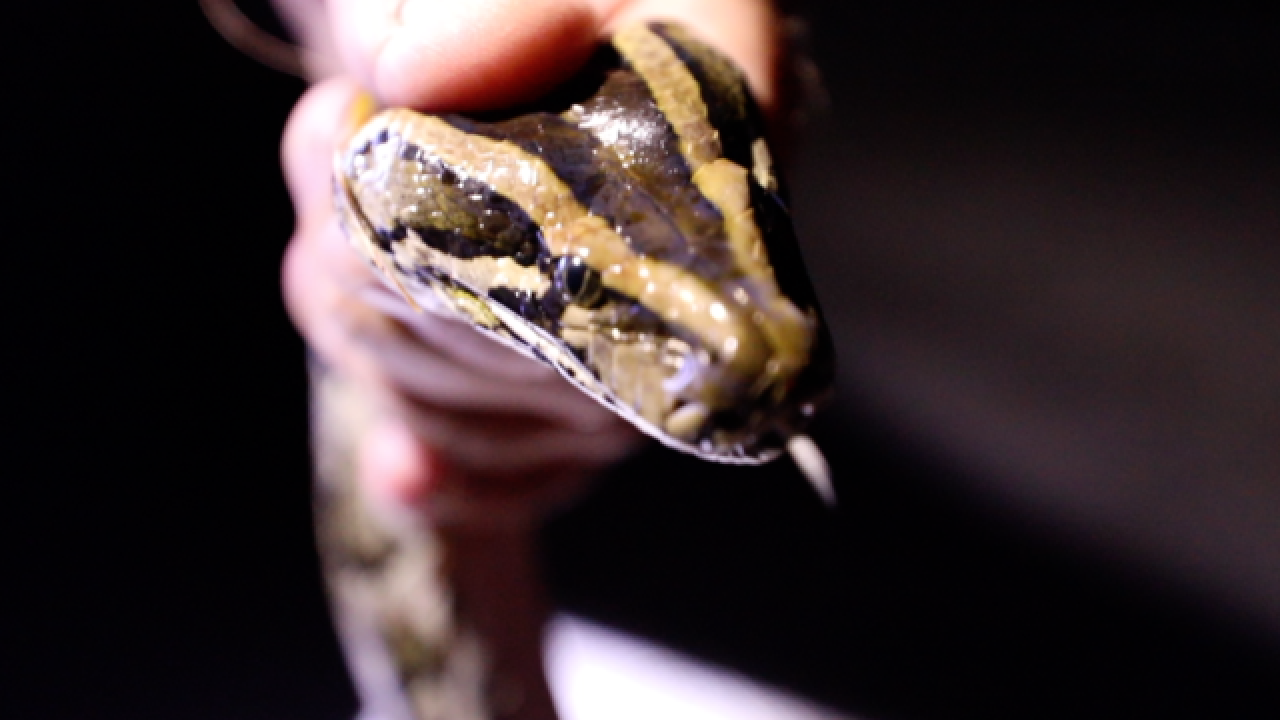 You've seen them. They can strangle an alligator. Kill your small dogs. One has even reportedly swallowed a small deer whole.

They are the Burmese pythons, among the five largest snakes in the world. An invasive species in the Everglades that you and I can hunt. Yes, hunt.

So under the cover of the night, we set out with Dan Floyd, a python contractor, and his wife Lindsey, to see what it's like to hunt this invasive species in the Everglades National Park .

To start off, Dan does all of this in his socks. Dan was born in the woods and grew up a country boy.

Our coverage partners at HelloSWFL started at the Ernest Coe Visitor Center and drove the length of the park -- about 50 miles -- looking for snakes. It didn’t take long to find one.

Burmese pythons are not native to Florida. The species was first reported in the 1980's.

According to the Florida Fish and Wildlife Conservation Commission, they likely escaped from a breeding facility destroyed during Hurricane Andrew, a Category 5 storm that barreled into Florida in August 1992.

Burmese pythons were also pets, intentionally or accidentally let loose by their owners.

They thrive in Florida's weather, so the population has exploded over the last three decades. It's estimated that the number of pythons is in the hundreds of thousands, according to the Florida Fish and Wildlife Conservation Commission.

Now Everglades National Park and the Florida Fish and Wildlife Conservation Commission are trying to do something about it. They’ve hired contractors to track and trap the snakes.

Dan and Lindsey were one of the 24 picked from around the state to participate in the project.

“We've been in the Everglades our whole lives growing up, and seeing all these changes is heartbreaking," Dan said. "I never thought in a hundred years that I’d be out hunting pythons out in the Everglades.”

The Burmese python is one of the largest snakes in the world, reaching about six to nine feet. The largest captured was over 17 feet long.

"We didn’t have any clue that what we were working for was going to be this big and make such a difference," Lindsey said, "and make such a huge difference to this place that we call home."