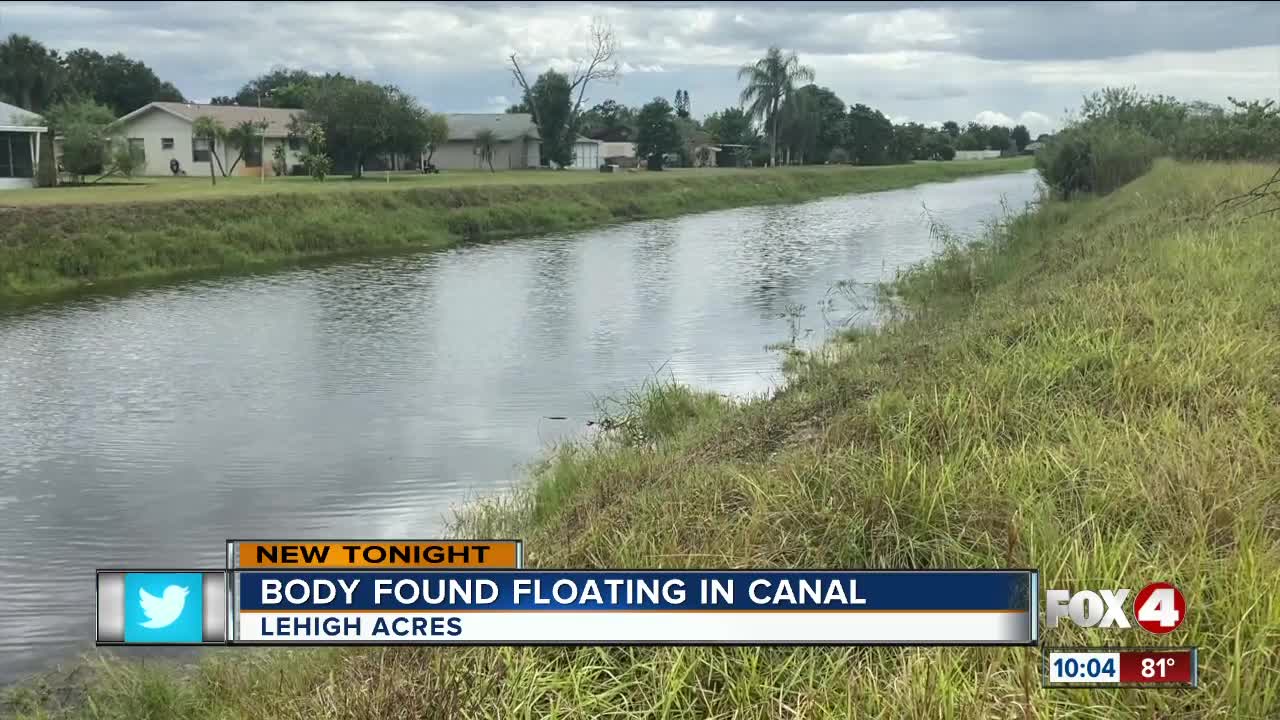 We are still searching for answers, as deputies declare an accidental drowning in Lehigh Acres

LEE COUNTY, Fla. — A young man's body was found floating in a canal. Lee county sheriff's deputies tell Fox 4 it looks to have been an accidental drowning.

Neighbors say they saw deputies pulling the body out of the water early Sunday morning, as investigators looked for clues.

“I saw the police on the street, they were probably here for two hours maybe three, ” said Lazaro Pinelle.

The canal runs behind several homes. Neighbor Brian Rush recalls hearing a party going on down the street, as he left his place Saturday.

“They had the music going, and I didn’t think nothing about it, parties happen around here all the time,” said Rush.

It's unclear how the man ended up in the canal, but neighbors like Lazaro say it's a chilling reminder of what can happen with so many canals in the area.

“Its scary sometimes, because we have kids in this neighborhood, everybody got kids but it happens you know, everywhere,” said Lazaro Pinelle.

Fox 4 reached out to the founder and senior attorney at Associates and Bruce L. Scheiner Attorneys who tells us that drowning is the 6th most common cause of unintentional death in the country.

“There’s so much water around that it just happens so frequently,” said Scheiner.

“ I don’t believe there are any regulations to keep people from drowning in a canal, I think that would more fall on the homeowners,” said Scheiner.