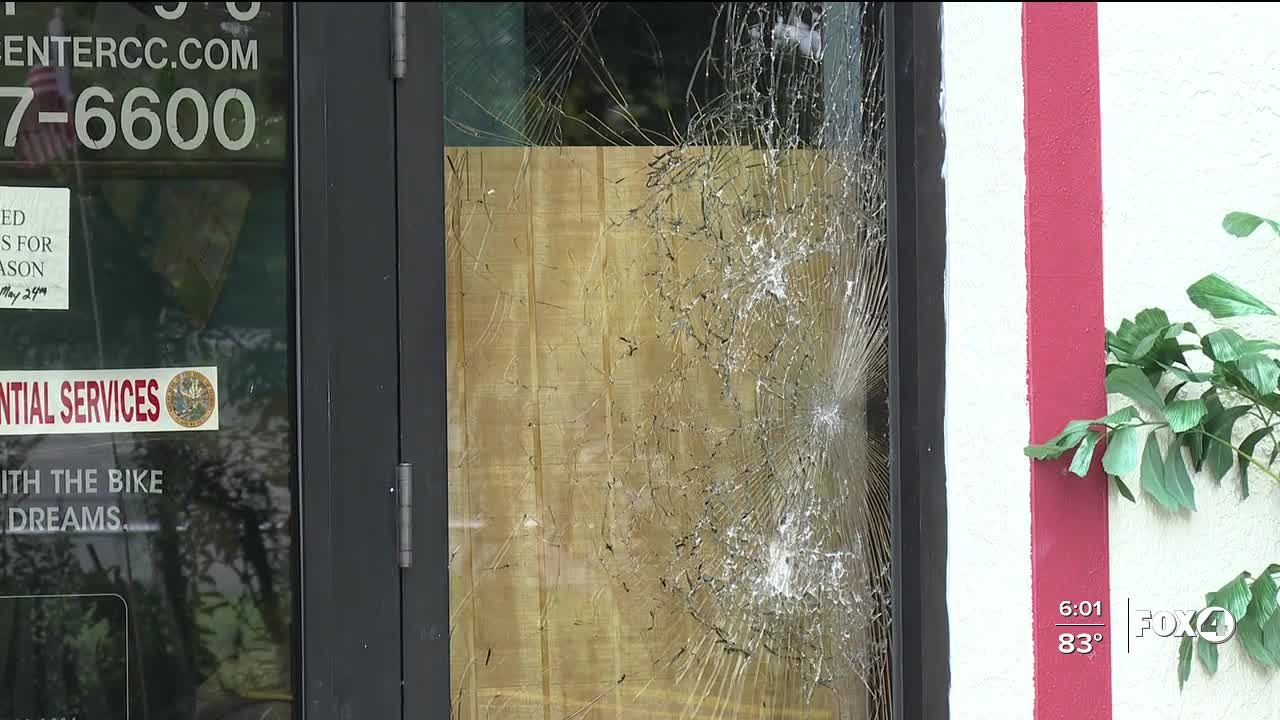 Bicycle Center vandalized and robbed all in one day

PORT CHARLOTTE — The Bicycle Center in Port Charlotte was robbed and vandalized, all in one day.

The small business is now sharing the security footage from both incidents, hoping it will help catch the suspects.

On the footage, you can see the suspect throwing a cinder block at the back window of the business, trying to break it. It happened around 5 a.m., and staff found the damage when they came in later for work.

“Adam came in, the manager, at 9 a.m. and noticed that the back glass, the impact glass was bashed out. And then, at approximately 3 o’clock, a woman came in to test ride and electric bike, the most expensive we had in the store, and she left her purse, so the sales person let her go out on a test ride, and she never came back," said Kim Campanella, the owner of the Bicycle Center.

Two crimes against her business in just one day. Campanella said, between the bike and the glass, she’s looking at around $7,000 in damage.

“There’s only so much a small business can handle before it shuts its, it shutters its doors," said Campanella.

Campanella reported both incidents to the Charlotte County Sheriff’s Office, and she’s hoping the suspects are caught, but she also said she’s taking measures of her own.

“I’m actually getting to be a little bit afraid, and therefore, we’re going to be carrying a gun here at the store," said Campanella.

Campanella said she didn’t want it to come to that, but she’s worried that if this keeps happening, she won’t have a business much longer.

“I fight to survive, like a lot of mom and pops, and it seems like the more that we fight and strive, the more is taken away, and I’m fed up with it," said Campanella.

If you know anything about the suspects, you're asked to call the Charlotte County Sheriff’s Office non-emergency line at (941) 639-0013.