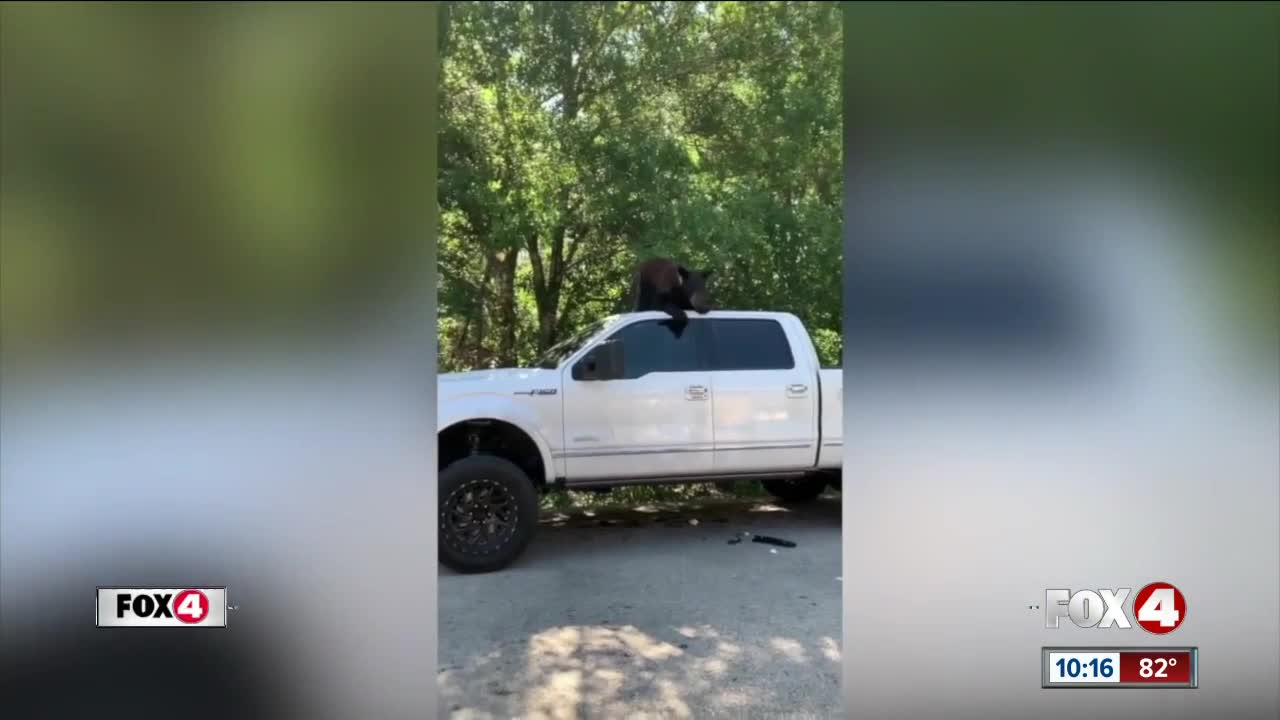 One family woke up to a bear cub on the roof of their truck.

NAPLES, Fla. — One family woke up to a bear cub on the roof of their truck.

Kylie Johnson’s home is surrounded by forrest. But when she heard her horn honking and her truck doors repeatedly slamming late last night, she thought thieves were trying to break into her car - not bears.

Johnson said she thinks those bears got in through sunroof, leaving shattered glass left on the windshield. But she said the real damage is inside.

“I couldn’t believe it at first. I was kind of in shock,” said Johnson. “They ripped the door down, the plastic that was behind the door. The backing, my speakers are out. My carseats are all ripped up.”

Johnson said she may have an idea what brought the bears to her truck in the first place.

“Two boxes of Tag Along Girl Scout Cookies. Sealed, unopened in my center console,” she said.

The bears took all the cookies with them. She said a lingering scent probably attracted them, too.

“I have a three-year-old so it smelled like McDonalds anytime I opened my door just from him eating fast food in there or us eating on-the-go,” she said.

Florida Fish and Wildlife Conservation Commission said there are ways to prevent something like this from happening. Keep food indoors, clean grills and store them in a locked shed or garage, add hardware to trashcans and put cans curbside the morning of pick-up instead of the night before.

Johnson said she has a plan of her own.

“Definitely not leave Chic Fil A or McDonald’s in my car for long periods of time,” she said.