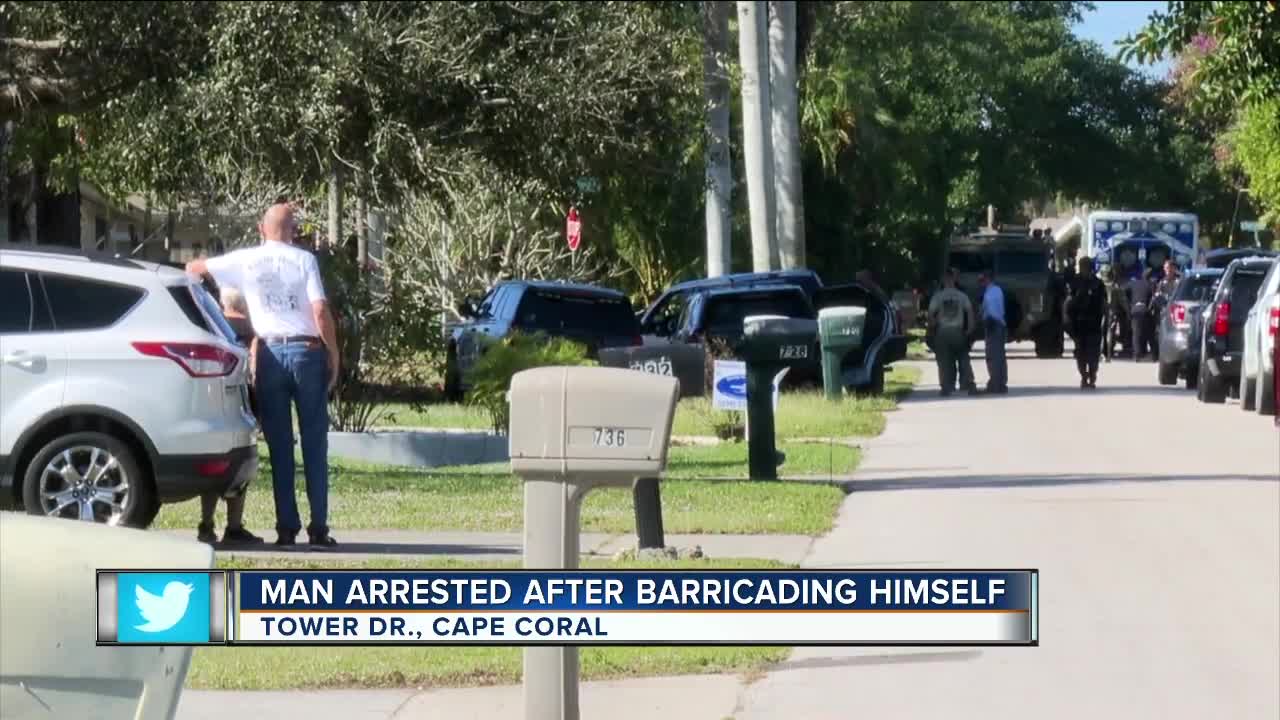 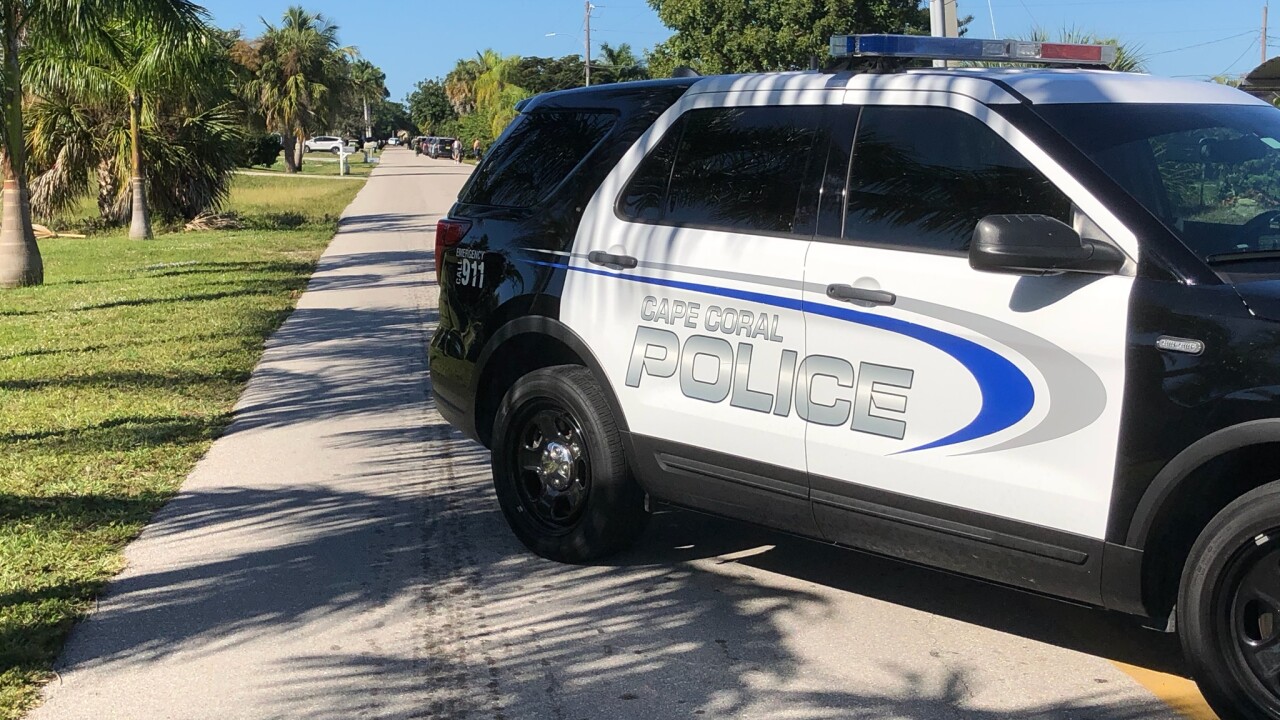 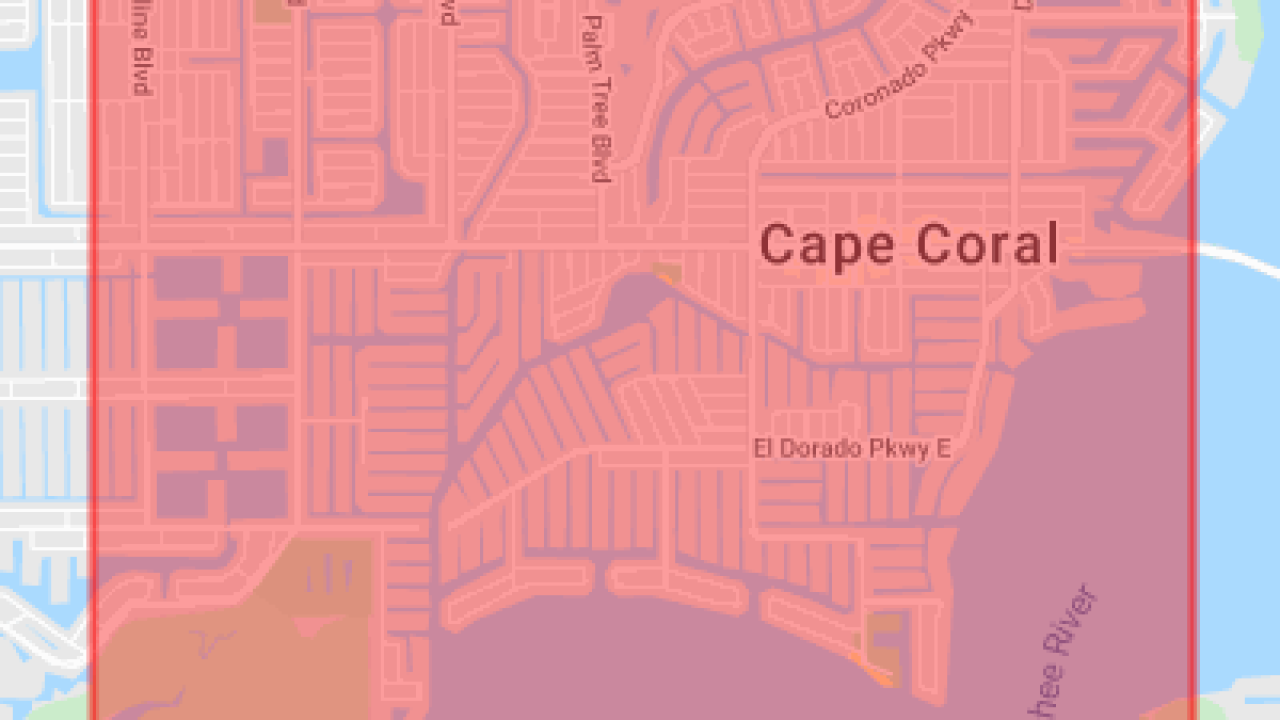 CAPE CORAL — FULL STORY (6 PM) -- A man is now safely in police custody after barricading himself inside a home on Tower Drive in Cape Coral.

Police shut down that road for more than an hour, and brought in a SWAT team to address the threat. Police had the house at 708 Tower Drive completely surrounded just after 10:00 Thursday morning. They finally caught the suspect when he ran into the backyard.

When our crew got to the scene Thursday morning, police had us stand back at the end of Tower Drive for our safety, so our cameras watched the action unfold from a distance. William Rector was there with us, describing how the whole standoff began. He was the first to call 911, and says it all started as an argument with neighbors.

“He was pretty distraught. He was underneath his jeep vehicle, yelling at the neighbors that I was at," said Rector.

We now know that suspect was Michael Ostrowski. He has been charged with Aggravated Assault. Rector said, after the initial argument, things went from tense to dangerous.

“He mentioned the fact that he was going to hurt himself and hurt others around him. So that’s when I decided to go ahead and call police, because he was a threat to society," said Rector.

Rector said the man’s wife told him he had a handgun.

"When a gentleman has a gun, that’s something serious to take into account," said Rector.

Rector said it only took 15 minutes for police to arrive and block off the neighborhood. He said he continued to speak with Ostrowski's wife.

“I told her the best thing to do is to just let the police take care of it, and they’ll do the right thing," said Rector.

Police have blocked off Tower Drive.

No injuries are reported.

We'll update as we learn more on this situation.