Barrels dumped at an abandoned golf course in Cape Coral 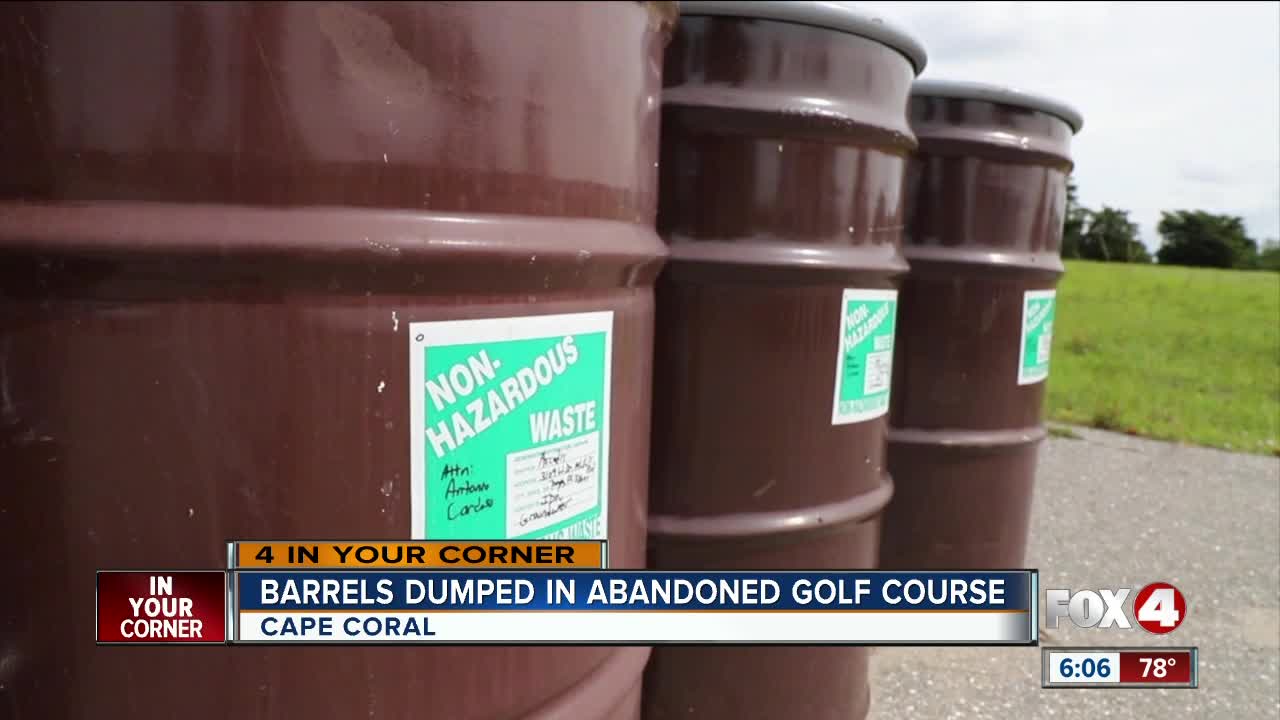 Fed up neighbors are reaching out to fox 4 - hoping for help to get rid of unsightly garbage in their community. There are more than a dozen barrels just sitting on an abandoned golf course in Cape Coral.

CAPE CORAL, Fla. -- Fed up neighbors are reaching out to fox 4 - hoping for help to get rid of unsightly garbage in their community. There are more than a dozen barrels just sitting on an abandoned golf course in Cape Coral.

Through the overgrown vegetation there’s a weathered barrel wrapped in caution tape. It's just one of twenty two on what use to be The Golf Club. All the barrels are labeled non-hazardous waste, the contents "LDW - Groundwater."

“I certainly would not want them to leak, unless they know for sure that it is truly non-hazardous, just because it says that on the barrel doesn’t meant that’s what it is, they shouldn’t be there anyway,” said Dennis Mann, Snowbird, Cape Coral.

Trying to get to the bottom of the barrel, Fox 4 called the city of Cape Coral. We learned the land actually belongs to "The Ryan Company," a developer looking to build about 500 homes on the property. Fox 4 has yet to receive a response from the company.

“I just don’t want someone storing their waste over there.” Martin fazekas lives next door to the lot and tells me the mysterious barrels have been on the vacant lot for more than a year and it’s not the only nuisance.

“The rodents come into our property, the vegetation is growing over, and we contacted the city and the company and no one is doing anything about it, it’s a little annoying to be honest,” said Martin Fazekas, Neighbor.

So back to the original question: Is it illegal for these barrels to be here? Cape Coral Police say the answer depends on whether The Ryan Company knows they are there and whether they're allowing it.

“We’ll try to make contact with whoever owns the property, we’ll ask if they are aware of the containers being on their property first and if they are wanting to know if they are hazardous,” said Patrick O'Grady, Master Sergeant, Cape Coral Police Department.