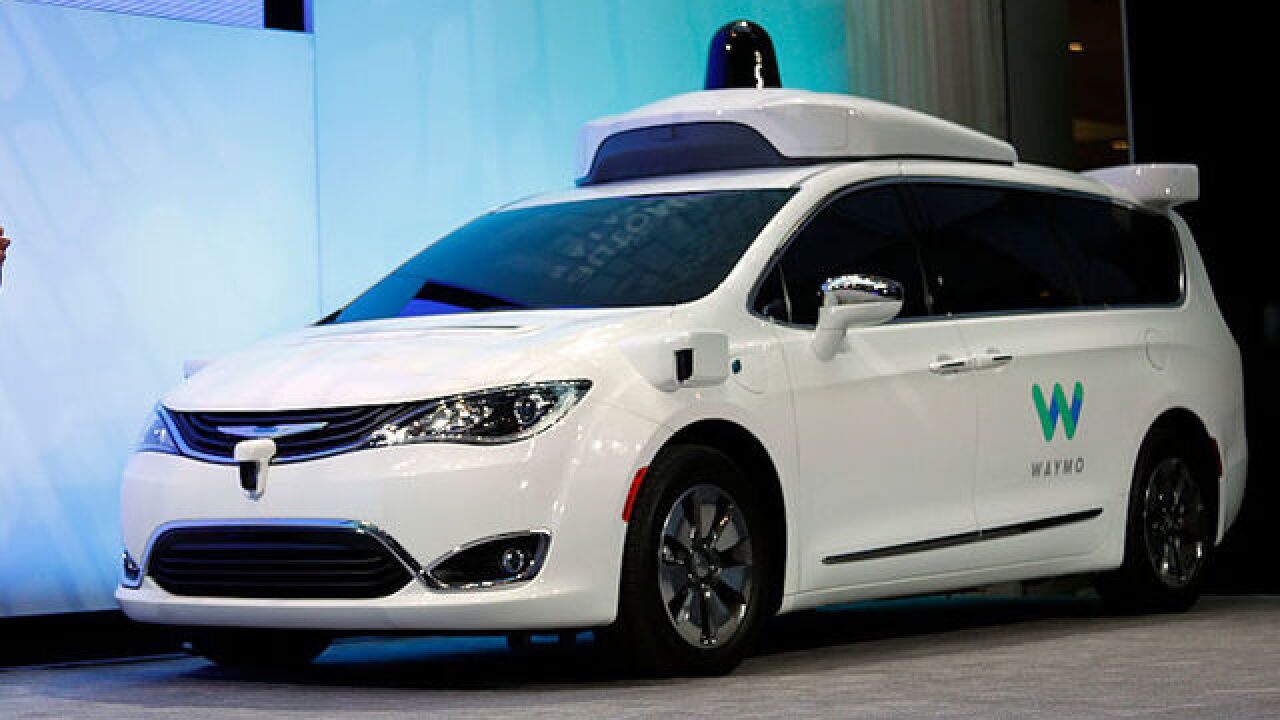 Image copyright 2017 Getty Images. All rights reserved. This material may not be published, broadcast, rewritten, or redistributed.
Bill Pugliano
A customized Chrysler Pacifica Hybrid that will be used for Google's autonomous vehicle program is seen at the 2017 North American International Auto Show on January 8, 2017 in Detroit, Michigan.

The Mountain View, California, company says tests will begin this month in the Miami area and include highway driving to Orlando, Tampa and Fort Myers. The Florida test vehicles will be driven by humans. They'll collect data with laser and radar sensors. Heavy rain can affect image quality.

Waymo says Miami is one of the wettest cities in the U.S. during summer the months of hurricane season.

Waymo already is testing in multiple areas including the San Francisco and Phoenix areas as well as suburban Detroit and Seattle.

The company has delayed a full-scale driverless ride-hailing service in the Phoenix area.

If you see a Waymo car on the road in Fort Myers, let us know about it! Share your photos of it at news@Fox4Now.com or on our Facebook page.