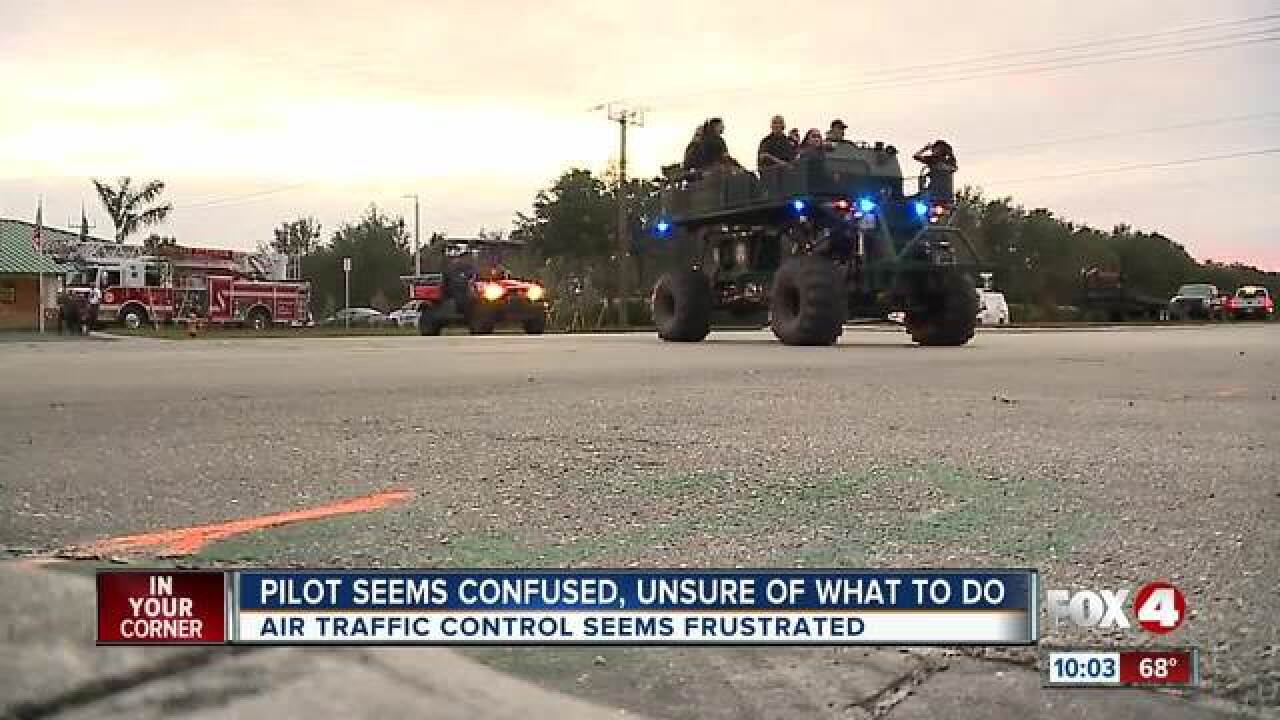 BONITA SPRINGS, Fla. -- A plane crash that led to one person dead was on its way from Page Field to Everglades City. Audio obtained by Fox 4, shows the conversation between an air control supervisor growing increasingly frustrated with the pilot, moments before take off.

Lee County Sheriff Deputies were informed a small plane was observed low flying, near the Bonita Springs National Golf Course. The plane landed in the woods, where the site was "estimated to have approximately 250 plus feet of debris," according to the police report.

Prior to the plane taking off, conversations between the pilot and Page Field air control with what sounds like the pilot's lack of understanding. Below is a transcript of part of the conversation:

Controller: "Number 262, with sierra, I don't have time to talk to you four times for control instructions because there's a lot going on. Please listen up. Trying adding one, seven, zero, maintain VFR two thousand five hundred, over."

Controller: "Alright you're not saying anything correctly."

LCSO has not released the name of the victim. The National Transportation Safety Board will release an official cause of the crash.