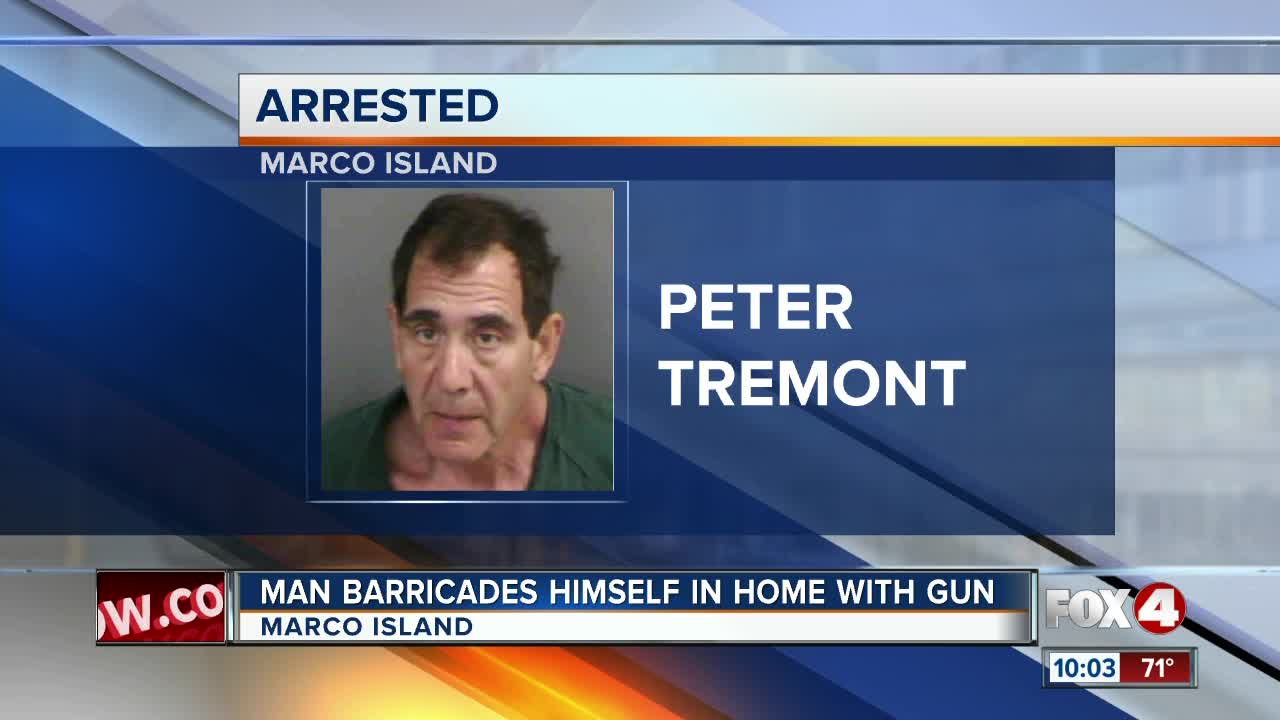 Investigators say Peter Tremont barricaded himself in his home Sunday.

COLLIER COUNTY, Fla. -- A Marco Island neighborhood is back to normal. But for hours on Sunday, several families had to evacuate their homes due to a police standoff.

Investigators say Peter Tremont barricaded himself in his home Sunday.

They say it started with him threatening a family member at a house on North Copeland Drive. When officers arrived, they say Tremont threatened to shoot them.

Police evacuated the area and say they eventually talked Tremont into coming out.

Police say he had more than a dozen guns, as well as a night vision device.