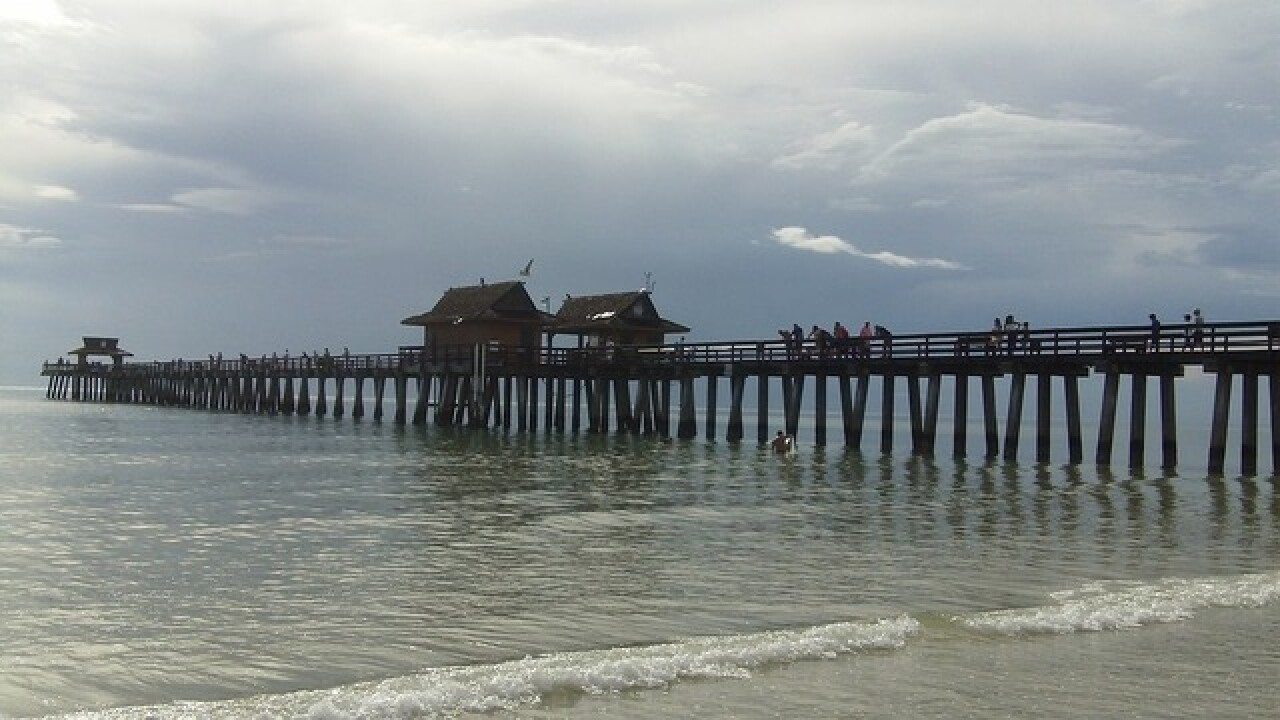 Copyright 2018 Scripps Media, Inc. All rights reserved. This material may not be published, broadcast, rewritten, or redistributed.
<p>Naples Pier</p>

PETA has announced their plans to have an airplane fly a large banner over Naples Pier for two hours Saturday.  The banner will read "Keep Hookers off the Pier -- Ban Fishing".

The group is not alone in their intentions.  Last month, Naples council member Linda Penniman made comments saying fishing shouldn't be allowed on the pier.  She plans on renewing the discussion at the next council meeting on August 13.

In advance of that meeting, PETA says their banner will fly from 11 a.m. until 1 p.m. Saturday.

They claim a local wildlife hospital reported a huge decrease in the number of injured birds in the 11 months the pier was closed to fishing due to repairs to damages caused in Hurricane Irma.

The group has also historically spoken out against fishing, claiming that fish have unique personalities, can recognize human faces, and can retain memories and think ahead.