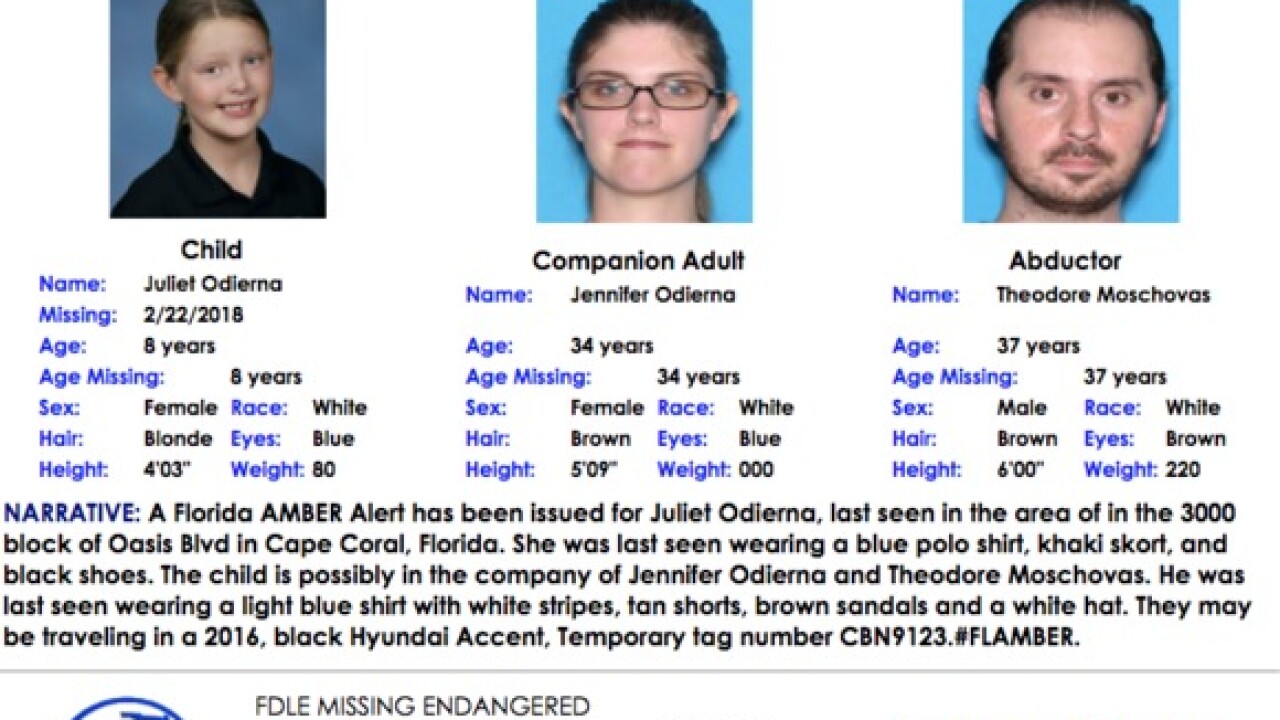 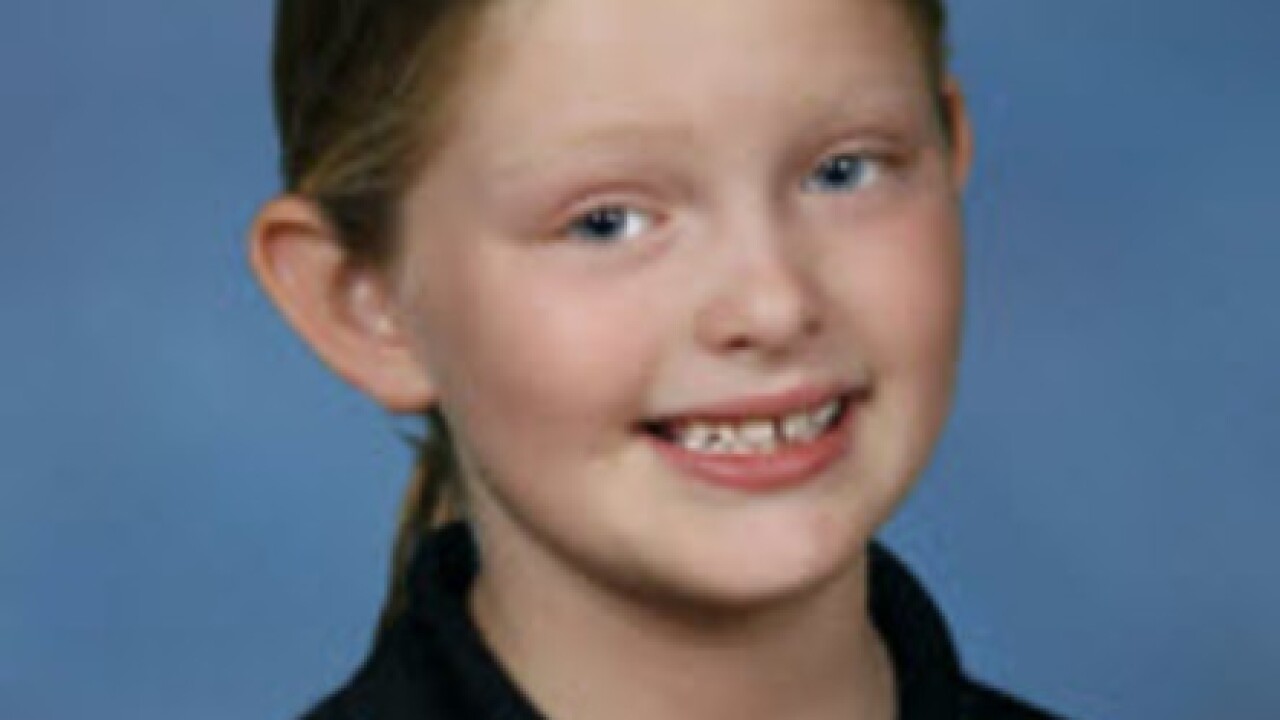 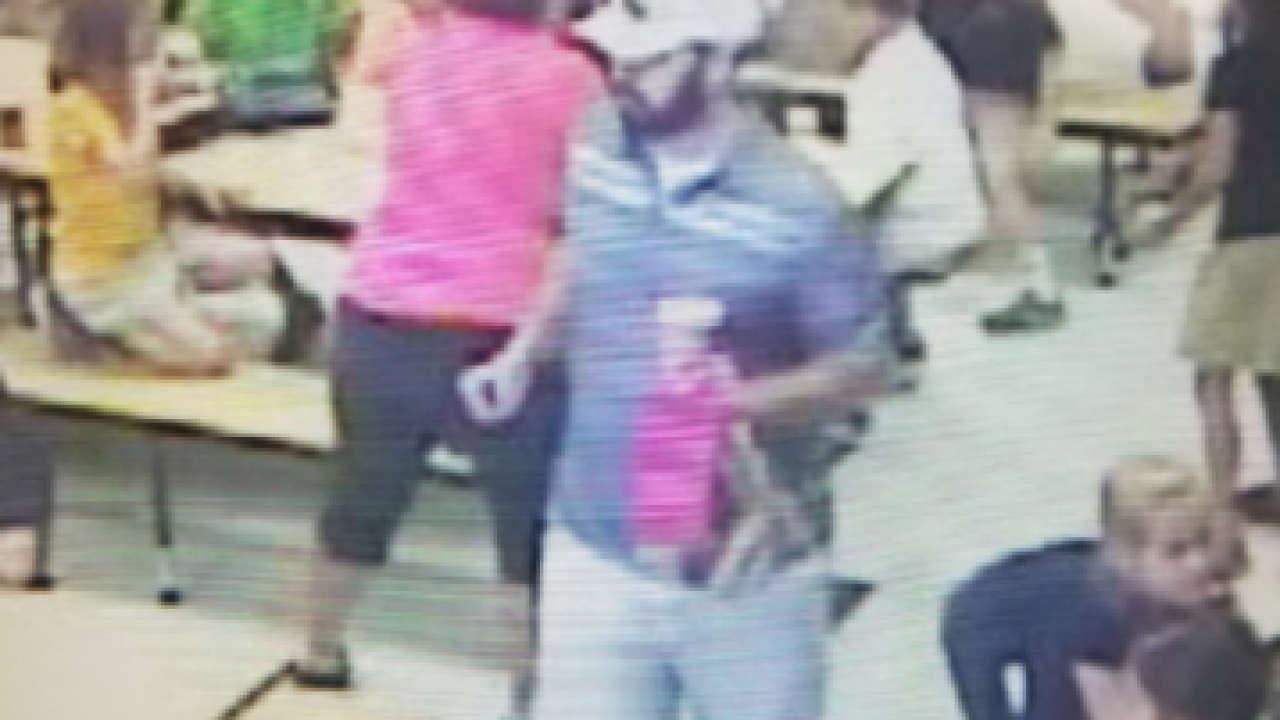 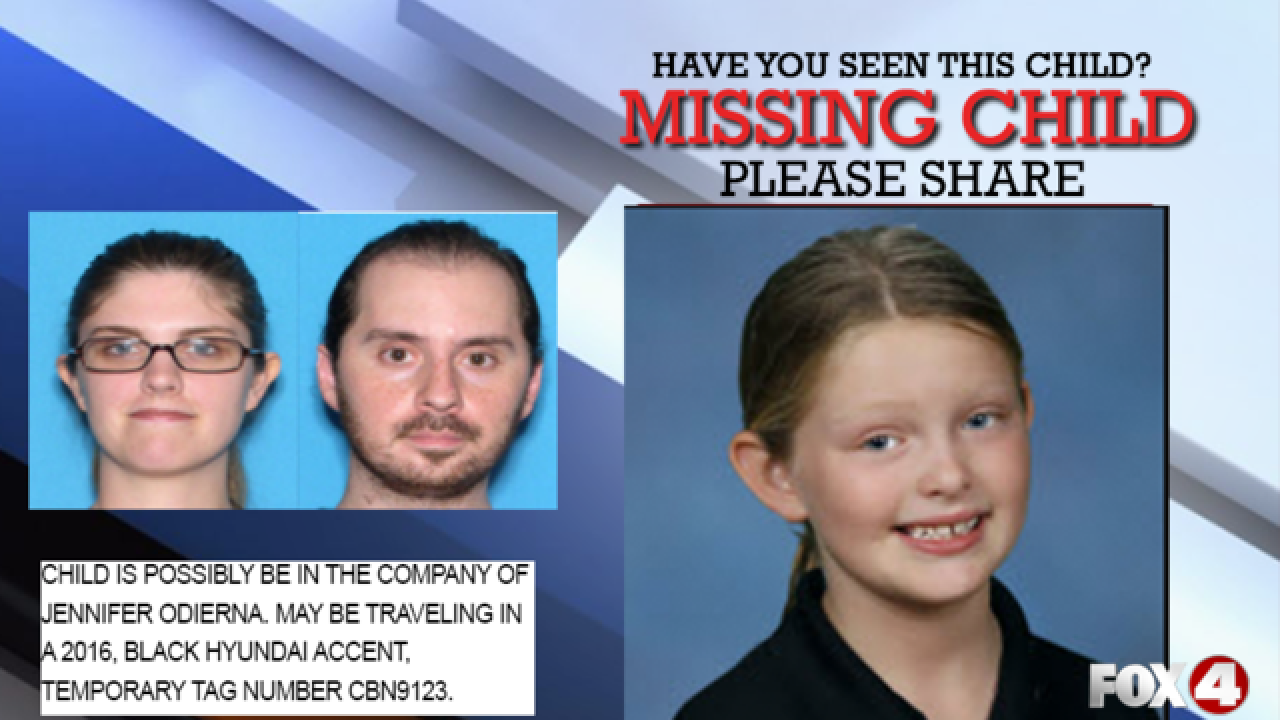 “All he had to do was go into a computer, sign my name, and get the volunteer sticker printed out for himself and then walk into the cafeteria and grab my daughter,” said Robert Odierna, Juliet's biological father.

That's how easily Odierna says, Theodore Moschovas, was able to kidnap Juliet from Oasis Elementary, Thursday. While  Odierna has full custody of his daughter, her biological mother, Jennifer Moschovas, only has supervised visitation rights and is suspected by the Cape Coral Police Department to be apart of the kidnaping.

"This is about the third time it's happened," he explained.

“The abuse they put on Juliet is mental, psychological abuse for years.”

As he waits for his daughter to be found, he says once she is, they'll be switching schools due to the lack of security.

"We’ll be changing schools after this. Even if they institute polices that fix it, I just don’t know how my daughter would feel safe there again.”

Odierna says the school board met right after the incident to talk about new policies to put in place.

Cape Coral Police are asking the community to be on the look out for a white Ford F150 or a black Hyundai with a temporary tag of #CBN9123.

An Amber Alert has been issued for a missing Cape Coral girl, Thursday.

FDLE is in the process of issuing an AMBER Alert out of Lee County, Florida. Please stay tuned for more info. #FLAmber

8-year-old Juliet Odierna was last seen in the 3000 block of Oasis Blvd.

Juliet is possibly in the company of her mother, Jennifer Odierna and Theodore Moschovas, Jennifer's husband.

Authorities say Juliet's father has full custody of her. Her mother has court-ordered supervised visitations only.

Police say Theodore reportedly went to Juliet's school (Oasis Elementary) and identified himself as her father. He then took the child without permission.

Theodore has perviously taken Juliet and fled to Massachusetts, according to police.

He was last seen wearing a light blue shirt with white stripes, tan shorts, brown sandals and a white hat.

Authorities say they may be traveling in a white pick up truck or a black Hyundai Accent with a temporary tag reading CBN9123.

If you have any information of Juliet's whereabouts you're asked to contact authorities.