Alabama bans smoking on public beach, Florida could be next 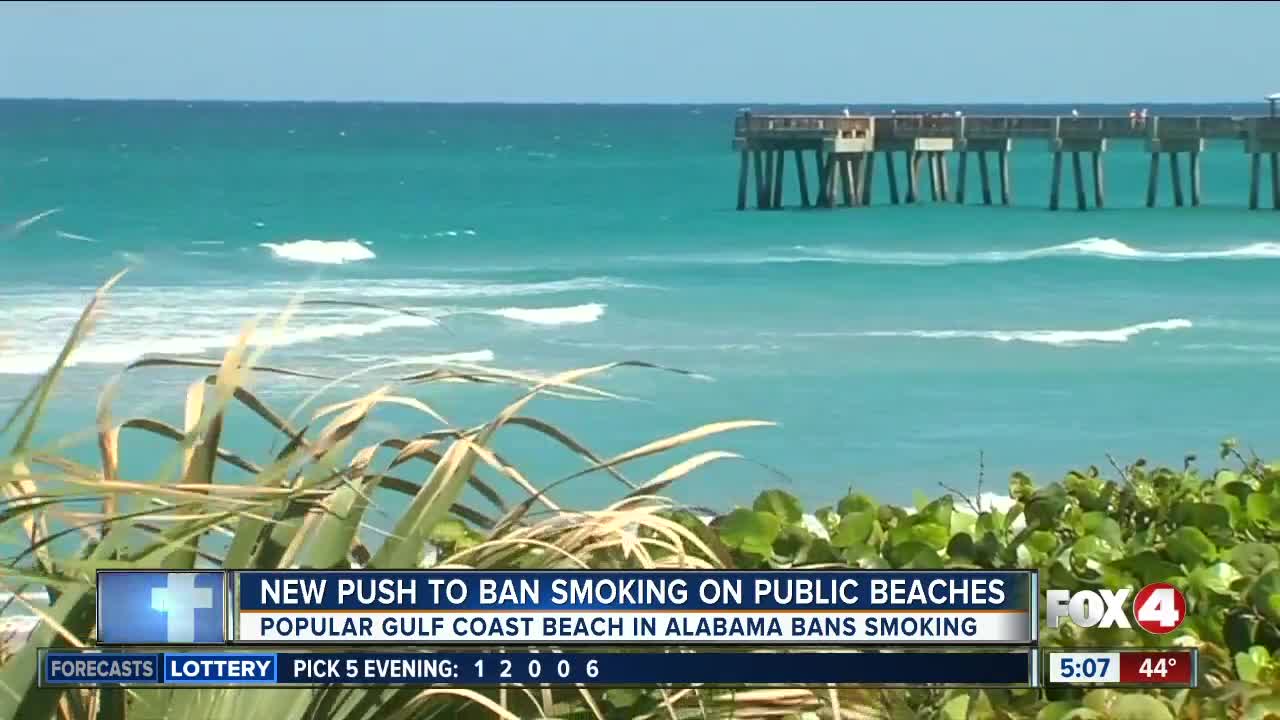 LEE COUNTY, Fla. -- A new nationwide trend is changing what you can and what you can’t do when you’re at the beach. Some state politicians are trying to ban smoking on public beaches, including Florida.

They said used cigarette butts are often seen on the beach instead of in the trash, so they are trying to stop it.

One Alabama community is getting ahead of the game. The popular tourist destination Gulf Shores Beach is now smoke free after a new ordinance went into effect. Violators face stiff fines if caught.

And in New Jersey, a new law goes into effect next week banning tobacco use on beaches and boardwalks.

And Florida beaches could be next. Republican state senator Joe Gruters has officially filed a proposal to ban smoking on public beaches in Florida. Under the proposal, the bill will include a maximum fine of $25 or 10 hours of community service.

It’s up for consideration in the legislative session in March.