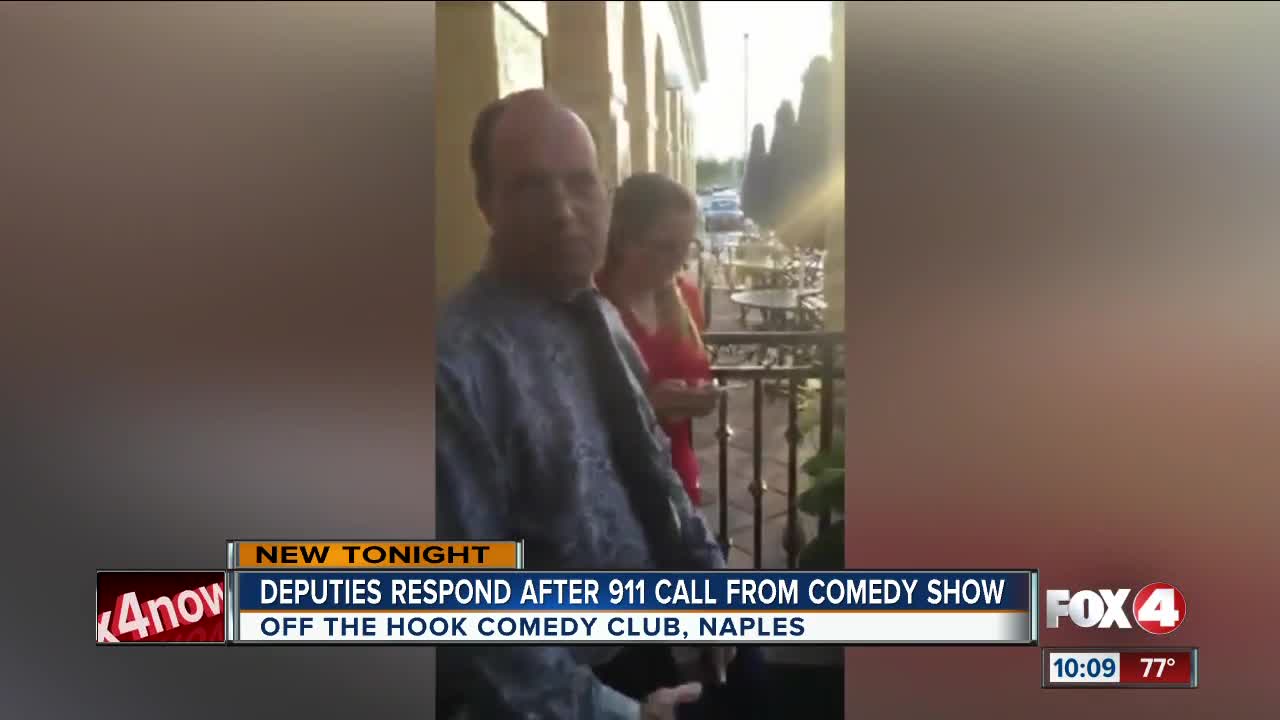 The caller was worried about a Middle Eastern comedian making jokes about terrorists at Off The Hook in Naples.

Comedian Ahmed Ahmed shared video of Collier County deputies showing up at Off The Hook comedy club in Naples. Ahmed says someone listening to his routine called 911, claiming to be frightened for their lives based on one of his jokes.

Ahmed's video shows the club owner and deputies taking it all in stride.

During the show the night before, Ahmed asked the crowd “How many people here are from the Middle East?” When a few people clapped, he says, “Well it only takes one of us…to tell a joke!” He then added, “But seriously lock the doors.”

The next day, an unidentified audience member called 911. “There was a comedian. His name is Ahmed Ahmed and he’s, you know, Middle Eastern,” the man told a dispatcher. And he said, ‘We could organize our own little terrorist organization.’ And I don’t think that was right,” the caller said.

"It really bothered me," said the caller. "And I yelled out 'yeah, and the paddy wagon is going to be outside to get all of you."

Deputies arrived to speak to Ahmed and the club owner, and left after a few questions.

Ahmed says he plans to incorporate what happened into his act.