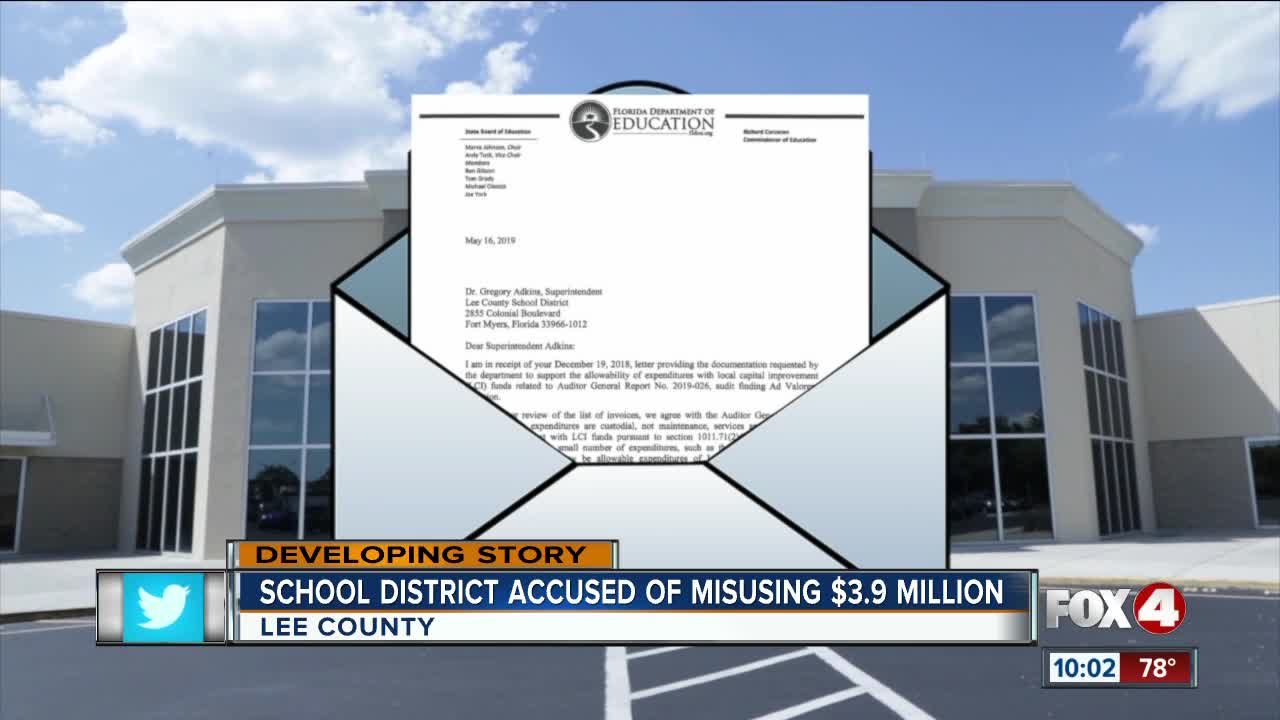 The Lee County School District has to answer to FDOE about where $3.9 million dollars went too.

LEE COUNTY, FLa. — We're learning more about the state education department's questions for your kids' school district if you live in Lee County.

The Lee County School District received a letter from the Florida Department of education saying it may not be reimbursing the district for the 3.9 million of funds they spent last year.

The state has sent a letter to the superintendent Greg Adkins and the school board saying money that was supposed to be spent in one area was spent in another instead.

We're talking about a whopping 3.9 million dollars. But that doesn't mean the district loses money.

"one is for operating, like salaries or materials and supplies and the other is for building maintenance and safety and technology" "it's like you might take money out of your savings into the checking account"

The district says they didn't intentionally spend where they weren't supposed to.

So the DOE is giving the district until May 31st to send all documents on the money they spent from there they will decide whether or not to reimburse.

The district emphasizes that it doesn't mean it is losing money from their budget.