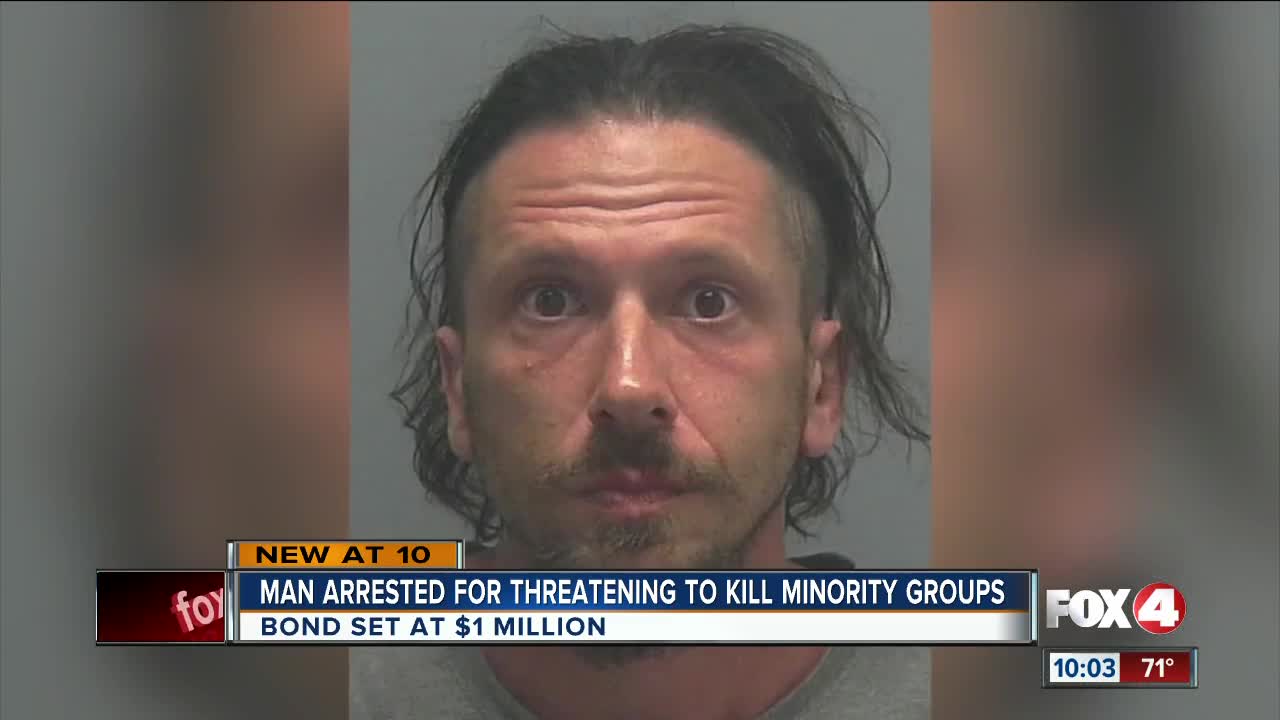 Neighbors fear for their safety after a Fort Myers man gets arrested for allegedly threatening to kill minorities on social media.

According to the report from FDLE, Leff’s “…writings praised mass shooters and said he wished they had killed more people.”

Kjellander said even though he’s behind bars, she doesn’t feel safe.

Dr. David Thomas, a professor at Florida Gulf Coast University, said it’s a thin line between exercising freedom of speech and putting people in danger. He said according to the report, Leff crossed it.

“He posed a threat. He put out that information that said this is what I want to do. When that happens, it’s beyond just I’m using freedom of speech and I hate people of color,” he said.

Thomas said social media makes threats like this even more dangerous because of it’s reach.

“The internet has provided them with a medium to be able to get their message out to hundreds of thousands of people,” he said.

Leff’s bond was set for one million dollars for the violent threats. Thomas said that’s surprisingly high, but shows just how serious a crime like this is.

“The judge looked at this and took it very seriously. And looked at how that is impacting people in our society, and how divisive this society has gotten. He’s sending a message,” said Thomas.

Leff is a convicted felon and was also charged with having several guns in his home. His trial is set to begin July 15th.