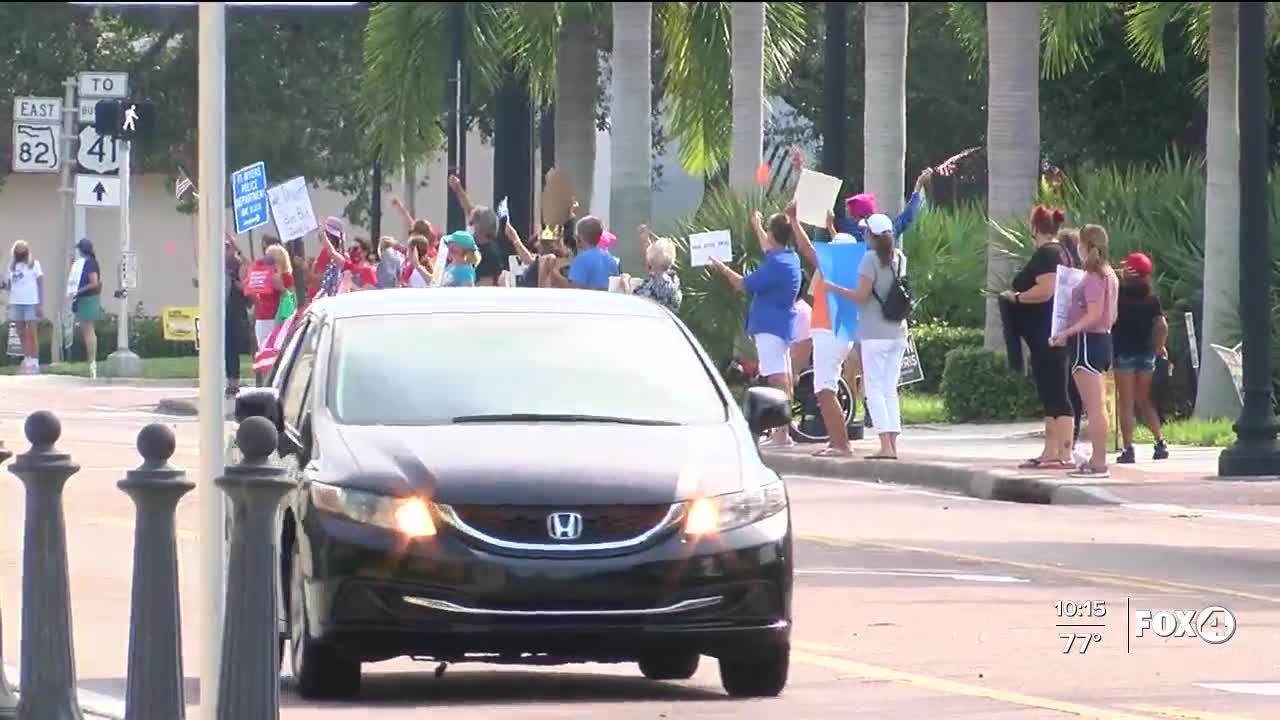 The Womens March is Southwest Florida filled the streets of downtown Fort Myers as demonstrators took to the streets fighting for what they believe are rights for all humans.

FORT MYERS, Fla. — Lining up along Mcgregor and Martin Luther King Boulevard in Fort Myers, people from all walks of life came together fighting for what they believe is right.

Many different groups showed up including the local chapter of the Florida Rights Restoration Coalition who says they came in support of voting rights for everyone including convicted felons.

“We know there are over 30,00 people who are living with felony convictions in Lee County. We know that thousands of returning citizens are going to come out and vote for the first time and that’s worth celebrating because when more voices become apart of the process in our democracy, we get a better government we get a better public policy for everyone,” said Neil Volz, Deputy Director of Florida Rights Restoration Coalition.

The National Organization For Women says they are worried about the future of women’s rights in this country and want to see a real change after November 3rd.

“We’re losing rights that we’ve secured after many years of fighting for them and we’re here today to say we’re not going to give up our rights. We’re going to stand and we’re going to fight to ensure our rights get expanded rather than taken away,” said Nancy Terreri, President of the Lee County Chapter for the National Organization for Women.

Local candidates running for Fort Myers city council and the mayor's office, even showed support saying, today wasn’t about politics, but simply fighting for the rights of all humans.

“You don’t have to be a republican a democrat, and independent to care about black lives, women’s rights and about our environment this is an everybody issue,” said Connie Bennett Martin, candidate for Fort Myers City Council Ward 4.

“This is not about a partisan race this is no partisan issue this is a humanity issue. We have to address it as it is, we need to take the politics out of it and we need to work on being human beings again,” said Jacquelyn McMiller, Mayoral Candidate for the City of Fort Myers.

One 8-year-old demonstrator True Kerr, says she may be small, but her voice is much bigger. In 10 years Kerr will be eligible to vote and she tells me, she wants everyone's voices to be heard on November 3rd, and elections to follow.