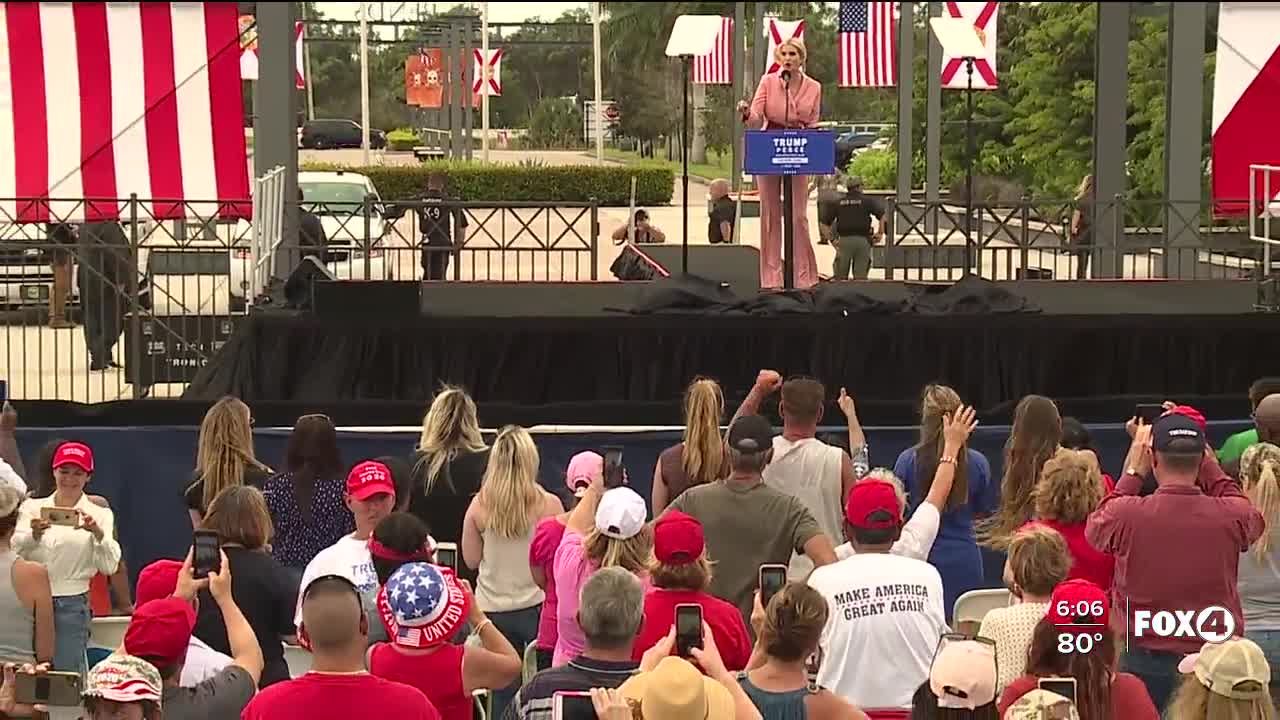 She also acknowledged veterans. Bill Eggers says it wasn’t the first time he got a shout out from the first family.

“Then I hear Green Beret Captain Daniel Eggers, and I damn near fell off my chair. That’s how surprised I was,” said Eggers.

“I became the first in my family to graduate from high school. I went on to receive my undergrad and master’s degree. All of that was because I received a tax-credit scholarship to go to a private school,” said Merriweather.

“When a student leaves their neighborhood school, and goes into a school of choice, that money - that per pupil funding, or a large portion of it follows that student into the school in which that student matriculates,” she said.

Merriweather agrees there should be more funding for neighborhood schools.

“Those are the failings of our public education system. Not to say that the students going to public schools don’t matter, because they do,” she said.

Ivanka Trump also talked about her dad’s mission to secure borders and promised a COVID-19 vaccine before 2020 ends.