First-time voters march to the polls, in the Free the Vote March, held by the Florida Rights Restoration Coalition. 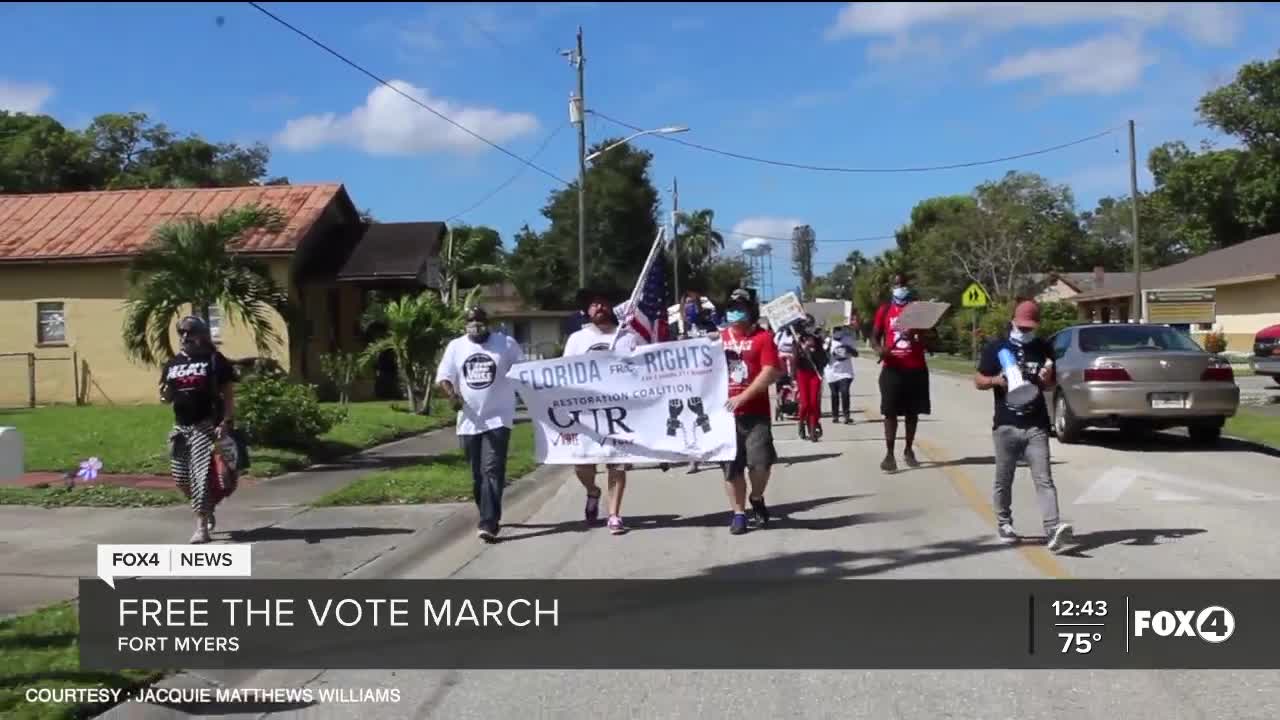 The Florida Rights Restoration Coalition hosts Free the Vote march. A march to the polls consisting of community members, convicted felons, and returning citizens, who cast their ballots for the first time since the passing of Amendment 4.

Neil Volz, also had his voting rights restored thanks to Amendment 4, he says this is personal and he feels liberated after voting.

“This isn’t a republican or democrat thing this is a people thing. This is about the principles of democracy and making sure that somebody has the ability to have their voice heard in their community,” said Volz.

Another convicted felon Lance Wissinger, served time in prison after getting behind the wheel drunk and causing a crash, killing his friend. His life was turned upside down, but he says because of Amendment 4., after 41 years, he voted for the first time.

“As I’m going through marking names I started tearing up, I started to become overwhelmed with emotion. The most surreal thing was to come out and have a group of people cheering for me. I did my time, I paid my debt when a debt is paid its paid.” said Lance Wissinger.

Monique Smith, who at 19 was charged with aggravated assault during a domestic violence situation, says, after fighting to get her rights restored, she came out today to make sure others could let their voices be heard.

“To know that they decided that, it wasn’t because they didn’t want to vote, but they couldn't so once given the opportunity to vote they were excited and ecstatic to get out and vote,” said Monique Smith.