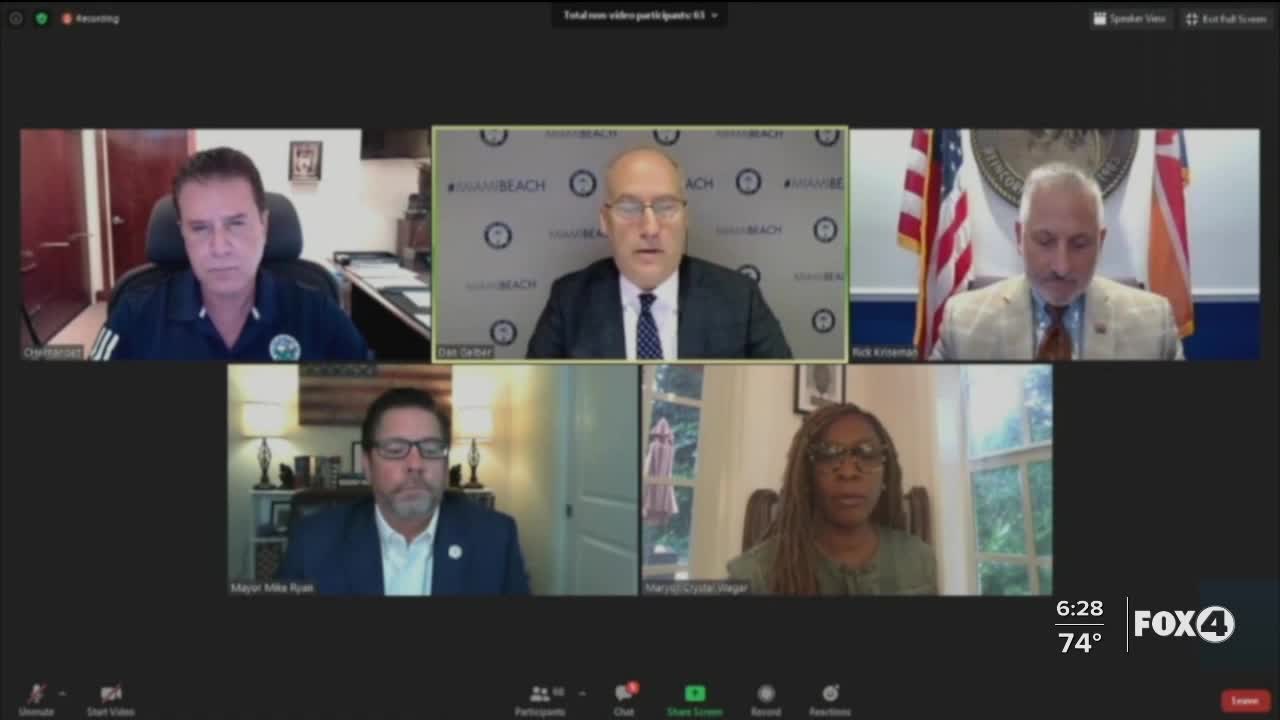 With increasing COVID-19 numbers statewide, some Florida leaders say the governor is not doing enough to keep Floridians safe. Five leaders spoke at a virtual press conference Wednesday, as they called for Governor DeSantis to do more.

Five mayor spoke at a virtual press conference Wednesday, as they called on Governor DeSantis to do more to combat the pandemic's impact on Floridians.

Recommendations from the mayors include the following:

The group says they want to see more done now to avoid a greater impact later.

“If we don’t deal with this now, the economic catastrophe that we are facing could be far worse if we have to go to a complete shutdown,” Mayor Kriseman said.

FOX 4 reached out to the governor for comment on Thursday afternoon.

We have not received a response.

Per his social media channels, the governor had not responded publicly to the group.

But, he did share comments and tweets Thursday about a vaccine.

There are rays of hope on the horizon, and pending FDA approval, new vaccines soon bring the prospect of saving thousands of lives. We will provide updates as soon as we have them and I thank all Floridians for their patience and continued efforts.

But for the mayors participating in Wednesday’s press conference, a quicker response is needed.

“A vaccine is on the horizon, but truth be told…Florida cases are approaching 900-thousand,” Mayor Gelber said.

FOX 4 reached out to local Southwest Florida mayors for their current responses regarding a statewide mask mandate.

Read below for their responses.

“I am not in favor of a mask mandate. I think that’s a personal choice, and I encourage people to wear masks. If the Governor was to impose a statewide mask mandate, I would support it one hundred percent.”

Naples Mayor Teresa Heitmann:
Heitmann said she'd rather comment after the City of Naples’ next council meeting which is scheduled for December 3, 2020.

Punta Gorda Mayor Lynne Matthews:
While it would be wonderful if there was a statewide mandate for masks, I don't believe the Governor is considering the adoption of one. He has stated on many occasions that it is up to the municipalities to decide what is best for each of them. The City of Punta Gorda has extended our mask mandate ordinance to April 30, 2021. We did that because we have the second oldest demographic in the country, and we want to protect our citizens however we can. Keeping people safe is extremely important during this pandemic. We realize that the mask mandate will not be accepted by everyone, but if we can save even one life by using masks, we have to try. Since the Governor took away our enforcement ability with his order of September 25, we can only request voluntary compliance, so we are continuing to do that with education to our residents and business owners on the importance of masks.

Having a statewide mandate may end up happening out of necessity if the COVID numbers continue to rise. We may also see another Safer at Home order from the Governor. I hope that doesn't become necessary, as it would critically impact the future of many of our small businesses. But until the virus gets under control, we need to remain vigilant - wear a mask, wash your hands and continue to do social distancing. If you have holiday plans with family or friends, please do so safely and follow the CDC guidelines.