FOX 4 News/WFTX-TV is moving frequencies. Here's what you need to know.
News4 In Your Corner

New technology could help keep you safe when traveling 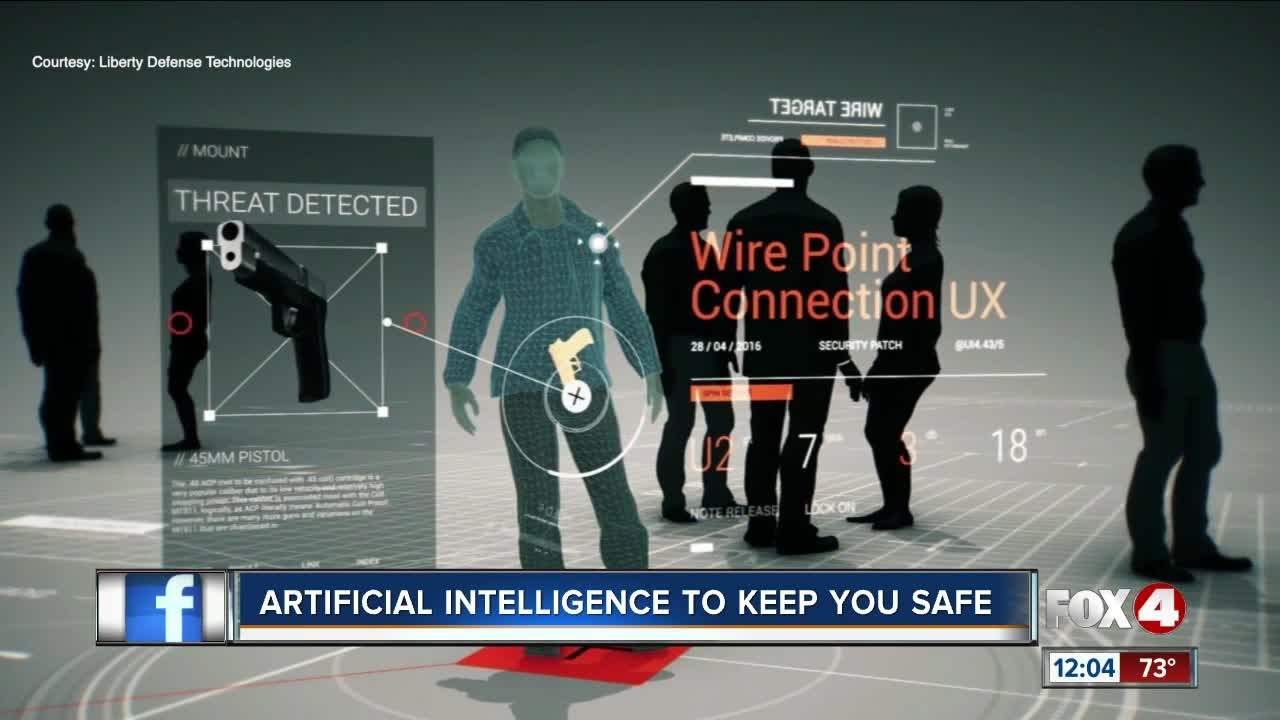 Automation and artificial technology are generating developments in multiple industries.

We'll soon even see its impact on Fort Myers Beach, where new automation will use artificial intelligence to house, sort and deliver boats right to the dock.

Artificial Intelligence could also play a role in keeping you safe.

Just to the north of us at the Port of Tampa, testing will soon be underway for new technology.

Developers hope it will one day be used as a safety tool.

Bill Riker is the CEO of Liberty Defense - the company behind the device.

Designed inside of the Massachusetts Institute for Technology, the technology is called Hexwave.

Riker says it uses a low-power radar to not only detect when a person could be carrying an "item of interest", but also identify the type of weapon that it could.

It's a new screening system he believes could help in preventing mass tragedies.

“We use a form of artificial intelligence to then go ahead to detect and recognize that image and identify whether it’s an image or other article of interest.

We teach the A-I how to recognize that," Riker says.

He says Hexwave does more that just threat detection and recognition.

He explains when the technology finds a weapon or other other suspicios item, the A-I communicates back to a guard or security system.

The units are also mobile, allowing threat assessment both in and outside of the port.

Riker says Hexwave is a step in the right direction to minimizing mass tragedies.

“We’ve got to find a way to prevent attacks from occurring.”

FOX 4 asked Riker how this technology could impact jobs in the future, including those of security guards or TSA agents.

He says jobs are safe, because Hexwave still requires an element of human decision-making and reaction.

“It does not replace people. It enables them to do their jobs more effectively.”

The City of Tampa will test Hexwave in 2020.