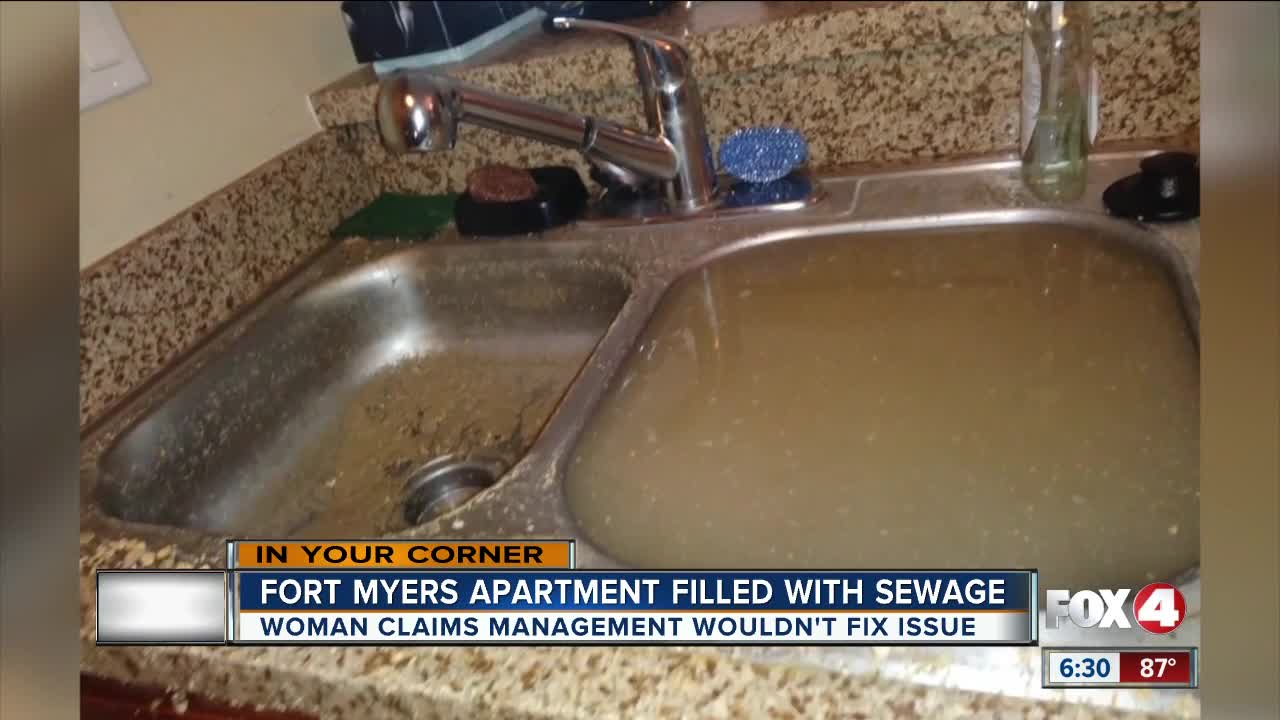 Fox 4 In your corner investigates after a resident of a local apartment building reached out about her apartment complex not fixing a overflowing sewage issue.

FORT MYERS, Fla. — An elderly woman is speaking only to Fox 4 about her flooded apartment, and she says it's been like that for weeks.

This comes a year after she talked to Four In Your Corner about a mold issue in the same building.

Marie Hughes showed us several bags that have sewage drenched pads in them she's had to cover the floor of her Lago Del Sol apartment to soak up the flooded water left behind by her busted sink.

I went down six times yesterday, telling them that it smells really bad

But management told her she had to wait because the maintenance man was working on other things.

It makes me feel bad. It really does. It hurts because you just don't treat people like that said Marie Hughes.

But this is not the first time Hughes called Four In Your Corner for help while living at Lago Del Sol.

Back in 2018, she had mold in another apartment in the same complex even then she told us her family's health was at risk .

Now she's seeing a renewed threat to her family's well being.

Finally, when Fox 4 showed up, a plumbing crew came to Hughes apartment to drain her sink.

Fox 4 tried to ask the managers on-site why it's taken so long for them to take action, but they would only say "no comment."