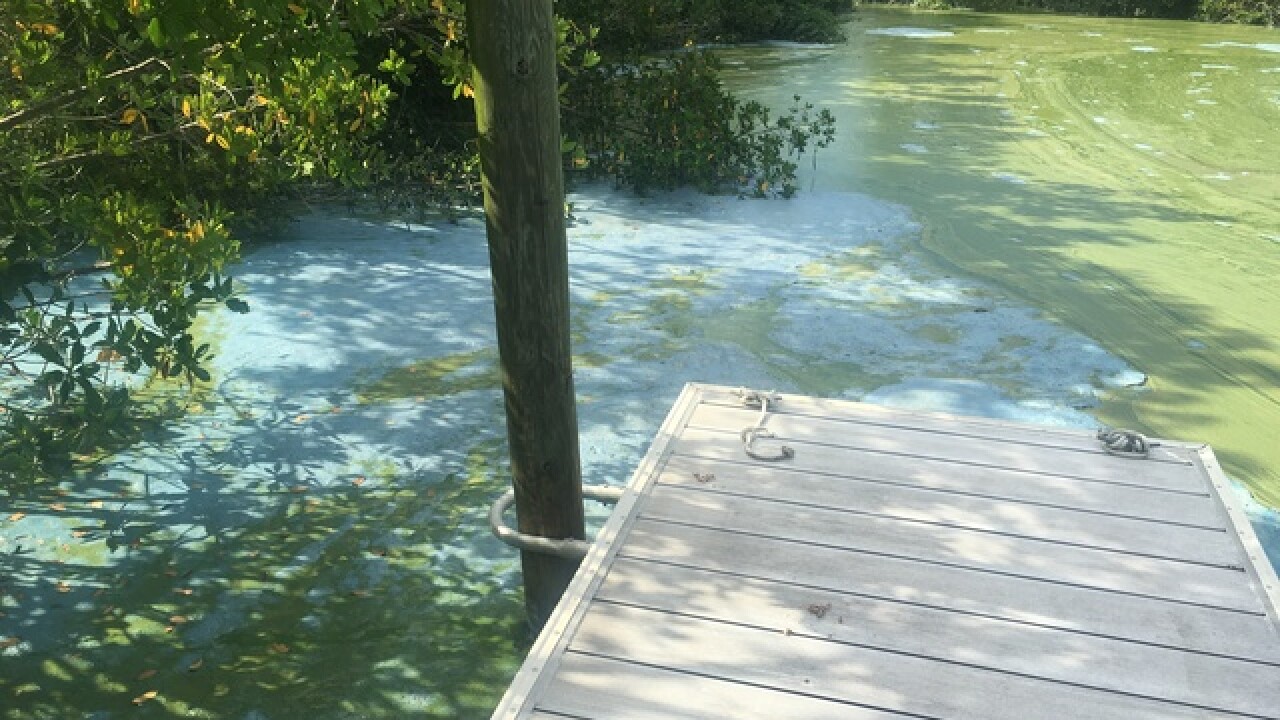 YouReport
Closer view in my backyard 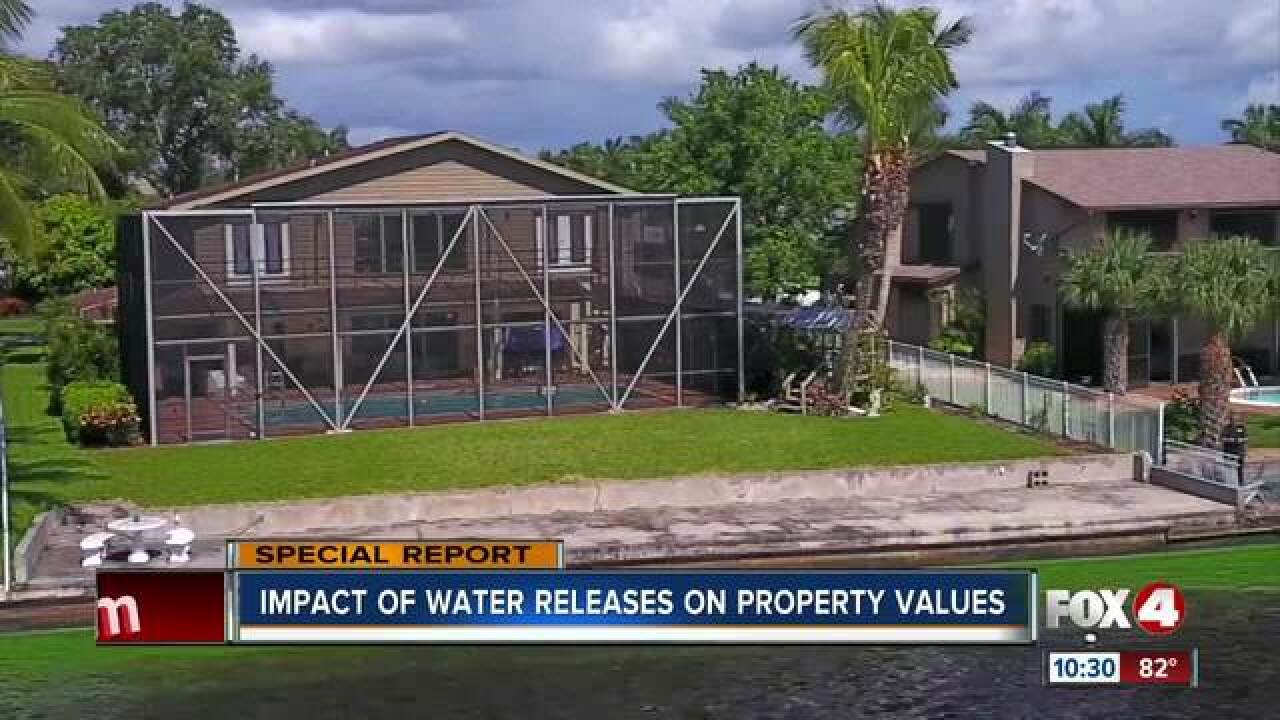 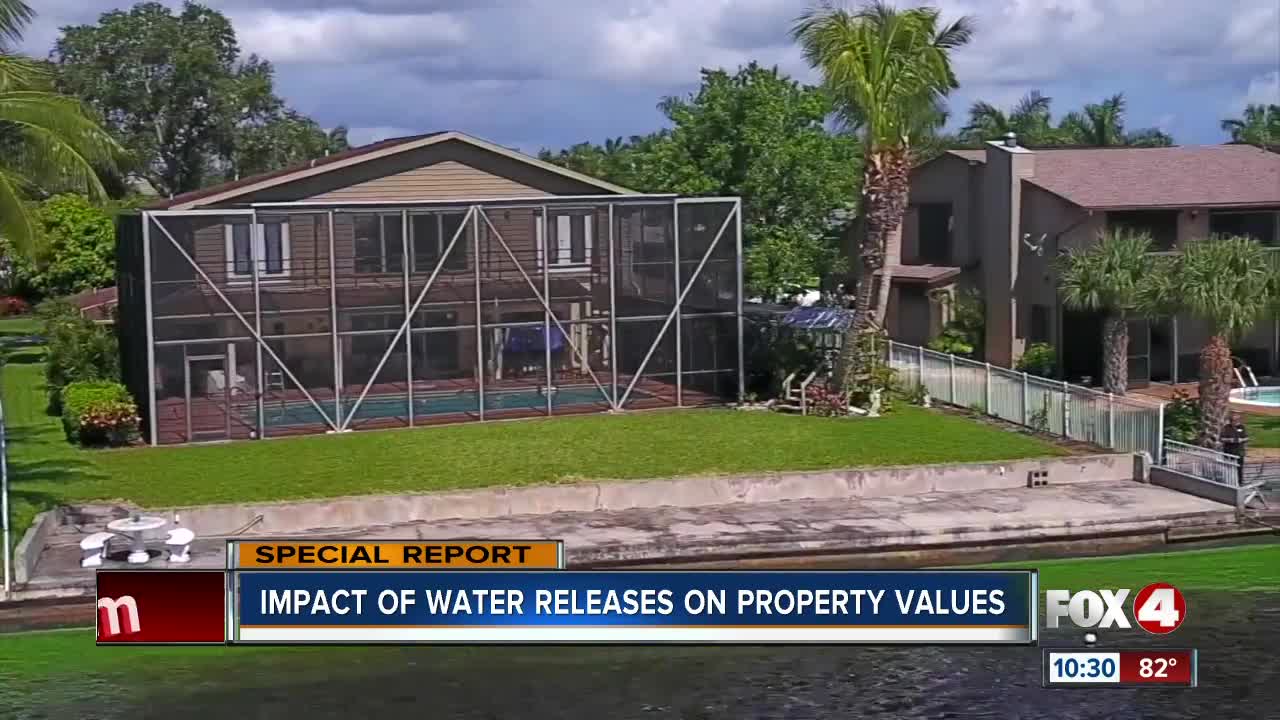 With more miles of canals than Venice, Italy, the City of Cape Coral boasts beautiful waterfront properties. But while the homes look nice, the state of the surrounding water can’t be ignored.

“When it’s real bad, we can’t see anything,” said Tom Demogenes, a Cape resident for the last 2 decades.

He lives on a Gulf access canal where discharges from Lake Okeechobee have made a difference in the clarity of his water.

The Army Corps of Engineers releases Lake Okeechobee water into the Caloosahatchee River when water levels get too high in the lake. However, periods of higher flows increase algae in local waterways.

Demogenes says the algae hasn’t gotten to his canal yet but he knows he’s not immune. “It probably could be here at some point. People like me and people like my neighbors would not look kindly on that.”

According to a Florida Realtors study, property values dropped $541 million in Lee County between 2010 and 2013 because of the releases.

Still, it’s difficult to say that just because the water looks brown or is tainted with algae, the value of your home will be less because property values depend on other things too such as location, crime, and the market.

However, Senator Bill Nelson says releases are likely still affecting home values.  “If you have a river that the oxygen is completely out of it because of excess algae, that eventually will hurt property values.”

Why does this matter?

So what’s being done to secure the future of your investment?  Politicians say there are two main proposals in the works. One is building a reservoir to store water south of Lake Okeechobee. The other is fixing the aging Herbert Hoover Dike.

But when will this actually happen?

Governor Rick Scott has said lack of federal funding has been the biggest delay.

Governor Scott and Senator Bill Nelson say with newly appropriated funding from the White House, the dike should be restored and the reservoir project should be near completion by 2022.

When these projects are complete, Demogenes, who’s also a realtor, says it’ll provide a boost to the housing market in Southwest Florida.  “If it’s a one-time anomaly, we can deal with it, whether its a hurricane or algae bloom. We can get over it. If it’s continuous, then we will be having a different conversation.”

The conversation now is whether real estate is still a thriving business locally despite the water woes.

Numbers from the Multiple Listing Service show Cape Coral homes have gone up in price almost 35% since 3 years ago. Home values in Fort Myers are up 22% in the same time.

Why have some home prices gone up even though water quality continues to suffer?  Demogenes says supply and demand. More people are moving to Cape Coral ever year.  “It starts with tourism. Good tourism leads to good real estate sales."

Basically, if more people are afraid to buy because of the algae in the water, that means more properties will be on the market, and property values take a hit.

Demogenes says he’s seen that play out. He’s seen people visit Southwest Florida looking to move here only to be turned off by the fluorescent green algae and the stench that comes with it.

“We’ve lost a couple of sales,” Demogenes said. “If the algae got much worse, I think people will start looking elsewhere.”

However, Demogenes says he’s confident with cleaner water in the works, and relatively cheaper waterfront home prices than surrounding cities, there’s still a lot of promise for your investment.

“In 8 to 10 years, we should have nice water that’ll increase our quality of life and the value of our properties.”