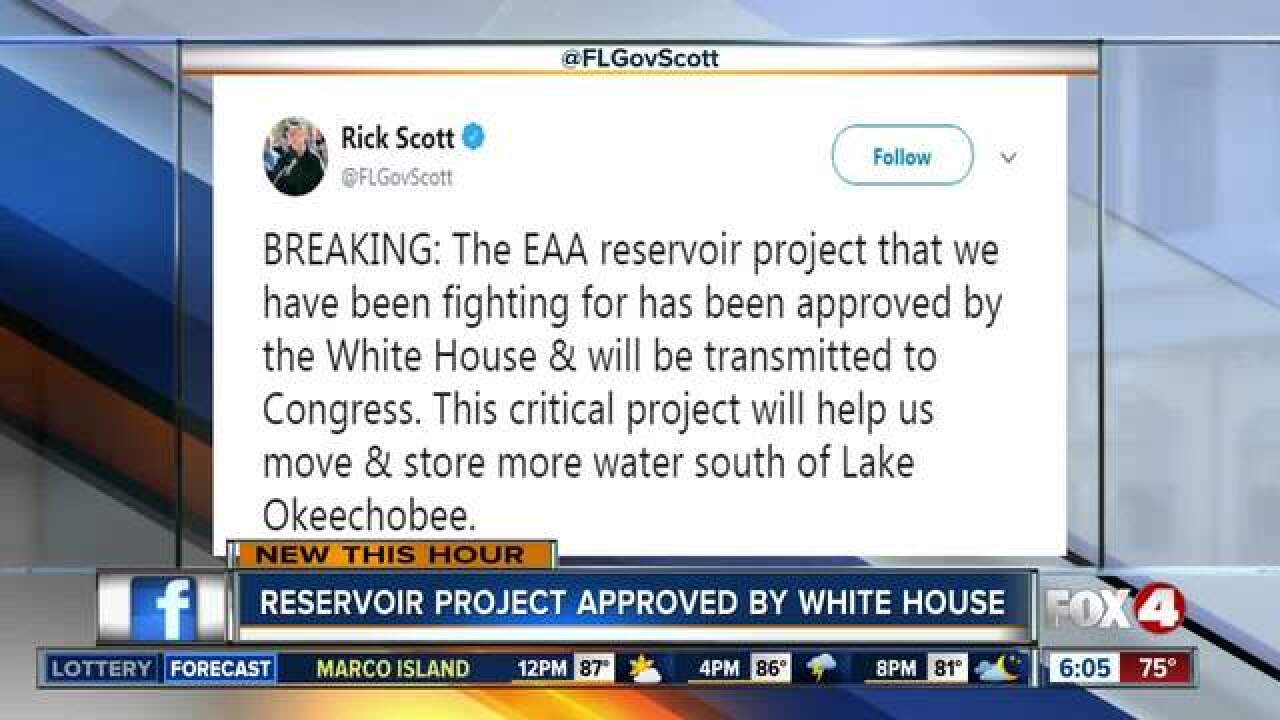 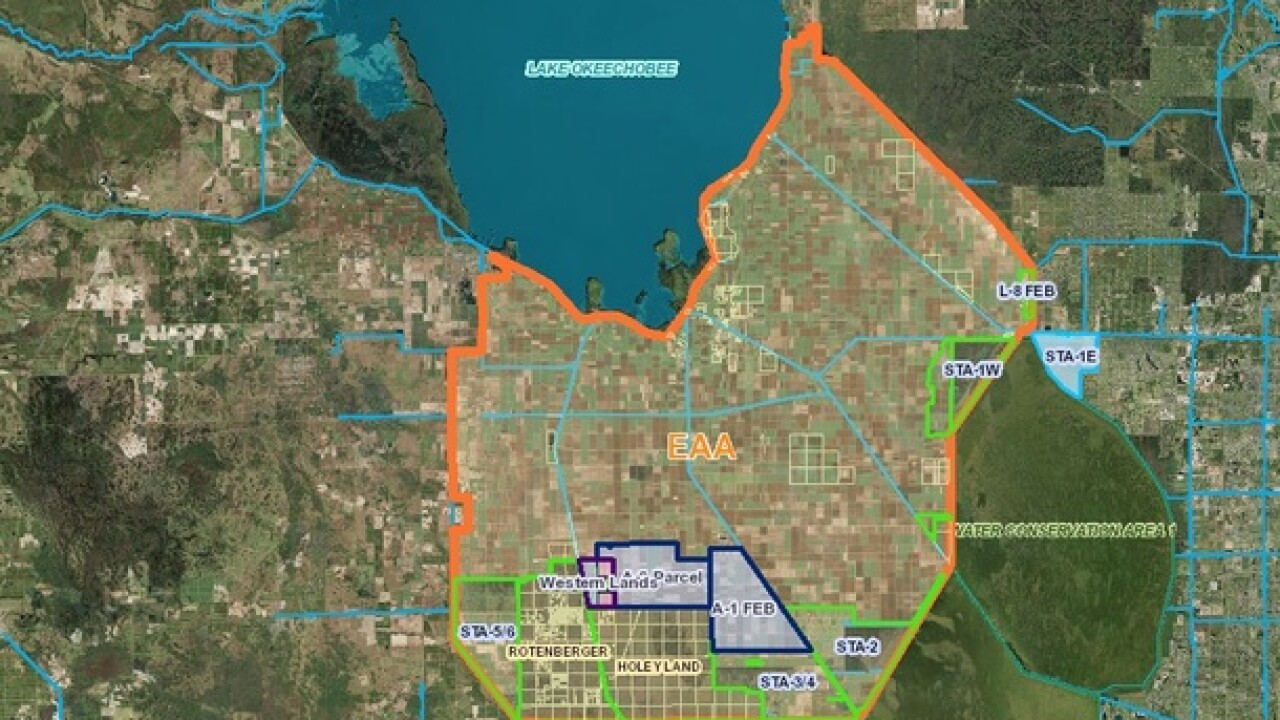 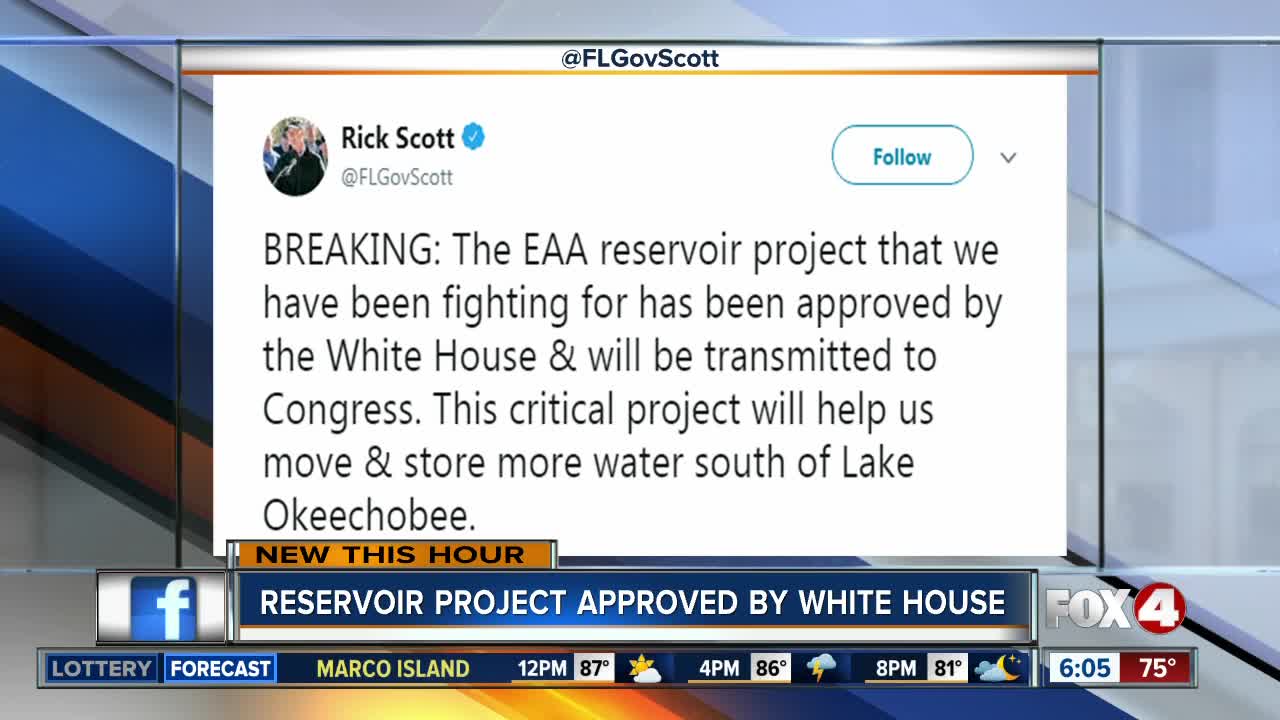 It is now up to Congress to move the project forward.

Senators Bill Nelson and Marco Rubio have been shoring up support for the project from their fellow senators.

The reservoir would go south of Lake Okeechobee, and would allow water to be stored during rainy season, which would eliminate the water releases.

The project would cost about $1.5 billion and would be built on state land.

BREAKING: The EAA reservoir project that we have been fighting for has been approved by the White House & will be transmitted to Congress. This critical project will help us move & store more water south of Lake Okeechobee.