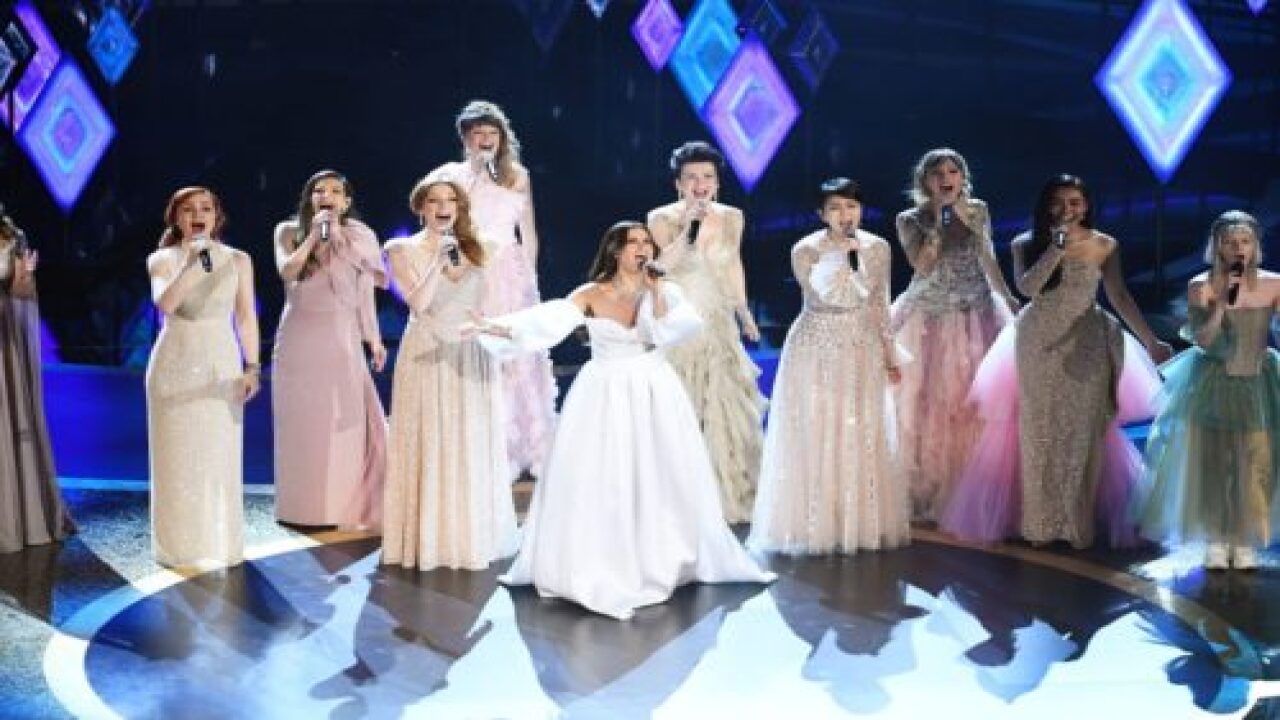 The 92nd annual Academy Awards had its share of shining moments on this past Sunday, Feb. 9. But a particular group of talented women managed to capture the magic of the Oscars with a performance that embraced how music and movies bring together the entire world.

As part of the award ceremony’s live performance of nominees for Best Orginal Song, Idina Menzel took to the stage to sing “Into the Unknown” from Disney’s “Frozen 2.” The song was one of Elsa’s powerhouse numbers from the movie, which has become the highest-grossing animated feature of all time with more than $1.3 billion in global box office sales.

To showcase the song’s — and the movie’s — worldwide appeal, Menzel was joined by nine other women who play Elsa in various international versions of the film: Maria Lucia Heiberg Rosenberg from Denmark, Willemijn Verkaik from Germany, Takako Matsu from Japan, Carmen Garcia Saenz from Latin America, Lisa Stokke from Norway, Kasia Laska from Poland, Anna Buturlina from Russia, Gisela from Spain, and Gam Wichayanee from Thailand.

The song began with the haunting call of “The Voice” Elsa heard in “Frozen 2,” which drew her into a world of adventure. The voice behind this melody was Norwegian singer Aurora, who also performed with Menzel in “Frozen 2.”

Menzel then took the lead on the Oscars’ stage but, one by one, the other singers took their place in the spotlight to sing “Into the Unknown” in their native language. The blend of their voices and how the lyrics worked together was absolutely stunning.

“These dubbed versions provide kids and adults everywhere their own special connection to the story and its characters,” said Josh Gad, who voices Olaf in the films, during his introduction to the performance.

“Into the Unknown” may not ultimately have won the Oscar, but the performance won the hearts of audiences around the world.