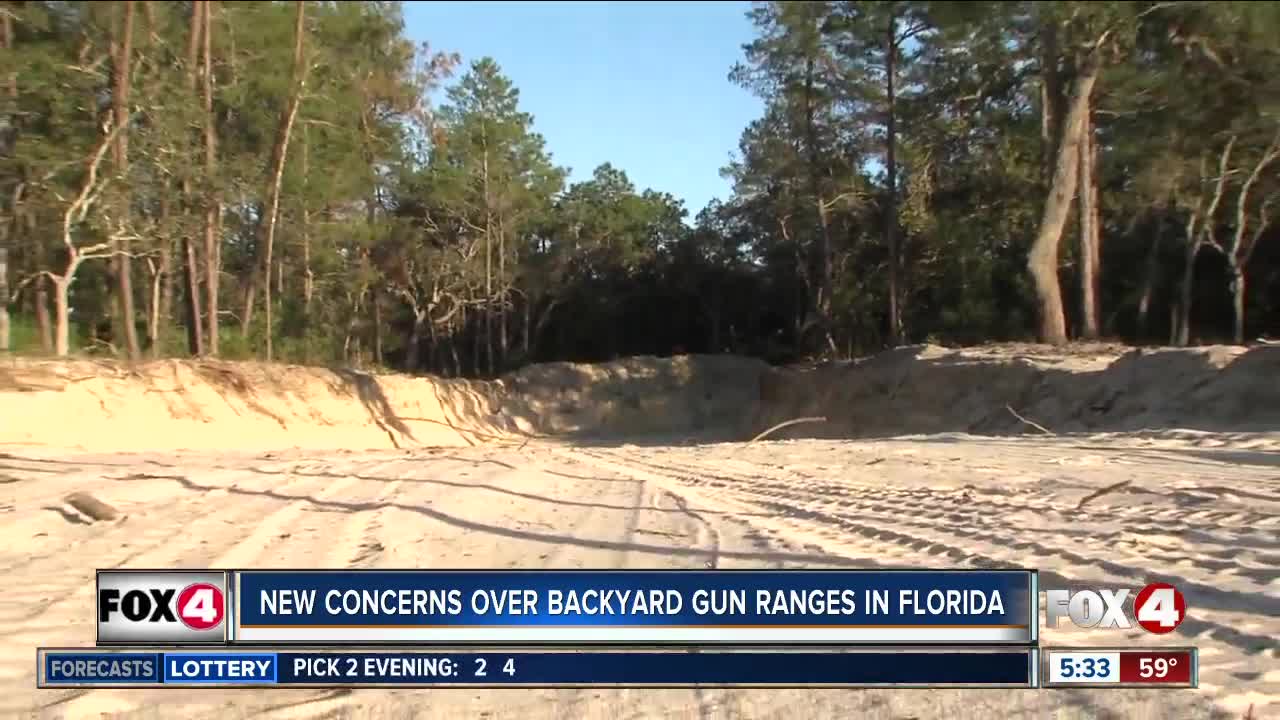 You may not know this, but your neighbors are legally allowed to build a gun range in their backyard... Even if it means bullets being fired toward your home. And now some Florida homeowners are scared for their safety after this discovery. 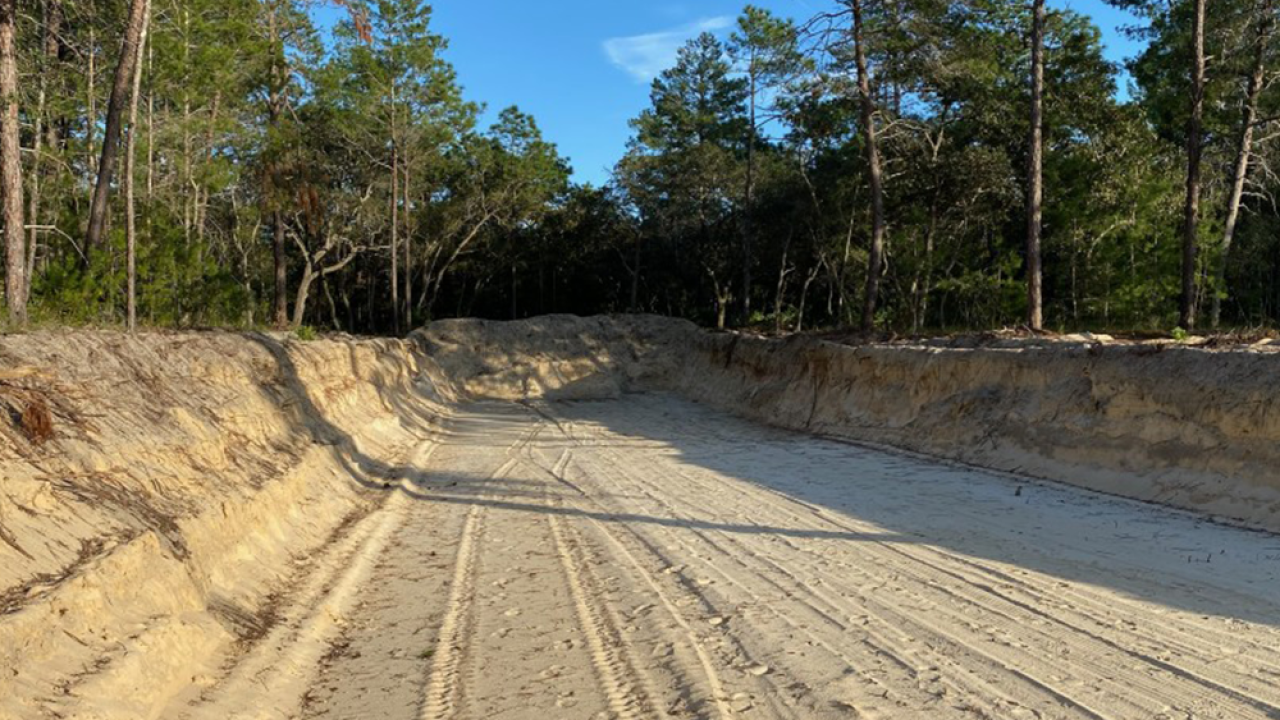 WEEKI WACHEE, Fla. — A home under construction in a rural part of Hernando County has a unique addition to the backyard that has people living directly behind it concerned for their safety.

The homeowner is building a private gun range. The backstop ends just feet from where the property line of another home in the Weeki Wachee neighborhood begins.

"I think a sane person would not even remotely consider doing this," Misty Cintron said.

Cintron and her husband Jason said they built a home in the rural community for a better life. A few weeks ago, they noticed a large clearing behind their house.

ABC Action News reporter Michael Paluska spoke to the man constructing the home and gun range. We are not naming the homeowner because he is a private citizen and is not breaking the law.

He is also licensed with the Bureau of Alcohol, Tobacco, Firearms, and Explosives (ATF) as a commercial gun dealer.

He allowed us onto his property to see the rough outline of the range up close. The berm is roughly 20 feet high, and the builder says he is focusing on making the backstop even safer by building up an addition 25 feet or higher.

Weapons and firearms are regulated through Florida Statutes 790.15, 790.33, 790.333, & 823.16, which contains certain preemptions from local regulations. Cintron said those laws only protect the gun owner and do nothing to protect her life and property downrange.

For example, statute 790.15 states, "any person who recreationally discharges a firearm outdoors, including target shooting, in an area that the person knows or reasonably should know is primarily residential in nature and that has a residential density of one or more dwelling units per acre, commits a misdemeanor of the first degree."

Cintron's property is less than an acre so she can't legally fire a weapon recreationally. Just on the other side of her property line, her neighbor's acreage is well within the legal requirement.

Cintron said the only way the homeowner would violate Florida state law is if any of the bullets fired cross into her property or into another residential zone. Cintron said she does not doubt that she will have shrapnel and bullet fragments in her yard.

"The state is failing us, failing miserably," Cintron said. "The problem with this is there is no regulation and guidance by the state. Anybody can do this. So, you could find yourself in this situation with the neighbor next door; it's not prudent it's not safe."

We asked the homeowner if he could aim the rifle range in a different direction away from homes. He said he offered to move the berm slightly to the right, but, it wasn't good enough for his neighbors. The homeowner also said because of the geography of his property that spot was the safest spot to build the range.

"Originally, we said you know what if you move it that way, I'd feel a lot more comfortable because you are not aiming it at my house and there is nobody that lives that way," Cintron said. "His response was, you know, this is his dream... I'm all for people's dreams but I have a dream too, you know. I want to see my children grow up, my grandchildren, my dreams don't affect other people. This is very unreasonable. If you are so comfortable, why don't you turn it around and face it toward your house? Oh, I just can't do that. He gave every excuse."

The homeowner told ABC Action News reporter Michael Paluska he planned to shoot .20 caliber and .50 caliber rounds, but a majority of his shooting would be from pistols.

On Thursday, Hernando County Code Enforcement, the sheriff's department and the county attorney's office met to discuss complaints lodged against the building of the range.

Cintron said the county informed her Thursday night the county found no code or statutory violations with the building of the gun range.

The builder told us he plans to finish the home and range in the next 10 months. He invited us out to shoot and verify for ourselves how safe it was.

Cintron said he invited her too. She isn't taking him up on that offer.

"My daughter is going to be fully prepared to at my death to take on the state that they failed me," Cintron said.