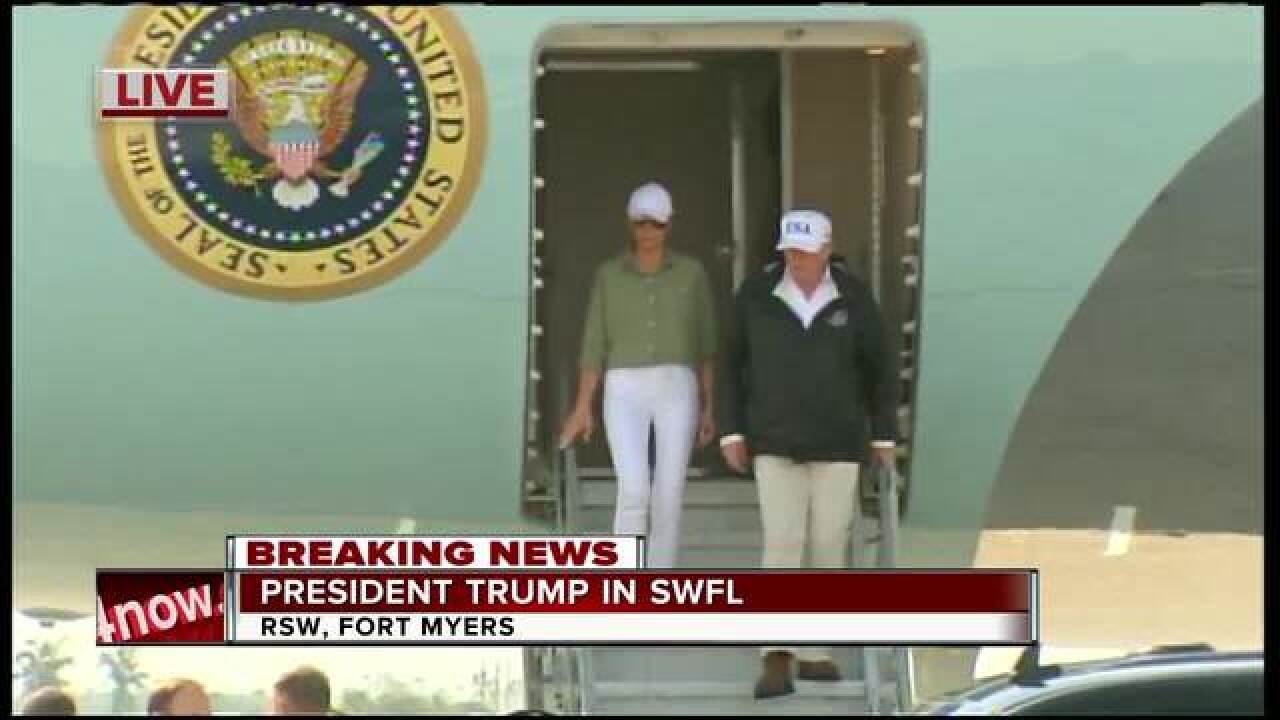 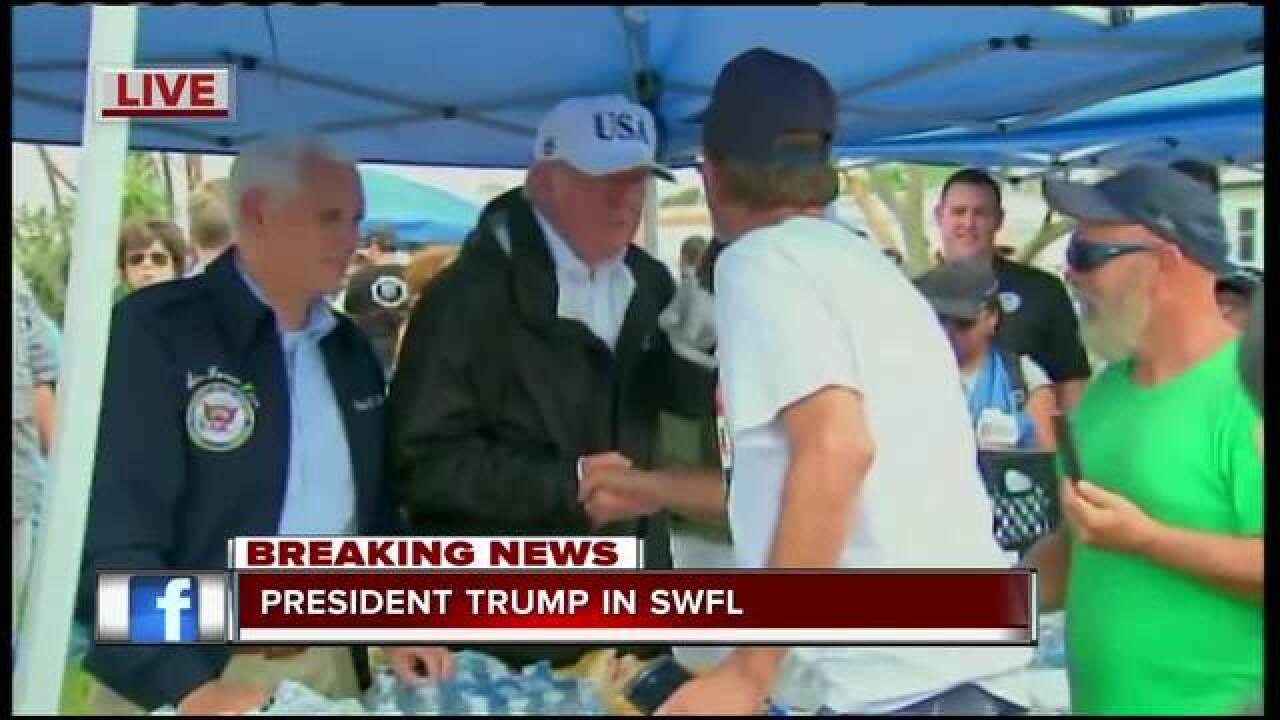 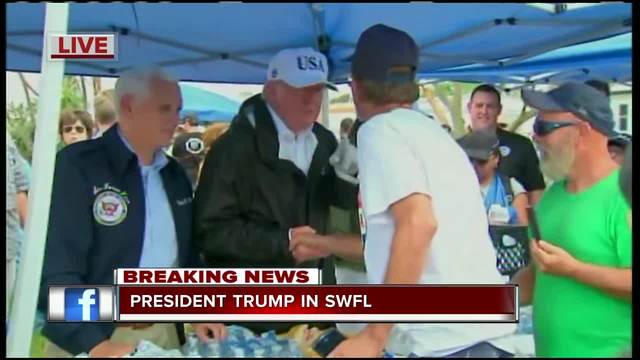 They were joined by first lady Melania Trump at Naples Estates, a mobile home community for people 55 and older. Around them were piles of debris, including tall piles of siding, furniture and branches.

The trio handed out food and posed for photos as people approached them. Most thanked them. One man yelled, "Make America Great Again!" Another told Trump that he "married well."

Trump pledged to be "there for you 100 percent."

Trump was touring the storm damage in Southwest Florida, where many remain swamped and without electricity. Nearly 2.7 million homes and businesses, about 1 in 4 Florida customers, remain without power.