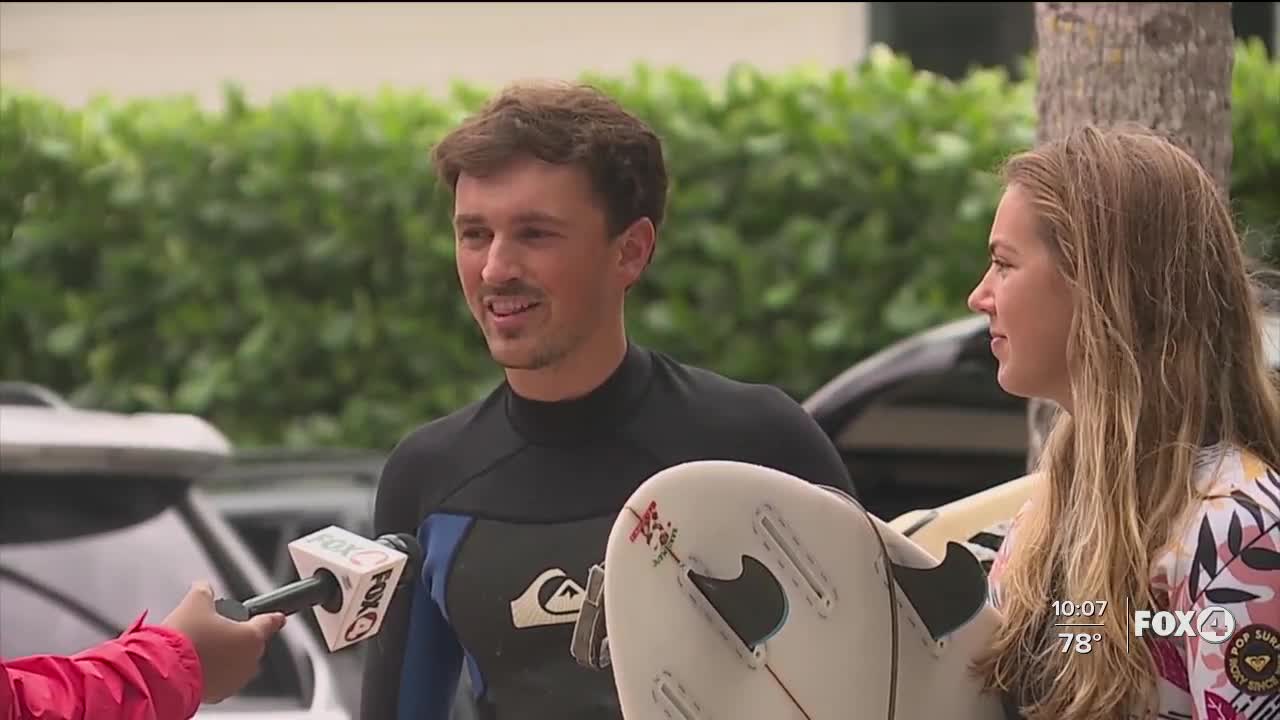 Eta didn't keep everyone indoors.Tonight we show you the folks who made the best of her fury.

NAPLES, FLA — Hurricane Eta came crashing in Wednesday and while the winds and rain it brought kept many inside.

At Naples beach, those conditions had the opposite effect.

"It's a pretty good day for us," said surfer John Wilson.

Some came to chill, others to snap pics, but those who love water sports say they've been waiting on a storm like eta.

"I bought a boogie board just for this time," said Robert Mascia, who lives in Naples.

"All the big waves are over in Miami," said Henry Louis, who lives in Naples.

Here's a more technical explanation from Wilson, who is a longtime surfer.

"You get a little bit of a bigger swell and a longer swell period. So, if you watch the surfers out there it gives them some more time to get out past the breaking waves and then it gives you more time to settle in and actually pick and choose which waves you wanna go for," he said.

And if you're wondering, yes these folks do know that some of you think they're crazy.

"I gotta live my life to the fullest when I can," said Mascia.

But they also want you to know that they take safety and the buddy system just as seriously as the waves.

"It can definitely get kind of scary out there if the tide changes on you pretty quick so as long as you're with a friend that's a little more experienced and can help you get out of the water if you get in a bad situation, you're good to go," said Wilson.